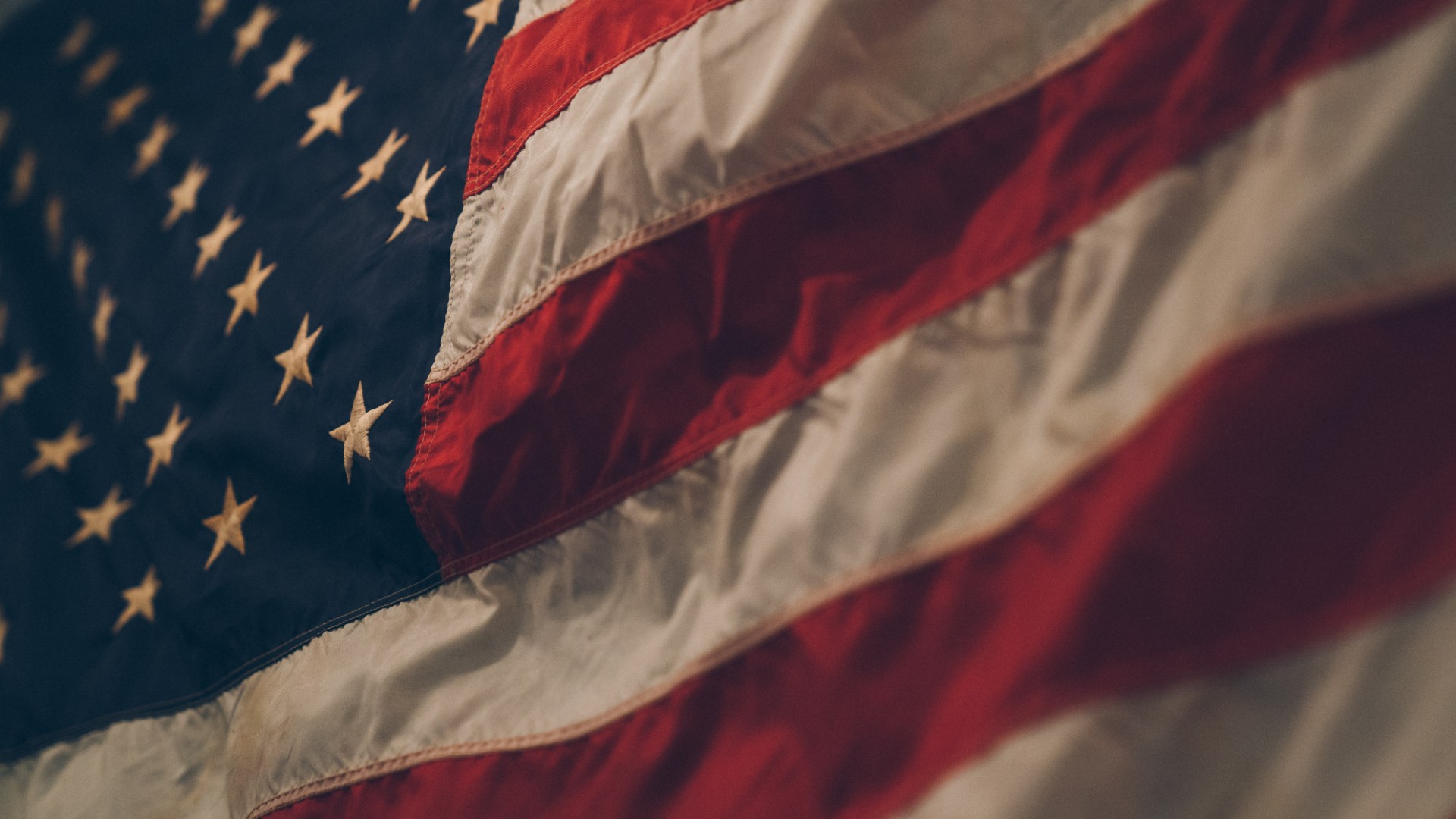 Was the faith of the Founding Fathers deism or Christianity? What does the answer mean for us today? Both the secularists and the Christians have missed the mark.

There's been a lot of rustle in the press lately--and in many Christian publications--about the faith of the Founding Fathers and the status of the United States as a "Christian nation." Home schooling texts abound with references to our religious heritage, and entire organizations are dedicated to returning America to its spiritual roots. On the other side, secularists cry "foul" and parade their own list of notables among our country's patriarchs. They rally around the cry of "separation of church and state." Which side is right? Oddly both, after a fashion.

Historical proof-texts can be raised on both sides. Certainly there were godless men among the early leadership of our nation, though some of those cited as examples of Founding Fathers turn out to be insignificant players. For example, Thomas Paine and Ethan Allen may have been hostile to evangelical Christianity, but they were firebrands of the Revolution, not intellectual architects of the Constitution. Paine didn't arrive in this country until 1774 and only stayed a short time.

It's not necessary to dig through the diaries, however, to determine which faith was the Founder's guiding light. There's an easier way to settle the issue.

The phrase "Founding Fathers" is a proper noun. It refers to a specific group of men, the 55 delegates to the Constitutional Convention. There were other important players not in attendance, like Jefferson, whose thinking deeply influenced the shaping of our nation. These 55 Founding Fathers, though, made up the core.

The denominational affiliations of these men were a matter of public record. Among the delegates were 28 Episcopalians, 8 Presbyterians, 7 Congregationalists, 2 Lutherans, 2 Dutch Reformed, 2 Methodists, 2 Roman Catholics, 1 unknown, and only 3 deists--Williamson, Wilson, and Franklin--this at a time when church membership entailed a sworn public confession of biblical faith. [John Eidsmoe, Christianity and the Constitution, (Grand Rapids: Baker, 1987), p. 43.]

This is a revealing tally. It shows that the members of the Constitutional Convention, the most influential group of men shaping the political foundations of our nation, were almost all Christians, 51 of 55--a full 93%. Indeed, 70% were Calvinists (the Episcopalians, Presbyterians, and the Dutch Reformed), considered by some to be the most extreme and dogmatic form of Christianity.

Even Franklin the deist is equivocal. He was raised in a Puritan family and later adopted then abandoned deism. Though not an orthodox Christian, it was 81-year-old Franklin's emotional call to humble prayer on June 28, 1787, that was the turning point for a hopelessly stalled Convention. James Madison recorded the event in his collection of notes and debates from the Federal Convention. Franklin's appeal contained no less than four direct references to Scripture.

And have we forgotten that powerful Friend? Or do we imagine that we no longer need His assistance? I have lived, sir, a long time and the longer I live the more convincing proofs I see of this truth: that God governs in the affairs of men. And if a sparrow cannot fall to the ground without his notice, is it probable that an empire can rise without His aid? We have been assured, sir, in the sacred writings that 'except the Lord build the house, they labor in vain that build it.' I firmly believe this and I also believe that without His concurring aid, we shall succeed in this political building no better than the builders of Babel. [Benjamin Franklin, quoted by James Madison in Notes on Debates in the Federal Convention of 1787 (Athens: Ohio University Press, 1966, 1985), p. 209.]

Three of the four cornerstones of the Constitution--Franklin, Washington, and Madison--were firmly rooted in Christianity. But what about Thomas Jefferson? His signature cannot be found at the end of the Constitution, but his voice permeates the entire document.

Though deeply committed to a belief in natural rights, including the self-evident truth that all men are created equal, Jefferson was individualistic when it came to religion; he sifted through the New Testament to find the facts that pleased him.

Sometimes he sounded like a staunch churchman. The Declaration of Independence contains at least four references to God. In his Second Inaugural Address he asked for prayers to Israel's God on his behalf. Other times Jefferson seemed to go out of his way to be irreverent and disrespectful of organized Christianity, especially Calvinism.

It's clear that Thomas Jefferson was no evangelical, but neither was he an Enlightenment deist. He was more Unitarian than either deist or Christian. [Eidsmoe has a very thorough and even-handed section on Jefferson.]

This analysis, though, misses the point. The most important factor regarding the faith of Thomas Jefferson--or any of our Founding Fathers--isn't whether or not he had a saving knowledge of Jesus Christ. The debate over the religious heritage of this country is not about who is ultimately going to heaven, but rather about what the dominant convictions were that dictated the structure of this nation.

Even today there are legions of born-again Christians who have absolutely no skill at integrating their beliefs about Christ with the details of their daily life, especially their views of government. They may be "saved," but they are completely ineffectual as salt and light.

By contrast, some of the Fathers may not have been believers in the narrowest sense of the term, yet in the broader sense--the sense that influences culture--their thinking was thoroughly Christian. Unlike many evangelicals who live lives of practical atheism, these men had political ideals that were deeply informed by a robust Christian world view. They didn't always believe biblically, having a faith leading to salvation, but almost all thought biblically, resulting in a particular type of government.

Thomas Jefferson was this kind of man. In Defending the Declaration, legal historian Gary Amos observes, "Jefferson is a notable example of how a man can be influenced by biblical ideas and Christian principles even though he never confessed Jesus Christ as Lord in the evangelical sense." [Gary T. Amos, Defending the Declaration, (Brentwood, TN: Wogelmuth & Hyatt, 1989), p. 9.]

When you study the documents of the Revolutionary period, a precise picture comes into focus. Here it is:

We can safely draw two conclusions from these facts, which serve to inform our understanding of the relationship between religion and government in the United States.

First, Christianity was the prevailing moral and intellectual influence shaping the nation from its outset. The Christian influence pervaded all aspects of life, from education to politics. Therefore, the present concept of a rigid wall of separation hardly seems historically justified.

Virtually every one of the Founders saw a vital link between civil religion and civil government. George Washington's admonitions in his Farewell Speech, September 19, 1796, were characteristic of the general sentiment:

Of all the dispositions and habits which lead to political prosperity, religion and morality are indispensable supports....And let us indulge with caution the supposition that morality can be maintained without religion. Reason and experience both forbid us to expect that national morality can prevail in exclusion of religious principles. [The Annals of America, (Chicago: Encyclopedia Britannica, 1976), vol. 3, p. 612.]

Second, the Founders stopped short of giving their Christian religion a position of legal privilege. In the tradition of the early church, believers were to be salt and light. The First Amendment insured the liberty needed for Christianity to be a preserving influence and a moral beacon, but it also insured Christianity would never be the law of the land.

This ought to call into serious question a common tactic of the so-called Religious Right. "We were here first," their apologists proclaim. "Our country was stolen from us, and we demand it back." Author John Seel calls this "priority as entitlement."

The sad fact of the matter is that cultural authority was not stolen from us; we surrendered it through neglect. Os Guinness pointed out that Christians have not been out-thought. Rather, they have not been around when the thinking was being done.

Choosing cultural monasticism rather than hard-thinking advocacy, Christians abandoned the public square to the secularists. When the disciples of Jesus Christ retreated, the disciples of Dewey, Marx, Darwin, Freud, Nietzsche, Skinner, and a host of others replaced them.

Seel warns of the liability of an "appeal to history as a basis of Christian grounds to authority."[John Seel, No God But God--Breaking with the Idols of Our Age, Os Guinness and John Seel, eds., (Chicago: Moody Press, 1992), p. 64.] Playing the victim will not restore our influence, nor will political strong-arm tactics. Shouldn't our appeal rather be on the basis of truth rather than on the patterns of the past?

The faith of our Founding Fathers was Christianity, not deism. In this regard, many secularists--and even some Christians--have been wrong in their assessment of our history. On the other hand, many Christians have also been mistaken in their application of the past to the present.

Christians have no special privileges simply because Christianity was America's first faith. "If America ever was or ever will be a 'Christian nation,'" Seel observes, "it is not by conscious design or written law, but by free conviction." [John Seel, No God But God--Breaking with the Idols of Our Age, Os Guinness and John Seel, eds., (Chicago: Moody Press, 1992), p. 69.]

Success for the Christian cannot be measured in numbers or political muscle, but only in faithfulness. Our most important weapon is not our voting power, but the power of the truth freely spoken and freely heard.

The Light and the Glory, Peter Marshall and David Manuel (Grand Rapids: Revell, 1977)

Defending the Declaration--How the Bible and Christianity Influenced the Writing of the Declaration of Independence, Gary T. Amos (Brentwood, TN: Wogelmuth & Hyatt, 1989)

What Was the Faith of Our Founding Fathers?