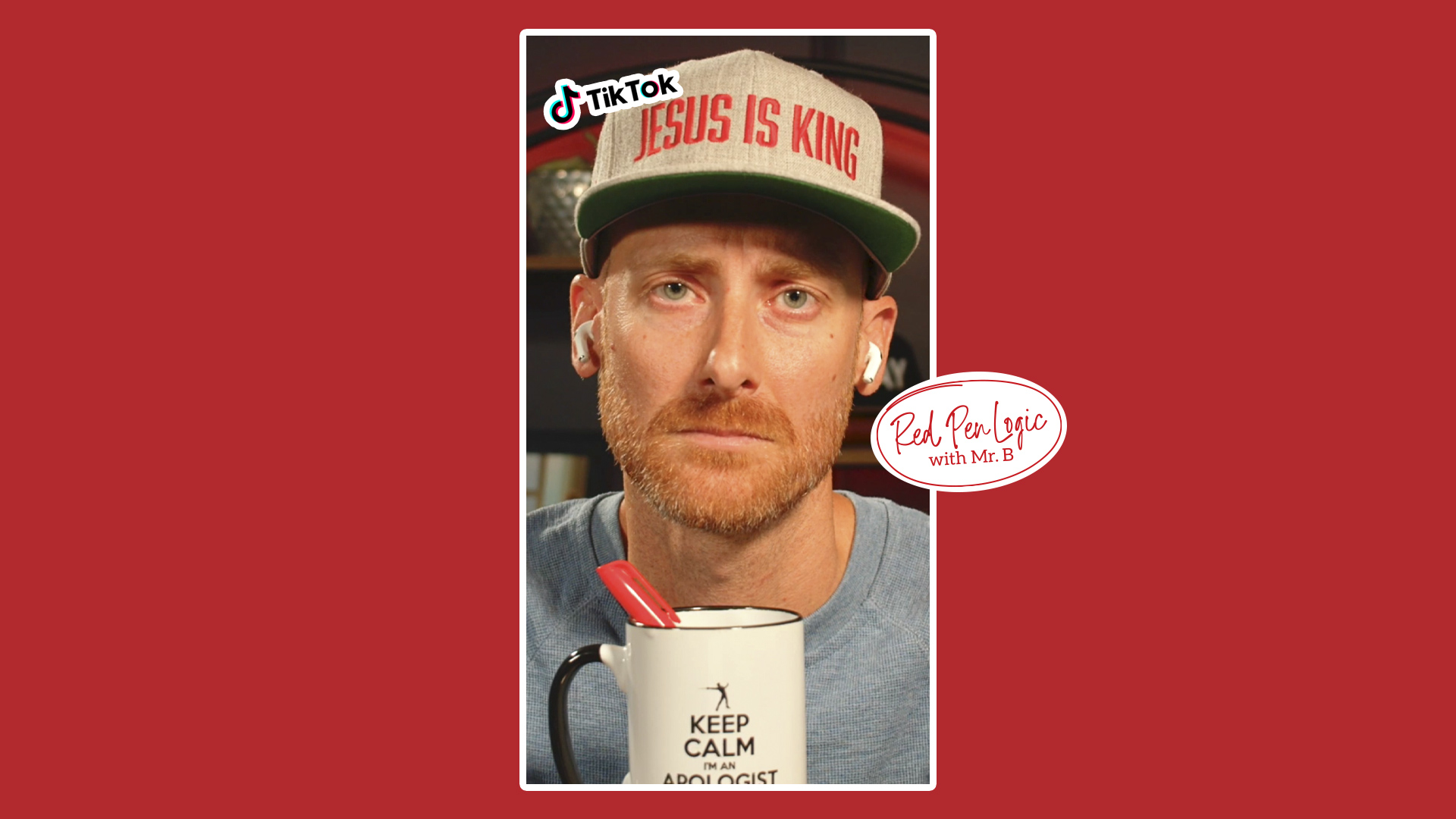 Tim responds to an atheist who says there’s no proof for God and that religion is an emotional comfort that holds back progress and is used to control people.

Original Video: Why don’t you believe in God? This is the question I’m asked. If believing in a God gives you comfort, so be it. For me, there is not a shred a verifiable proof of the existence of your God or any of the thousands of gods that are claimed to exist. Religion is a holdover from the infancy of humanity that was used to control large groups of people and leveraged to create power. Until the millstone of religion is removed from around the neck of humanity, we will never progress as a species because, even today, religion and the belief in God, or any god, is used to create division, hatred, and death. Have a nice day.

Tim: The original question is, “Why don’t you believe in God?” Let me start by saying I appreciate this person takes the time to give a response. Let’s look at what he says together.

First, we’re told that there isn’t a shred of verifiable proof for God. Now, this response should be a giant red flag. I get that some people aren’t persuaded by the evidence for God, but to say there’s no evidence—like zero, zilch, nada—is a massive overstatement. For centuries, brilliant men and women have offered arguments for God. For example, God has been argued as the best explanation of the origin of the universe and life, of objective morality and beauty, of miracle claims and personal experience—just to name a few. These aren’t nothing.

Third, he mentions that religion has been used to control people. Well, that can be true at times, but how does this show that religion isn’t true or that God doesn’t exist? Well, it doesn’t. Again, notice how this focuses on the motivation of the believer rather than the truth of the belief. By the way, when someone disqualifies a belief based on its origin or genesis, they have committed a genetic fallacy.

Finally, he says religion needs to be abandoned to progress as a species. This is a little ironic since it was religion—Christianity specifically—that brought us hospitals, universities, human rights, and modern science. I call that progress.

Have a nice day.