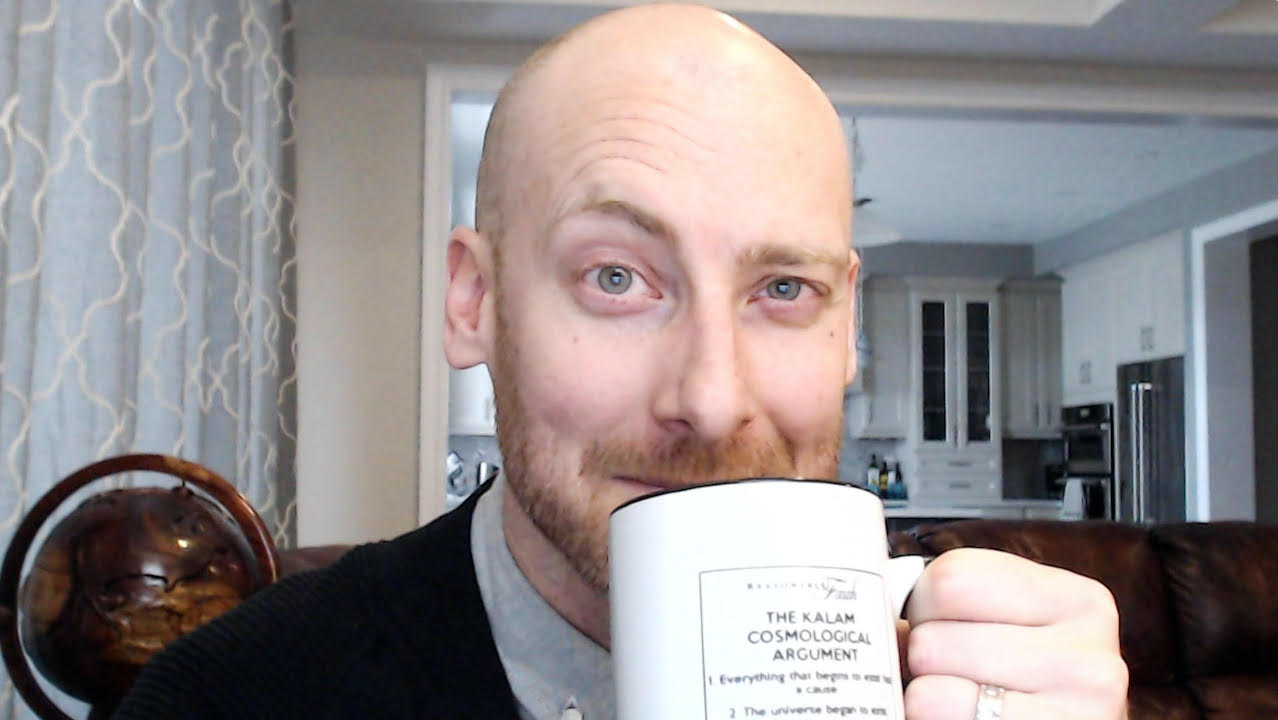 Atheist Completely Destroys Argument He Made Up 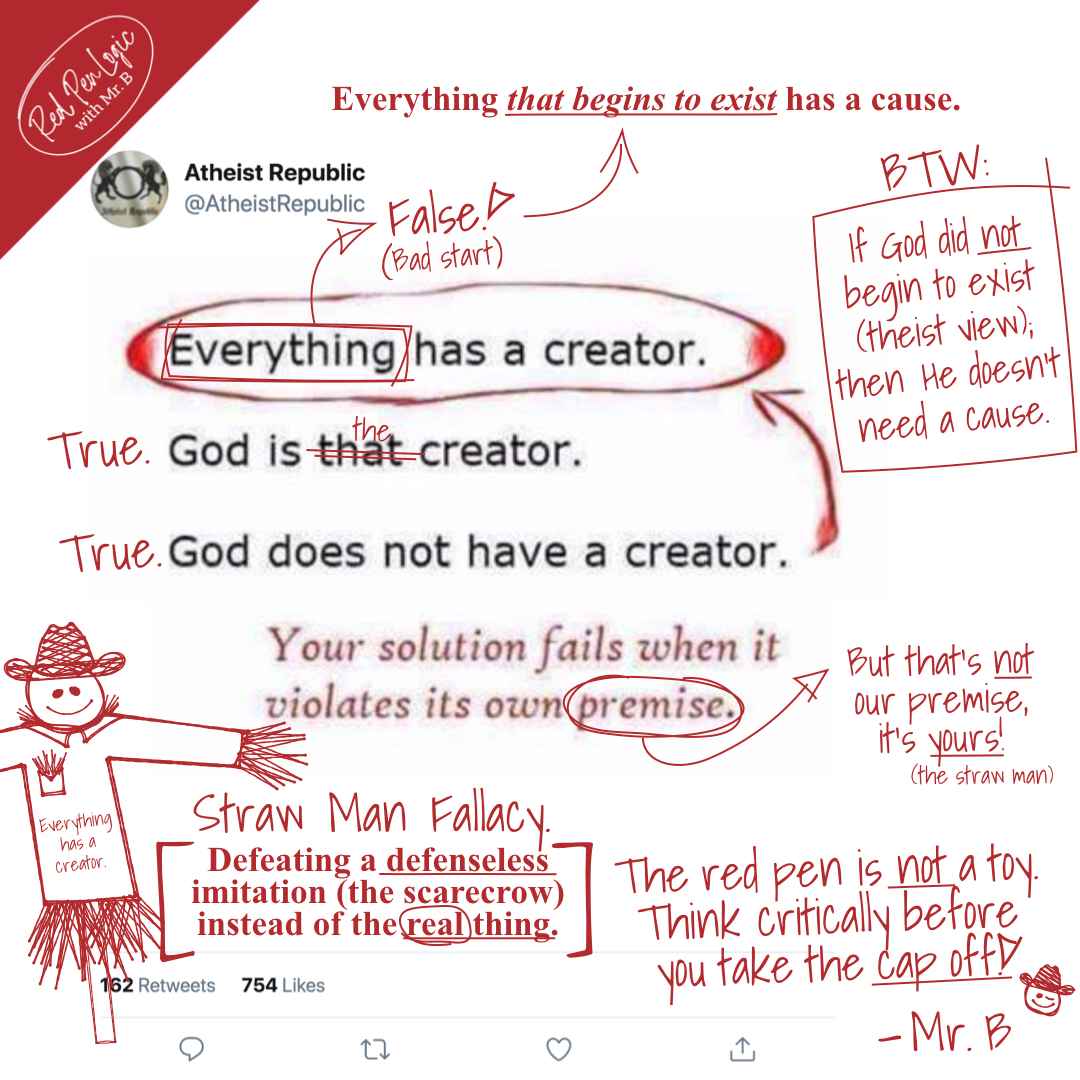 Before you can refute an idea, you have to actually understand the idea. Otherwise, you end up defeating a defenseless imitation of an argument—a straw man—instead of the real thing. Atheist Republic does a masterful job destroying an argument that no thoughtful Christian actually believes.

Christians don’t believe “everything has a Creator,” as Atheist Republic claims. Rather, Christians argue “everything that begins to exist has a cause.” Therefore, if God did not begin to exist, then He does not need a cause or Creator.

Some atheists attempt at refuting Christianity but only end up revealing they don’t understand Christianity.

Hi, I’m Tim Barnett, and today we’re applying some Red Pen Logic to a tweet from Atheist Republic. Class is in session.

Atheist Republic offers three propositions to try to show there’s a contradiction in the theistic worldview. First, everything has a creator. Second, God is that creator. And third, God does not have a creator. And then they pull out the red pen—I wonder where they got that idea—and they write, “Your solution fails when it violates its own premise,” and they draw an arrow. Let’s pull out our red pen and break this down.

Atheist Republic gets off to a really really bad start. The first premise is false. Game over. This concludes our time together.

Just kidding. You see, no Christian apologist makes that first claim. We don’t believe that everything has a creator. We believe that everything that begins to exist has a cause. That’s a fundamental distinction because if God did not begin to exist, then He doesn’t need a cause or creator. Notice Atheist Republic’s faulty argument is based on a complete misunderstanding of what Christians actually believe.

The second premise is true with an important qualification. God is the creator of everything that begins to exist. The third premise is also true. We believe that God does not have a creator.

Atheist Republic says that the solution fails when it violates its own premise, but that’s not our premise. It’s theirs. We don’t believe the first premise. Therefore, the solution does not violate what we actually believe. This is a textbook example of a straw man fallacy—when you defeat a defenseless imitation of an argument, the scarecrow, instead of the real thing. In other words, it’s easier to knock over a straw man than a real man.

I find it really hard to believe that Atheist Republic did not know that we believe everything that begins to exist has a cause. It’s literally the most popular argument that Christians use.

The red pen is not a toy. Think critically before you take the cap off. Class dismissed.