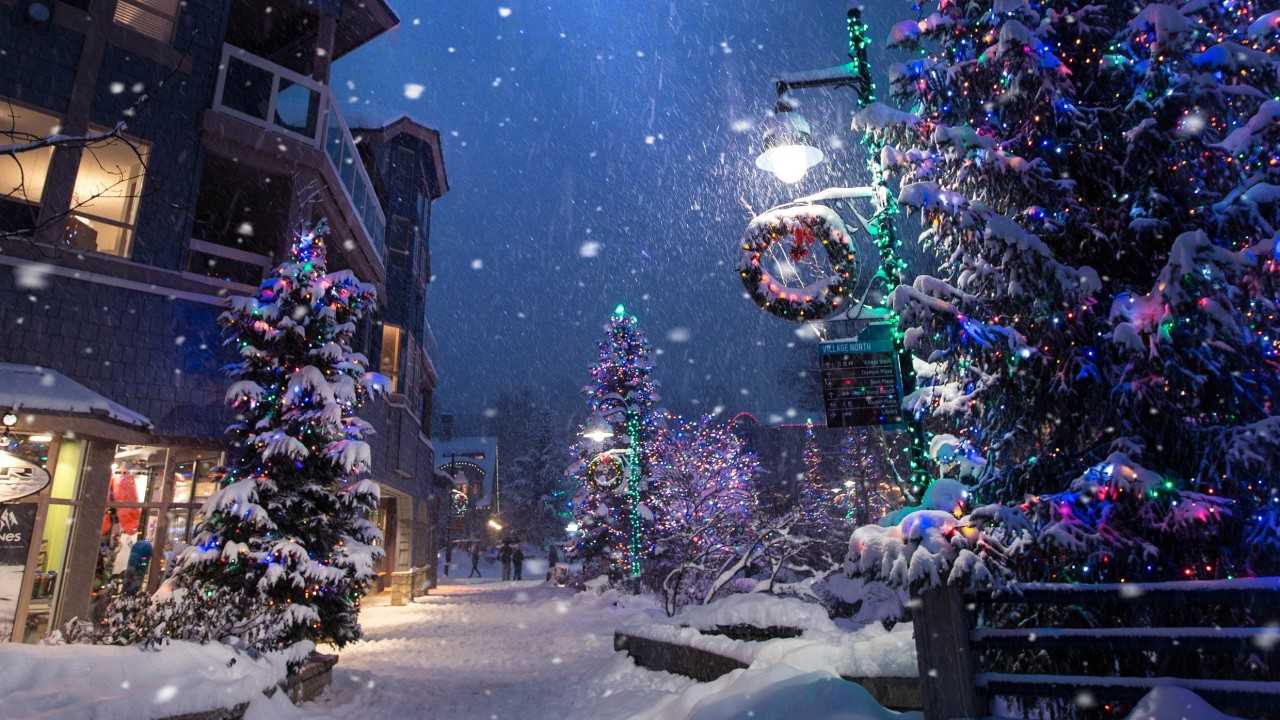 Greg sets the record straight on some old rumors about the origin of Christmas and separates the concepts of the meaning of Christmas from the spirit of Christmas.

The question of whether Christmas is pagan enters into the idea of cultural practices. Some have made the assertion that Christmas has pagan origins. Christmas does not have pagan origins, but there are winter celebrations that are pagan. There was, for example, a saturnal celebration around the time of Christmas that pagans celebrated, which was actually a temptation for Christians to participate in that had pagan content to it. So the church changed the day that they celebrated the birth of Christ. They used to celebrate it in the Spring. But the church said, We can celebrate it any time we want. Let’s celebrate it at the same time the pagans are celebrating their pagan festival. It’ll act as a contrast to that pagan festival because our celebration is the birth of the God-man, Jesus Christ. It has Biblical content. Plus it will protect Christians from being wooed away by this other celebration to participate in what was a pagan celebration.

It was really a wise thing that they did and the kind of thing that many missionaries do even nowadays. They take the momentum of a cultural practice—a cultural practice that may even have religious content to it, offensive religious content—and they redeem that for Christianity. They redefine what people have been doing. They reinvest it with new meaning. They capture the cultural form and they reinvest it with spiritual meaning.

By the way, there is an example of this in the Bible. Circumcision was practiced by the Egyptians before it was practiced by the Jews. It was a cultural practice which had some religious significance. God captured the practice, gave it to Abraham, reinvested it with new meaning and it became a religious rite for Abraham to worship his creator.

We think of circumcision as this really holy thing in the Old Testament associated with the covenant, which it was. But it wasn’t that way originally. By golly, it seems to me that if God can do such a thing—take a practice that had heathen content to it, save the practice, reinvest new information to it—then it certainly is okay for the church to do it.

We’ve done that many times. We’ve done that in other cultures and it served to offer a springboard for us into cultures using cultural forms and reinvesting them with new meaning. If you read Don Richardson’s books Eternity in Their Hearts or Peace Child, this is what he talks about. They captured cultural forms that had one meaning and reinvested it with a new meaning, and this became a springboard to reach into these cultures with the Gospel of Jesus Christ. And we’ve done the same thing with Christmas.

Now there is nothing at all wrong with that. We’re not celebrating a pagan holiday because the pagan holiday was the saturnal and we’re not worshiping the god of Saturn, or whatever the content was. We are not doing that. If you listen to the words of the song “Oh Christmas Tree, Oh Christmas Tree,” the original was written with the Christmas tree being a type of Jesus Christ. You look at the words and the gospel is in the words of the Christmas tree. So this is not a Christmas tree that we’re putting in our house as an idol to some tree god, or something like that. No, this is a tree that we are using as a cultural expression that can be invested with religious meaning for the Christian.

The same thing with the giving of gifts. That may have had a pagan meaning for others who practiced the other holiday. But for us giving of gifts is appropriate because it reflects the gift that God gave us in the person of Jesus.

My point is that we have liberty in reinvesting cultural forms with spiritual meaning. We have done that with Christmas. I don’t think there is anything wrong with that at all. I think it’s good and healthy for us to do so.

I think it can be legalistic to say one should not celebrate Christmas. There are different ways the term legalism can be used. One way it’s used is to mean that we take laws that aren’t God’s laws, but are in fact man’s laws, and we make them equal with God’s laws. For example, we take a man’s law that says we shouldn’t smoke. Now the Bible doesn’t say we shouldn’t smoke, it doesn’t say you shouldn’t drink, it doesn’t say you shouldn’t go to movies. We take our rules that we apply in our church or denomination and apply it to all Christians. That’s a type of legalism. In other words, we make things wrong that the Bible doesn’t make wrong.

It appears that is what is going on with Christmas. If you celebrate the birth of Christ, then you’re doing something wrong. My point is, this view is legalistic in that it makes things that aren’t Scripturally wrong and it makes them wrong. It makes something a rule to apply to men when God didn’t give them that rule.

I think the practice of Christmas is fully legitimate even though there may have some pagan elements that were originally associated with a celebration at this time. That doesn’t make our celebration of Christmas the same as that old celebration. In fact, it’s quite different. We are celebrating the birth of Jesus.

Now, we aren’t obliged to do so. There is nothing in the Scripture that says that we ought to, but it strikes me that it is entirely appropriate. It is appropriate, but not obligatory. If you look back in the Old Testament, one of the things that God did is He arranged for the Jews to celebrate festivals that He established to remind themselves of the significance of that event by participating in these annual festivals year to year.

Even Hanukkah, the Festival of Lights, wasn’t given by God in the Scriptures. It’s something that they do to recollect a deliverance, a special deliverance, that God gave them during what we call the inter-testamental period, those 400 years between Malachi and Jesus. Theirs is a festival that is commonplace now but which doesn’t have its source in a direct command in Scripture; but it does function like many of those other things that are in Scripture. It reminds people year to year of God’s faithfulness and His goodness.

What we do on Christmas is focus on the birth of Jesus Christ. I don’t understand how anyone can look at the Christmas carols that we sing during this time and say that this is pagan.

Even if the word Christmas came from the Catholic Christ Mass, it doesn’t mean that now. This is a fallacy—going back to the original etymology of the word, and holding that if you say this word you are affirming that meaning instead of the meaning that you hold the word to have at the present moment. Words don’t work that way. What the word Christmas means is the day that Christians celebrate the birth of Christ. That is what it means. There is not a bit of paganism in that, and for anyone to say that 500 years ago it meant this is inconsequential. It doesn’t mean that anymore. When we say the word Christmas, we are not blaspheming. It just doesn’t mean that. It just seems to be much ado about nothing.

Should a Christian celebrate the birth of Jesus Christ? That’s really what we are talking about. Some say no. Why? Because when you celebrate the birth of the Messiah, you are doing something pagan. How does that make any sense? Should someone have a Christmas tree or stockings? That’s a separate question. But should someone celebrate the birth of Christ? How could anybody object to that. I don’t agree with the assessment of the stockings or Christmas tree either. Frankly, there are probably all kinds of things I could find in their daily life—their little habits and things that they do—that if you went back to their beginnings their foundation has all kinds of questionable ideology, but they don’t have that significance for people now.

Actually, the language thing is a real important parallel because our words change meaning as time goes on. They are tokens for a particular meaning. At one point in history a word meant a particular thing, at a later point that word means something different so you can’t say that when you use the term later on you’re referring to the earlier meaning. That doesn’t make sense.

By the same token, Christmas trees and gifts and stockings, and that kind of thing, are tokens also. Now tokens are only things that represent something else, like a bus token. A bus token represents a ticket to ride on the bus. It doesn’t have meaning or value in itself; it’s simply a token of something else. Technically, this other thing is called a type. Now it may have been that a Christmas tree was a token in the past of a pagan type. It betokened worshiping nature, for example. The Christmas tree for a Christian no longer betokens worshiping nature. It betokens worshiping Jesus.

The spirit of Christmas, in my view, has to do with the feeling you have. The feeling is a result of your past experiences with Christmas. For me, the spirit of Christmas has nothing to do with Jesus. But this is why I can say, I have a Christmas tree not because the Christmas tree reminds me of Jesus, though I could imagine for some people it does, and if you were taught early on that the Christmas tree is representative of theological truth, then that becomes a theological meaning for you. But for me a tree and ornaments are just my cultural expression that has to do with the emotional impact with Christmas, and I think that’s fine.

The Christian Story Is No Pagan Story