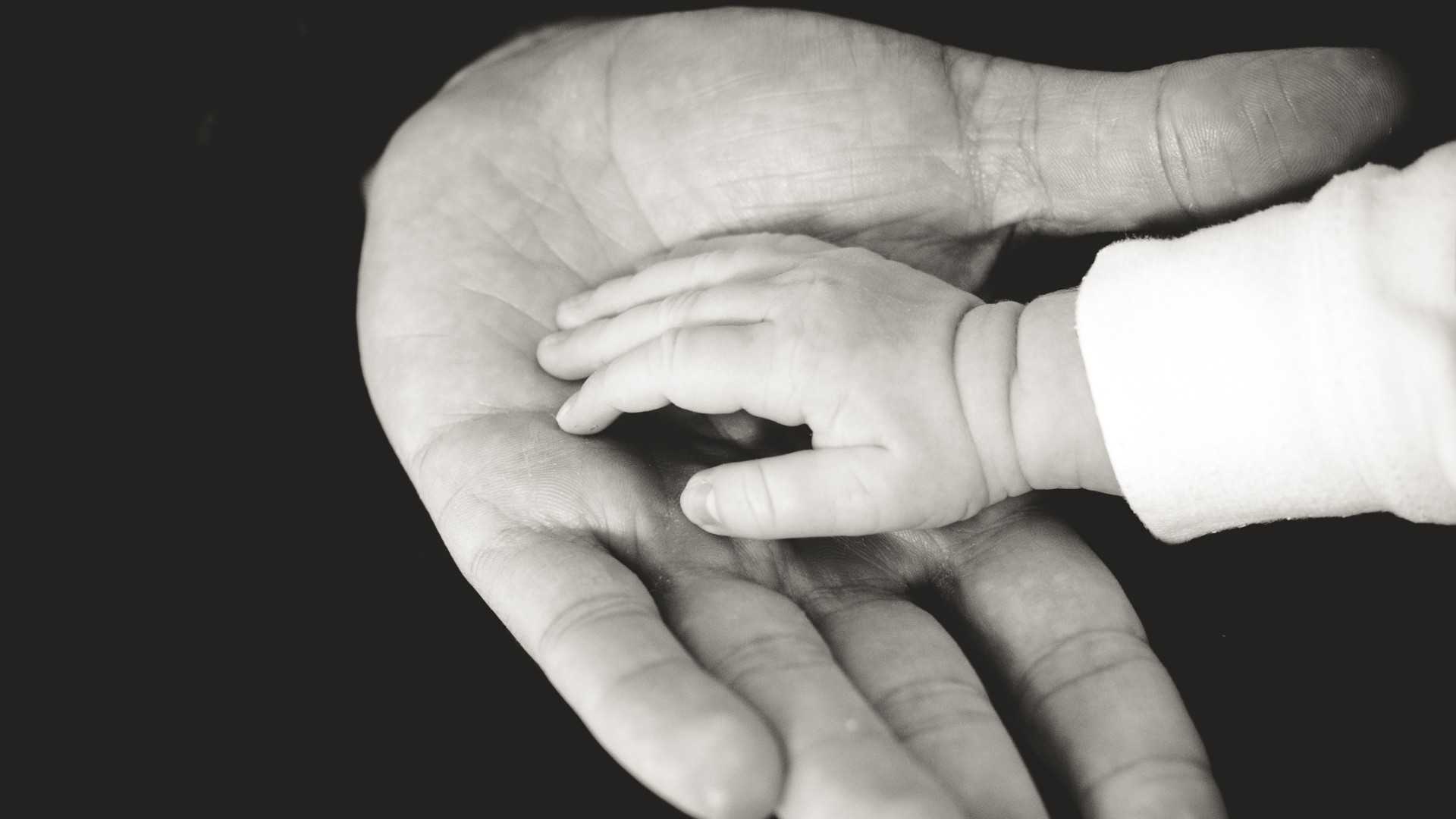 Here’s a charge I hear surprisingly often. From John Loftus in God or Godless?:

Child sacrifice was commanded of the Israelites by Yahweh, the biblical God. In Exodus 22:29-30 we read:

You shall not delay to offer from the fulness [sic] of your harvest and from the outflow of your presses. The first-born of your sons you shall give to me. You shall do likewise with your oxen and with your sheep: seven days it shall be with its dam; on the eighth day you shall give it to me. (RSV)

The context of this passage concerns offerings and sacrifices, and it says God requires firstborn sons to be literally sacrificed to him. Later on we find Yahweh admitting he commanded this in Ezekiel 20:25-26, where he purportedly said:

Moreover I gave them statutes that were not good and ordinances by which they could not have life; and I defiled them through their very gifts in making them offer by fire all their first-born, that I might horrify them; I did it that they might know that I am the LORD [Yahweh]. (RSV)

I’ll take those two passages one at a time, and then I’ll quote a passage that should definitively put an end to the idea that God required child sacrifice.

“Every Firstborn of My Sons I Redeem”

First, Exodus 22:29-30. In order to understand what is meant by “give to me” in reference to firstborn sons, we need to look earlier in the book of Exodus where God gives the specifics of how this is to be done, for Exodus 22:29-30 only addresses when the command is to be carried out; it doesn’t contain the instructions on how to do it (and contrary to Loftus, these verses aren’t anywhere near a section devoted to sacrifices). For the instructions, we need to go back to Exodus 13:12-13:

I don’t know how that could be clearer (and it’s repeated again in Exodus 34:20: “You shall redeem all the firstborn of your sons”). They are to sacrifice the animals, but redeem the sons. It helps to understand why God commanded this, which is explained in the verses immediately following, Exodus 13:14-15:

“And it shall be when your son asks you in time to come, saying, ’What is this?’ then you shall say to him, ’With a powerful hand the Lord brought us out of Egypt, from the house of slavery. It came about, when Pharaoh was stubborn about letting us go, that the Lord killed every firstborn in the land of Egypt, both the firstborn of man and the firstborn of beast. Therefore, I sacrifice to the Lord the males, the first offspring of every womb, but every firstborn of my sons I redeem.’”

Then the Lord spoke to Moses, saying, “Sanctify to Me every firstborn, the first offspring of every womb among the sons of Israel, both of man and beast; it belongs to Me.”

And just as God redeemed His sons from the death of the firstborn, so the Israelites are to redeem their sons. Chapter 13 sets all of this up immediately after the Israelites begin the Exodus. Child sacrifice fits neither with the specifics of these instructions, nor with the practice’s overall purpose of serving as a continual visual reminder of God’s redemption of the firstborn in the Exodus. If the Israelites had killed their firstborn, they would have been identifying their sons with the Egyptian firstborn who were killed under God’s judgment. That would obviously go against God’s stated purpose for commanding this in the first place.

God Gave Them Over to Statutes of Death

Now let’s look at the Ezekiel verses. They come at the end of a passage of judgment by God against Judah that recounts their rebellion even as far back as the 40 years in the wilderness. Here are excerpts to give verses 20:25-26 more context, in the more literal NASB:

I took them out of the land of Egypt and brought them into the wilderness. I gave them My statutes and informed them of My ordinances, by which, if a man observes them, he will live... But the children rebelled against Me; they did not walk in My statutes, nor were they careful to observe My ordinances, by which, if a man observes them, he will live... So I resolved to pour out My wrath on them, to accomplish My anger against them in the wilderness. But I withdrew My hand and acted for the sake of My name, that it should not be profaned in the sight of the nations in whose sight I had brought them out. Also I swore to them in that wilderness that I would scatter them among the nations and disperse them among the lands, because they had not observed My ordinances, but had rejected My statutes and had profaned My Sabbaths, and their eyes were on the idols of their fathers. I also gave them statutes that were not good and ordinances by which they could not live; and I pronounced them unclean because of their gifts, in that they caused all their firstborn to pass through the fire so that I might make them desolate, in order that they might know that I am the Lord...

Will you defile yourselves after the manner of your fathers and play the harlot after their detestable things? When you offer your gifts, when you cause your sons to pass through the fire, you are defiling yourselves with all your idols to this day.

The first thing to note here is that God says they defile themselves when they burn their children. God is against it and “pronounced them unclean” because of it. We also see that God first gave them statutes “by which, if a man observes them, he will live.” This is what God wanted for them—life. But they rejected those statutes, returning to idols; and attached to those idols were statutes of death, by which they defiled themselves. They would not have statutes of life? Then, God says, here are your idols’ statues of death. God gave them over to these statutes of death so He could judge them for their evil through their own actions, showing that He is Lord and judgment awaits those who reject His life-giving commands. Romans 1:18-29 gives some insight into this idea:

For the wrath of God is revealed from heaven against all ungodliness and unrighteousness of men who suppress the truth in unrighteousness... Professing to be wise, they became fools, and exchanged the glory of the incorruptible God for an image in the form of corruptible man and of birds and four-footed animals and crawling creatures...

And just as they did not see fit to acknowledge God any longer, God gave them over to a depraved mind, to do those things which are not proper, being filled with all unrighteousness, wickedness, greed, evil; full of envy, murder, strife, deceit, malice...

The “giving over” of cultures to do evil is part of God’s judgment. Just as God did not command the people of Romans 1 to murder, so He did not command the Israelites to burn their children in the fire. But He gave both over to the evil they desired so that “they might know that He is the Lord” through His judgment of that evil. Since His judgment proves He is against that evil, ironically, the Ezekiel passage is merely more evidence of God’s hatred of child sacrifice.

An “Abominable Act Which the Lord Hates”

Now we come to the nail in the coffin of the claim that “the biblical God required child sacrifices for His pleasure”—Deuteronomy 12:29-32:

“When the Lord your God cuts off before you the nations which you are going in to dispossess, and you dispossess them and dwell in their land, beware that you are not ensnared to follow them, after they are destroyed before you, and that you do not inquire after their gods, saying, ’How do these nations serve their gods, that I also may do likewise?’ You shall not behave thus toward the Lord your God, for every abominable act which the Lord hates they have done for their gods; for they even burn their sons and daughters in the fire to their gods.”

“Whatever I command you [specifically, in this context, in how to properly worship God], you shall be careful to do; you shall not add to nor take away from it [i.e., by following the examples of the other nations’ worship practices].”

This passage is the definitive response to those who claim God required the Israelites to engage in child sacrifice, because it closes a possible loophole: Some atheists argue that the only problem God had with the Israelites sacrificing their children was that they burned them to other gods; but here, the command specifically says they “shall not behave thus toward the Lord.” They’re not to serve their God the way the nations serve their gods, particularly not in this way. Why? Because, the text says, burning sons and daughters in the fire is an “abominable act which the Lord hates”—not merely when it’s done for other gods, but when it’s done toward the Lord. When the text says, “Every abominable act which the Lord hates they have done for their gods,” it’s the acts themselves that are specifically being condemned.

Loftus claims Ezekiel, in the sixth-century passage cited above (nearly a thousand years after Moses), tried to rationalize the Torah’s command to sacrifice the firstborn because “in his time [he] had come to realize that child sacrifice was repugnant.” But we don’t need to wait for the sixth century. We don’t even need to go beyond Moses and the Torah. Before the Israelites even entered the Promised Land, they were vehemently warned against sacrificing their sons and daughters to Yahweh.

The Canaanites: Genocide or Judgment?

The New Atheists and the Old Testament

The Bible Does Not Approve of Everything It Records