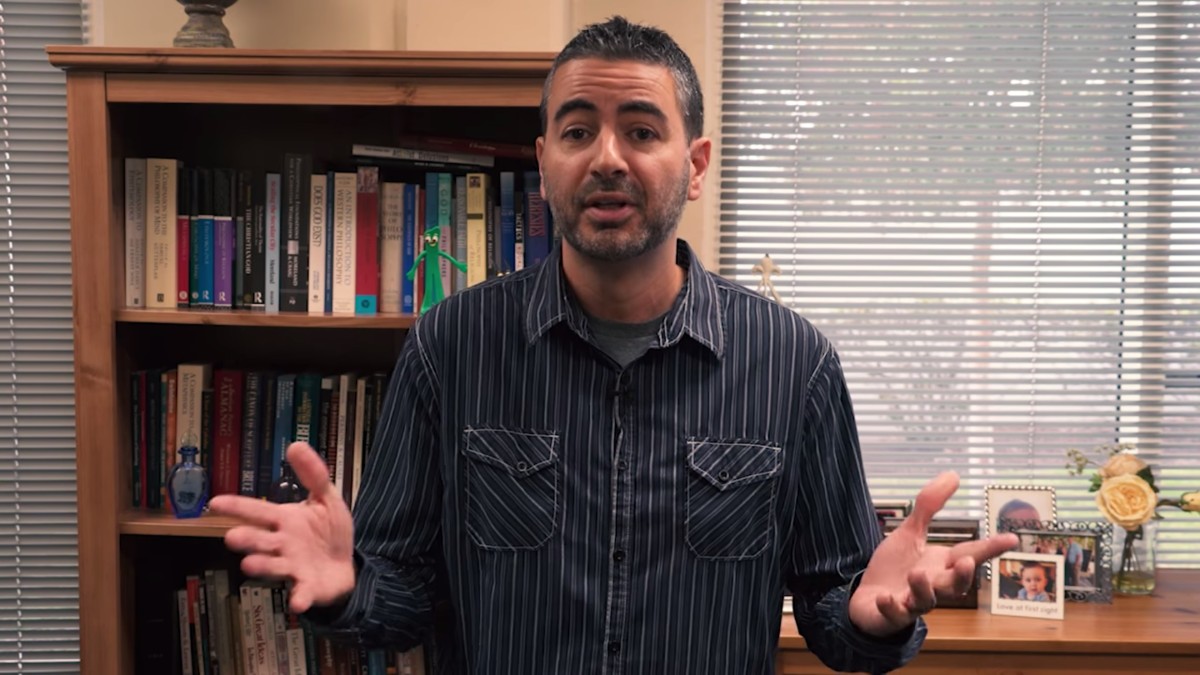 You Want the Biblical View of Marriage?

Alan responds to the challenge that the Bible contains and condones multiple definitions of marriage.

This week’s challenge has to do with the context of same-sex marriage. People are trying to claim that with regards to marriage, we can redefine it however we like. In fact, we can include two men or two women in the definition of marriage. Naturally, Christians are opposed to this, saying, “We can’t define marriage, rather, marriage is something we can describe”. In response to Christians, a lot of people are saying, “Ok, so you guys want the biblical definition of marriage?” They have this handy info graphic that looks like this, and they say, “Look! Look at all the different ways that the Bible defines marriage. It doesn’t define it in any one particular way, it has multiple ways that it defines it.”

Here are some of the different variations of marriage they believe are described in the Bible. One of them has a picture of a man and a women, they say, “Okay, here. There is the nuclear family. This is the example that we allegedly think is the true one. But in reality, the Bible goes on to give another example; it gives us a man plus a wife plus his concubines. Another example is a man and a women plus the women’s property. Or a man plus multiple women, polygamy. Or a man plus his brother’s widow. Or a man who’s perhaps raped a woman and now he’s allowed to marry this woman. Or you have a male soldier who captures a woman through war and now that woman who is a prisoner of war is required to marry him. Or a male slave and a female slave.” You can see they’re trying to argue that the Bible has different definitions of marriage. Therefore, if we are claiming as Christians that we should oppose same-sex marriage and adopt the Biblical view of marriage, then it looks ridiculous because there’s all these different variations.

There are some basic principles of hermeneutics, the art and science of Biblical interpretation, which non-Christians and many Christians seem to forget when they point to passages in the Bible and try to use them for their purposes. One of these interpretive points is that a lot of Old Testament stories are narratives, meaning that they are primarily descriptive, not prescriptive. In other words, they describe accurately how history happened, but they are not meant to be models for how we should behave. Just because the Bible describes how some of the Old Testament patriarchs behaved, it doesn’t mean that those behaviors are prescriptive for our behavior today, as Christians.

Another important interpretive point to note is that a lot of commands in the Bible (the Mosaic Law, for example) were part of a contract between God and the Jewish people under a theocracy. They were never meant to be applied to New Testament Christians. For that matter, Jesus fulfilled the terms of that contract and instituted a new contract with new terms that govern how New Testament Christians are supposed to behave. You can’t take Old Testament commands from the Mosaic Law, like prohibitions against eating shellfish, or wearing certain kinds of clothes with different kinds of linens, and import them into the life of a New Testament believer. Those commands are no longer binding in virtue of the fact that Jesus has fulfilled the Mosaic Law. A new law of behavior has been instituted. This is just basic theology. It’s not some trick to avoid certain kinds of difficult commands in the Bible.

Let me offer a couple of observations to show that this info graphic is mistaken. In every one of the examples of this alleged “variations of different marriages” that are described here, marriage is defined as male and female. Nowhere in these examples do you have two men or two women being married. Marriage is always expressed as a complimentary team between the two sexes, male and female.

Seth makes an important point in the comment section. He says, “All of these expressions of marriage are the standard expression of one man, one women marriage. What’s different about them is how these people got together.” In some instances you have some bizarre arrangements, right? A man is to marry his brother’s widow if she doesn’t bear a son. Or, a man captures a woman as a prisoner of war. Yes, the way they eventually came to get married is odd, but the result is still one man, one women expression of marriage. How they got together though, is irrelevant. It doesn’t in any way indicate that there is a variation of marriage. It would be like me saying, “I met my wife at church, and my friend met his wife on eHarmony, and another one of my friends met his wife while out hiking.” Oh wow! Look, we have 3 different variations of marriage because we got together different ways. Of course, that’s ridiculous.

It turns out that the only instance of marriage variation in the Bible is polygamy. Even in that case, polygamy is not a form of group marriage where one man marries multiple women at once. Rather, there’s one man marrying one woman, and then he marries another woman, and then maybe another woman. Even polygamy at its core is one man, one woman marriage that occurs in multiple instances. I’m not saying that it makes it right. I’m not saying the Bible says it’s right. I’m just pointing out that, even with polygamy, you have a one man, one women marriage going on, just happening several times.

Polygamy is never prescribed, it is only described. This goes back to the principle of biblical interpretation. Oftentimes narratives are simply retelling history as it happened. It is not an indication of what God approved or disapproved. To give an example, think of King David. God described him as a man after God’s own heart, yet David engaged in adultery and committed murder. Are we to make his behavior prescriptive for us as Christians today? No, of course not. The Bible is frank about the retelling of history, but it’s not always indicative of what we’re supposed to do.

Monogamy is the standard of the Bible. The Bible does not give it’s blessing to polygamy. It’s not prescriptive for Christians today. It’s critical to note what Jesus said about marriage in the New Testament. He appeals to the natural created order the way God instituted humanity from the beginning and how He intended marriage to be. The Pharisees are challenge Jesus regarding divorce. They say, “Is a man allowed to divorce his wife?” In Matthew 19:1–9 Jesus says, “Have you not read that He who created them male and female from the beginning made them male and female and said for this reason man shall leave his father and mother and be joined to his wife and the two shall become one flesh?”

Notice Jesus is appealing to the natural created order of male, female complementarity, the two sexes coming together in the one flesh bond of marriage. The Pharisees respond by saying, “The Mosaic Law explains how we can get divorced.” Jesus says, “It’s because of the hardness of your heart that Moses permitted you to divorce your wives, but from the beginning it has not been this way.” Notice that Jesus appeals to the natural created order, the way that God made man and women to function from the beginning as his way of explaining how marriage should be. Then he goes on to say that although the Mosaic Law permitted divorce, that’s not the way it was intended to be. That’s not the natural created order. The same is true with polygamy. Although it was permitted for a time, it’s not the way God created male and female. It’s not the way He intended it to be.

1 Timothy 3 talks about how leaders in the church “must be above reproach, the husband of one wife.” Again, notice the constant appeal of the New Testament to the natural created order of one man, one women complementarity of the two sexes.

Given the two observations that I’ve made, the first being that all the examples from the info graphic are male, female marriages. The second being that all of them are one man, one women marriage, with the exception of polygamy. The question then becomes, which of these examples fits the definition of same-sex marriage? Seven out of eight of them fit the Biblical definition. None of them fit the definition offered for same-sex marriage. In fact, the definition of same-sex marriage has never been an example of marriage throughout all of history in any civilization, in any religion. In the last 20 to 30 years now, there’s been a push to make same-sex marriage something that’s permissible in our culture. Never before in all of history has it ever been advanced in any culture, in any religion, in any civilization. This info graphic against the Bible and for same-sex marriage doesn't work, mainly because it’s factually incorrect. There aren't many variations of marriage in the Bible that are condoned. There’s only one kind of marriage, and that’s one man, one women marriage that is prescribed by the Bible.