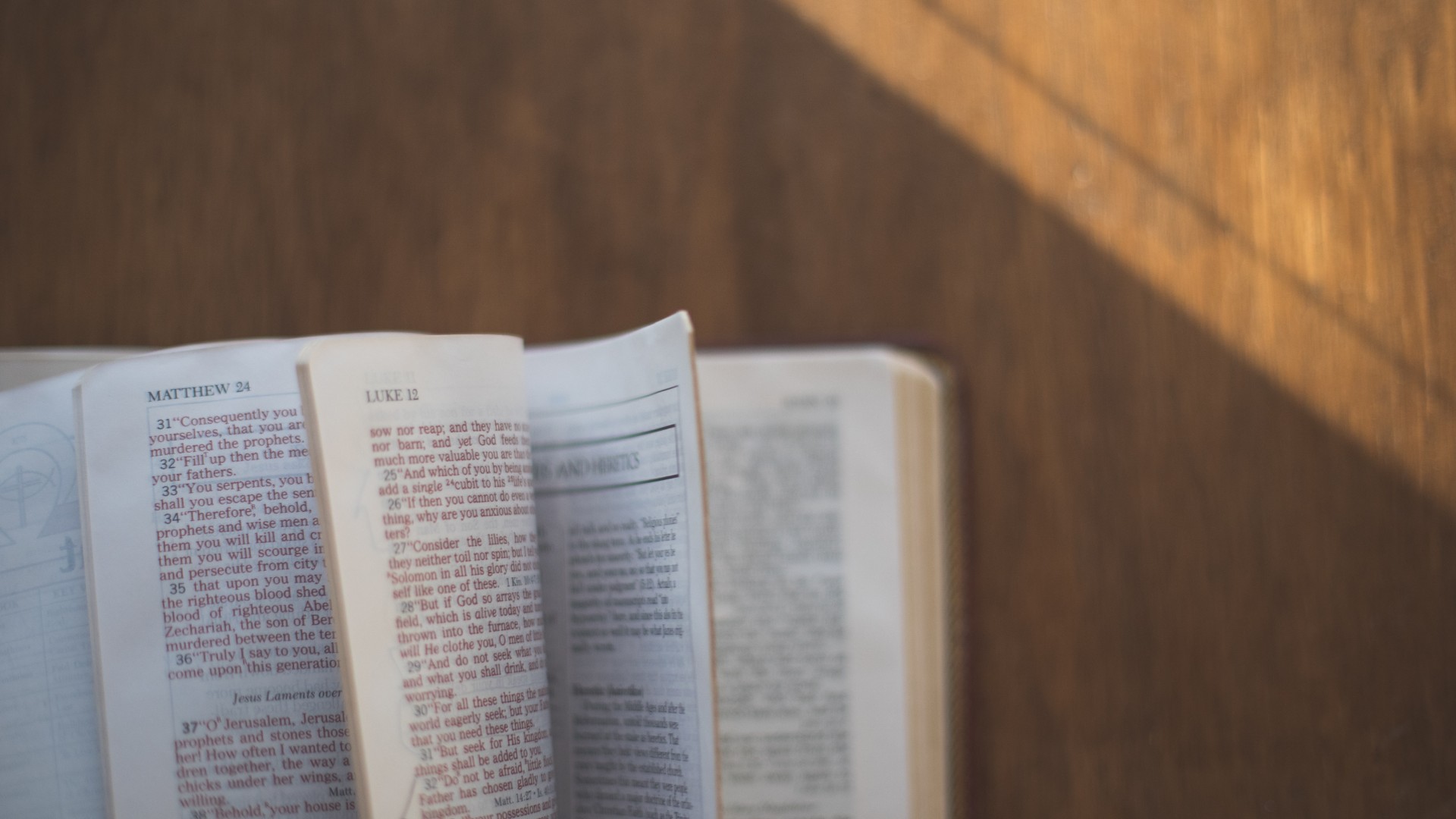 The Bible says, “There is no God.” If that doesn’t sound right to you, it’s because I’ve cited Psalm 14:1 out of context and violated a basic, but critical, rule of interpretation. This example highlights why every believer should study how to interpret the Bible. Although most believers say they don’t have a system of biblical interpretation, the truth is that every believer does have a set of assumptions and questions they bring to the biblical text. The question is whether that system is good or bad. Does it help or hinder your ability to understand God’s Word?

This is an important question. Christians will read the Bible from today until the day they die and base their hopes, theology, and major life decisions on what it says. If you want to obey God, you need to understand what He said. That’s why it’s crucial to interpret it correctly.

There are three principles of biblical interpretation: context, history, and genre. Each one should prompt you to ask a question of the passage you’re reading.

Flow of Thought: Here’s the first question: What is the author talking about in the surrounding text? This is a question about context. To get the answer, read the sentences—or even the paragraphs—before and after the passage. Once you discover how the author’s ideas connect with each other, it will help you hone in on the meaning of the passage you’re reading. In fact, you can’t be confident you know the meaning of a verse or passage unless you know its context.

If I told you, “I got a buck,” do I have a dollar or a deer? You don’t know because you don’t have any context. Suppose I tell you, “I just went hunting, I got a buck, and I’m bringing it back in my truck.” Now you have context. You know the word “buck” refers to a deer. But what if I told you, “I brought my wallet, I got a buck, and I can buy that candy bar for you.” With this different context, you know “buck” refers to a dollar. Notice, the same word (“buck”) has a different meaning when you change the context. The context determined one meaning and excluded the other.

The same principle applies when you read the Bible. You have to read the context of a passage to determine its meaning. If you don’t, you risk creating a context vacuum that’s quickly filled with your own life situation. The circumstances of your life become the new context for the Bible passage, and that creates a new meaning that was never intended by the biblical author.

Historical Setting: Here’s the second question: What historical occasion prompted the author to write? Every passage has a history behind it. The more you discover about why the author penned his prose, the better chance you’ll have to understand his message.

In his letter to Philippi, for example, Paul pled with his brethren to be united and serve one another. To persuade them, he highlighted how Christ emptied Himself, took on humanity, became a bondservant, and willingly died on a cross (Phil. 2:5–8). Why did Paul emphasize Christ’s downward progression?

Knowing the history helps. Philippi was inhabited by retired military men, who were accustomed to rank. Philippian social structure, then, became stratified, encouraging people to pursue higher positions of power and demand others serve them. Unfortunately, this attitude trickled into the church. Believers no longer behaved with humility but sought higher positions of power in the church and demanded to be served.

Paul contrasted the behavior of the Philippian believers with Christ’s incarnation. While Christians were climbing the social ladder, Jesus had descended from divinity to death. Paul wrote the passage to present Jesus as a model of humility to the Philippian church. Without historical knowledge of Philippi’s stratified social structure, it’s difficult to understand why Paul wrote these verses.

Type of Writing: The final question is, what literary style (or genre) is the author using? The Holy Spirit inspired the biblical authors to write using different genres: narrative, law, epistle, apocalyptic literature, history, wisdom, and parable. Each genre has its own interpretive principles.

For example, animal lovers would be saddened to read the news headline “Indians Slay Tigers,” especially if they thought Indian poachers killed a few tigers. If the article was found on a sports page, though, they’d be relieved to know that the Cleveland Indians (a baseball team) beat the Detroit Tigers. Notice that all three words, “Indians,” “Slay,” and “Tigers,” take on a different meaning by simply changing the genre.

In the same way, words and sentences in the Bible take on different meanings depending on the literary style. Get the wrong genre, and you’ll get the wrong meaning.

All three principles of biblical interpretation (context, history, and genre) are needed to understand God’s Word. If you want to obey God, you need to understand what He said.