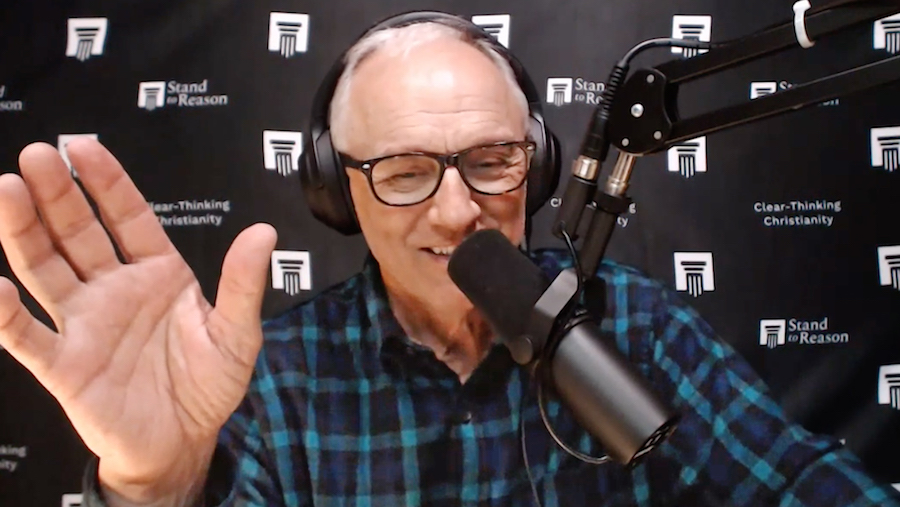 What Should Christians Be Looking for in a Church?

Greg gives five principles to consider when deciding on a new church home.

Let me tell you what I think, in general, you should be looking for in a church, okay? I think I’ve written on this before, so I hope I get all of the points. Amy’s gonna check it out here and see if she can find it, but the first thing that is really critical, and I mean, it kind of goes without saying, but nothing this important should go without saying. The things that we presume end up sometimes being false presumptions, okay? There’s got to be, first of all, a very high view of Scripture.

Now, when I say a high view of Scripture, I do not mean simply that the church believes that the Bible is the inerrant word of God, okay? Because most Christian churches or Evangelical churches will say that, but that does not mean they are careful in the way they use the Scripture, okay? And lots of pastors have lots of bad habits here, in my view. And that is, they look for—they try to be clever. They look for something nobody else has seen before. They, you know, they try to read between the lines. They take historical accounts, and they make metaphors out of them like, you know, Jesus calming the storm: “Well, what storms can Jesus calm in your life?” This is not why the gospel writers put that in there. They put that in there because it evidenced the deity of Christ, and we know this because the disciples, what they did when he did that, they fell on their face and worshiped him. This is about Jesus. It’s not about how Jesus helps us. It’s about the person.

Anyway, so a lot of pastors are just going to make metaphors out of important texts, and it’s a bad habit. Let the text speak for itself. Don’t get clever. Don’t find secret stuff. There’s plenty of good stuff right there on the surface, right? So, when I say respect they have a high view of Scripture, that means they declare a high view and they practice a high view, okay?

So, I think another element that’s really important is that they have opportunities for you as a member of the community to function productively in that community, okay? Every single Christian has a spiritual gift. And as you are given a gift, Peter says, then you are to use it and employ it by the power that God gives you as a good steward, and it’s for the edification of the body. And Paul talks about that in either Romans 12 or 1 Corinthians 12.

So, you have something, Jeff, that you can offer. I don’t know what it is, and it may not be on the list, but it’s something you can give to the church to build up that local community. And many churches do not give opportunity for their people to be involved except they say, “Well, volunteer and pack up the chairs after the service”—whatever, you know, that kind of thing. But in terms of being useful in a regular way, ongoing way, because you have a spiritual gift, they’re not too good about that. They don’t have a good habit. So, this is another thing I think that you need to look for, okay? A place where you can be useful.

I do think there’s also what might be considered an aesthetic element that I think is valuable. I think that to find a church that you could call your home, you have to go in there and feel like you’re at home in a certain sense, all right? There’s something about the community and the way they express themselves that resonates with you personally, and that’s gonna be different with different people.

I know Hugh Hewitt said he became a Presbyterian because it was the denomination where guys hug each other the least, right? So, well, that’s him. You know, some people want to be hugged all the time by everybody. Well, that’s going to be a Pentecostal church or whatever, you know. So, there are personal elements there that I think are meaningful and valuable.

Here’s the difficulty, though. Some people just put that right up front, okay? They walk in: “Do I feel good about this environment? Oh, I like this church. Oh man, these people are great,” and they don’t ask the substantive questions. That’s the subjective one that has to do with personal likes and dislikes. They don’t ask about high view of Scripture, they don’t ask, “Where can I be useful here?” They don’t ask, “Is there any accountability that I’m going to have? Is somebody going to be, in a good way, close enough to me in this church to look over my shoulder and put their foot—their boot in the back of my pants if I need it?” And we all need it sometimes, okay?

And the other thing, too, is that this is a place that you can be fed spiritually. I mean, just because a church has a high view of Scripture does not mean that they are capable in the leadership of giving a good scriptural meal, you know? That’s another thing entirely. Can you be fed spiritually there from the Word? That’s what I’m talking about, from the Word. So, that’s another real important issue.

Another thing that wasn’t on my list, but I’ve thought about it a lot is—and this usually comes up in the negative. Something happens in an otherwise good church environment for an individual, and something happens to the leadership that causes them to disrespect the leadership. I’m not saying that their leadership is involved in heavy sin or anything, but it might be a consistent abuse of Scripture where they keep doing the same kind of mistake. It may be a certain kind of, maybe, self-aggrandizement that’s discomfiting when you watch it.

But if you lose respect for the leadership, I think that’s really a significant problem because part of your responsibility and mine as you go into a church is to respect the leadership of the church. This is in 1 Peter 5. I mean, we’re supposed to do what they say, you know, by and large. There are limits to their authority, but we are to follow them. Who? These shepherds who have given their life to serve us. Now, if we lose respect for the leadership, then it’s going to be very difficult to follow them, so that’s another factor in that mix, okay?