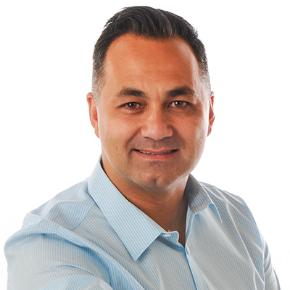 Should a Christian freak out at the mention of evolution? Well, it depends on what someone means when they use the word.

Most Christians experience a violent reaction when they even hear the word “evolution.” Alarms go off. Defenses go up. “Oh no, it’s evolution! Run for your lives!” But do we really need to freak out at the mere mention of evolution?

Well, it depends on what someone means when they use the word. And this is our starting point. The first thing we must do is define evolution. It is used in three primary ways:

This definition is really general. As we observe our world we see things changing day by day, month by month, year by year. An oak changes as it goes from sapling to tree. A baby changes as she grows into a toddler. Your body changes. Seasons change. Clothing styles change. Everything changes. In this sense of evolution everything on earth evolves. But is this a problem for Christians? Of course not. If this is what someone means when they say “evolution,” no problem.

Definition #2: Evolution is the process where minor changes take place in an organism to produce new characteristics.

In his famous work, Origin of the Species, Darwin distinguished two kinds of evolution. This is Darwin’s special theory of evolution or what we might call microevolution. On this view, there is outside pressure, like climate change or a lack of food, which forces an organism to adapt. So, over time, the organism adapts to its environment in order to survive.

Maybe you’ve heard of “Darwin’s finches.” They’re a species of bird on the Galápagos Islands where Darwin did some of his original research. Scientists have discovered these little birds have changing beak sizes. During times of drought, only large and hard seeds are available. Finches with bigger beaks survive better because they can crack the hard seeds. Those with smaller beaks are more likely to kick the bucket. As a result, average beak size increases. However, when the drought is over and smaller seeds reappear, guess what happens? Finches with smaller beaks are able to eat and thrive and the average beak size returns to normal. This is a great example of a species, the finch, adapting to its changing environment in order to survive.

And this definition of evolution is not controversial either. Obviously we observe it in the natural world. Again, if this is what someone means when they say “evolution,” no problem.

Here are two quick but important observations about this definition. First, microevolution can actually point us to an intelligent Designer. He was smart enough to design life in such a way that it can adapt to changing conditions and survive. Second, microevolution does not tell us how finches got their beaks in the first place. For that explanation, a third definition of evolution is required.

Definition #3: Evolution is the process where major changes take place in an organism to produce new kinds of organisms.

Look at Definition #2 again. Notice the difference here. On this third definition, we’ve got “major changes” and “new kinds of organisms.” This is Darwin’s general theory of evolution or what we might call macroevolution. Macroevolution is microevolution on steroids. Just remember “micro” means small and “macro” means big, so we’re talking about big changes. And this was Darwin’s revolutionary idea. This is why Darwin gets the big party.

Darwin saw microevolution happening within a species, like the finches. However, he didn’t see any limits to the change. Given enough change and enough time, one species could develop new body parts and become an entirely new organism. Eventually, toads become turkeys. Over millions of years, wolves become whales. The process of macroevolution could explain all the diversity of life on earth.

Okay, now we’ve got a problem. When people talk about evolution in this sense, it’s time to crash the party.