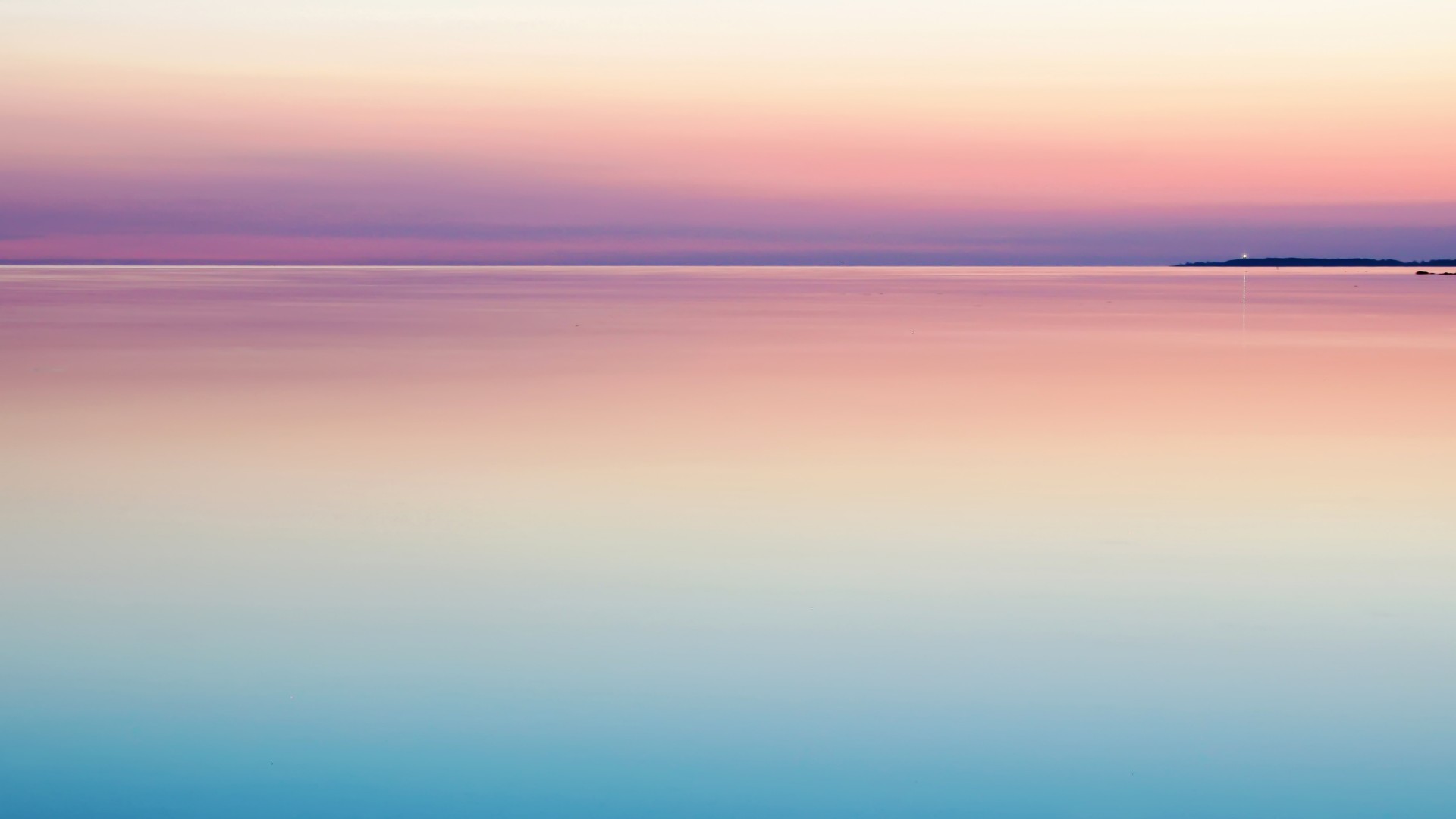 If the wager is your life, what odds will you take? Find out how to pick a winner.

The last three days I’ve had a chance to exercise my mind with a lot of the folks over at Hope Chapel as I gave a talk called “You Bet Your Life.” It is a simple case against atheism. I made some observations about the whole process of thinking through issues. It is remarkable sometimes what otherwise intelligent people will do or say or believe to avoid what strikes me as obvious truths about the nature of the universe and what must have caused the universe that we live in.

My point is that we can accomplish quite a bit simply by sitting back and reflecting on the universe—not exploring it using the scientific method, though that is valuable and it does seem to tell us some things that are true about the universe. But some people think that the only truth you can know about the universe is truth that you can stick into a test tube in some fashion. In other words, only the truth that science can show you.

It seems to be that there are a lot more things in the universe to discover that science just simply doesn’t have access to. I’ve mentioned before that when you reflect for just a moment on what is most important in life, if I were to ask you to make a list of the particular things that are of the highest value and importance to you, I’d be willing to bet that, unless you are mentioning individual persons, there will not be a physical item on your list. You’re not going to say your car is the most important thing to me, or cash is the most important thing, or your fishing rod. No, you are going to say things like happiness and kindness and love and fulfillment and relationships, and even if you did say your wife, you are talking about a person who also qualifies in the same sense that all of those things that are most important are non-physical. The personhood that you happen to love in your wife is non-physical.

When we reflect about the nature of the universe, the fact is we can come to some conclusions that I think are very reliable. We reflect on the fact that the universe exists. That there is something here. We also reflect on the fact that there seem to be indisputable moral rules as part of this universe that we discover. It is wrong to torture babies for fun, for example. When we reflect on these two things, we can learn something about the nature of the universe. What this reflection demonstrates for us is that, first of all, there are truths about the universe that exist, and secondly, that it has some immaterial qualities to it—that being the existence of moral rules that are self-evident, qualities that require an explanation and invite us to speculate on how such things could be. Since they are true and real, how could they be? And when we speculate on how those things could be, we realize that it turns out that there has to be some kind of explanation for their existence. These are things that came into existence, in the case of the universe, at some particular point in time. It was an event that needed a cause and the cause had to be a personal cause. Also, in the case of moral rules, they require a moral rule maker. There must be a personal agent who gives moral standards in the universe and this is why we’re aware of them.

Here is the incredible thing: What people will opt is so improbable, rather than believing that a personal, moral God created the universe.

There were some questions raised this weekend after I spoke because I was arguing that something can’t come from nothing. There were questions that were raised about quantum physics, for example. Some have said that quantum physics seems to have an explanation about how something could come from nothing because it seems that quantum particles come from nothing and go back to nothing for a brief millisecond, or a billionth, trillionth of a second, or whatever it is. Therefore, my point about the necessity of a creator for the universe is refuted. Now what is very interesting about this is that, first of all, we have to keep in mind what is at stake here. Secondly, we have to then keep in mind what it is that people opt for rather than believing what I think is the obvious especially in light of what’s at stake.

My reflection isn’t so much on this point about proving the existence of God or proving the existence of moral rules. We’ve talked about that at other times. My point is that it is curious to me how people respond to such proofs. I’ll tell you what is at stake. Each person is betting right now. The bet is their life—forever and forever and ever. That is what is at stake here. You say you’re not a betting man. Whether you are or not, you are in this game and you can’t help it. You have to ante up. The ante is the cash you put up at risk, so to speak, that you can lose if you lose the bet. In this bet the cash that you put up, the thing at risk is your entire eternal life, forever and ever.

If this is what in fact is at stake, then people would want to place their bets with the odds-on favorite. They want to be the most careful they possibly can be. When we talk about the universe coming to be—which I think both philosophy and science through the second law of thermodynamics and Big Bang cosmology makes clear that the universe did come to be at some particular time—what you are not going to want to try to do is take refuge in a statement like this: Well, maybe the universe was uncaused. It jumped into existence out of nowhere and it was caused by nothing.

Someone will point out that quantum physics has proven that things can come from nothing. Well, first of all, I don’t know that quantum physics has proven that at all. My understanding is that that is an abuse of some very speculative information related to quantum physics. They don’t know where quantum particles come from so they presume they might come from nothing. By the way, it strikes me as difficult to prove that. How do you prove that something comes from nothing—especially scientifically? It seems to me that the best you could do scientifically is at least be agnostic on that particular issue.

But you know what is interesting? You can give them something like the Kalam cosmological argument, which is a very powerful argument for the existence of God, and then what they will do is offer you some speculative scientific theory. And they feel that because they have given an alternative explanation that they have refuted your point. But an alternative explanation is not a refutation. Just because you can come up with a different idea of how something might have come from nothing, in this case, it doesn’t mean that you’ve made the case that the universe did come from nothing and that your speculation is a better argument or a better explanation than some kind of theistic argument for the origin of the universe.

Even if you could prove to me that the quantum particle does come from nothing and goes back to nothing, and therefore something could come from nothing, you haven’t proven to me that the universe came from that. Do you see the difference? This is what I am talking about the abuse of information. Some people will seize upon a speculative idea, pretend like it is evidence, and then go further than that. They pretend like the idea is evidence and that it is better evidence than what you have for design creation. That is ludicrous, especially when you consider what it is that is at stake. Why would somebody want to opt for a crazy, wildly speculative, completely unlikely solution instead of going with the best bet, when it’s their whole eternal life that is on the line?

This isn’t the only problem. The other problem is a mystery to me. I’m not exactly sure how to explain it. It is a self-destructive quality of human beings that are separated from God. That’s the only thing that I can think of. Man, who is separated from God, is so hostile to the notion of bending his knee that he would rather believe absolute absurdities, absolute idiocy, and put his entire eternal future on the line than to accept the idea that a personal God is responsible. Now this is self-destructive and suicidal. Why would somebody be so suicidal?

If it was only a 50/50 chance, I’d go with God. It seems to be a better bet to me. But it is not 50/50, the odds are much better than that. The odds are in favor of a personal creator. What that demonstrates is how tenaciously, how completely, how aggressively, how radically men run from God. People ask about the poor Hindu, the poor Muslim, about the heathen in Africa who never heard? You know what is true about them? They are running from God, too. They run from God, Paul says in Romans 1. So inbred is man’s hostility and rebellion against God that they would rather risk their eternal destiny on idiocy than come to their senses and bend their knee in the face of a gracious but omnipotent creator.