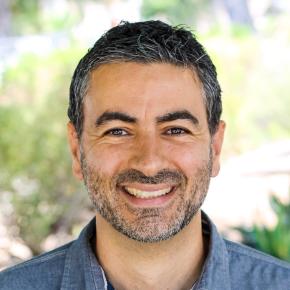 How do you create confidence in Christians who are able to share their pro-life convictions with anyone? Here’s a hint: It takes a lot more than a lecture, but it’s worth it. That’s what I did this summer with 45 high school students on the pro-life mission.

This was an eight-day intensive trip that entailed a comprehensive pro-life experience. In other words, we didn’t just cover abortion. I wanted the students to understand that being pro-life means we not only care about the unborn, but also the women who face crisis pregnancies, girls who are exploited to harvest their eggs, and women and children who are trafficked into prostitution.

My goal was to train the students to master the art of pro-life persuasion, complete the outreach activities on the mission trip, and then walk away with the confidence to be behaviorally pro-life. To achieve these lofty goals, they went through “pro-life boot camp.” This entailed a rigorous and comprehensive program where I did three things with the students: teach, train, and test.

You have to start with a foundation. The students were required to read two pro-life books before the mission trip began. I also flew to Arizona to personally begin training these students in the art of pro-life persuasion. I taught them arguments for and against abortion so they had a framework to interpret and understand the experiences they’d have on the mission trip. This academic information, though, was not enough. The next step was needed.

To become proficient in any material, you need to internalize and process it. A mere lecture isn’t enough. To accomplish this, the students needed to practice communicating the content in increasingly more difficult situations. First, they role-played the arguments with each other or with me. This made them more comfortable with the material by processing it out loud.

Then I made things more difficult. Once the eight-day mission trip was underway, I set aside two days where we went to public places, put a dozen abortion questionnaires in their hands, and had them approach and survey passersby. By asking people about abortion, they immediately found themselves in conversations where they had to use their pro-life skills with people who vigorously disagreed with them.

After a pair of students would finish a conversation with strangers, I would debrief with them to find out how they did, address their concerns, and fine-tune their approach. Other times I went along with them on the survey so I could see firsthand how they navigated their conversations. Sometimes I would do the talking to model the tactics and skills I previously taught them.

Besides providing individual feedback, we also gathered as a group after each session to debrief the conversations. The students got to share their successful encounters (and unsuccessful ones), their challenges, and their questions. Besides answering some of the issues that arose, I asked students to help each other out in solving the concerns that were raised. Now that the students had practiced their skills with average people on street, it was time to put them to the test.

I invited a professional abortion-choice advocate to challenge the students. She was a feminist and women’s studies professor from a local university. She had championed abortion rights and even debated pro-lifers (including me) in the past. I wanted to see how well the students would fare against someone who knew what they were talking about and wasn’t just some person off the street.

The professor gave a pro-choice presentation and a defense of her views. Then the students asked her questions. I’ll be honest—at first I was a little nervous. I wasn’t sure how they would do. Once the questions started rolling, though, my fears subsided. They immediately recognized her arguments, the weaknesses in her views, and began to exploit them. It was encouraging to see a professional abortion-choice advocate get challenged by high school students.

To be clear, this was not an ungracious encounter. No student was mean-spirited, rude, or condescending. In fact, after the professor finished her presentation, I stepped outside with her to say thank you. She remarked, “Those students see me as the enemy.” I quickly corrected her. “No, not at all. They really liked you and enjoyed your presentation. Neither the students nor I see you or anyone who holds a different view from us as the enemy.” Just as I finished those words, many of the female students came out of the room to say goodbye to her and said, “You were so great. Thank you! Can I give you a hug?” Then they took turns embracing her. The professor was shocked: “Wow, I wasn’t expecting that!” I was overjoyed to see this outpouring of love and acceptance for a woman who held a radically different view from them. It was a perfect expression of being a persuasive yet gracious ambassador for Jesus Christ.

That’s the whole point of the pro-life mission. It’s to take a controversial topic and learn how to engage it in the public square with people who vigorously disagree with us, but in a winsome way.