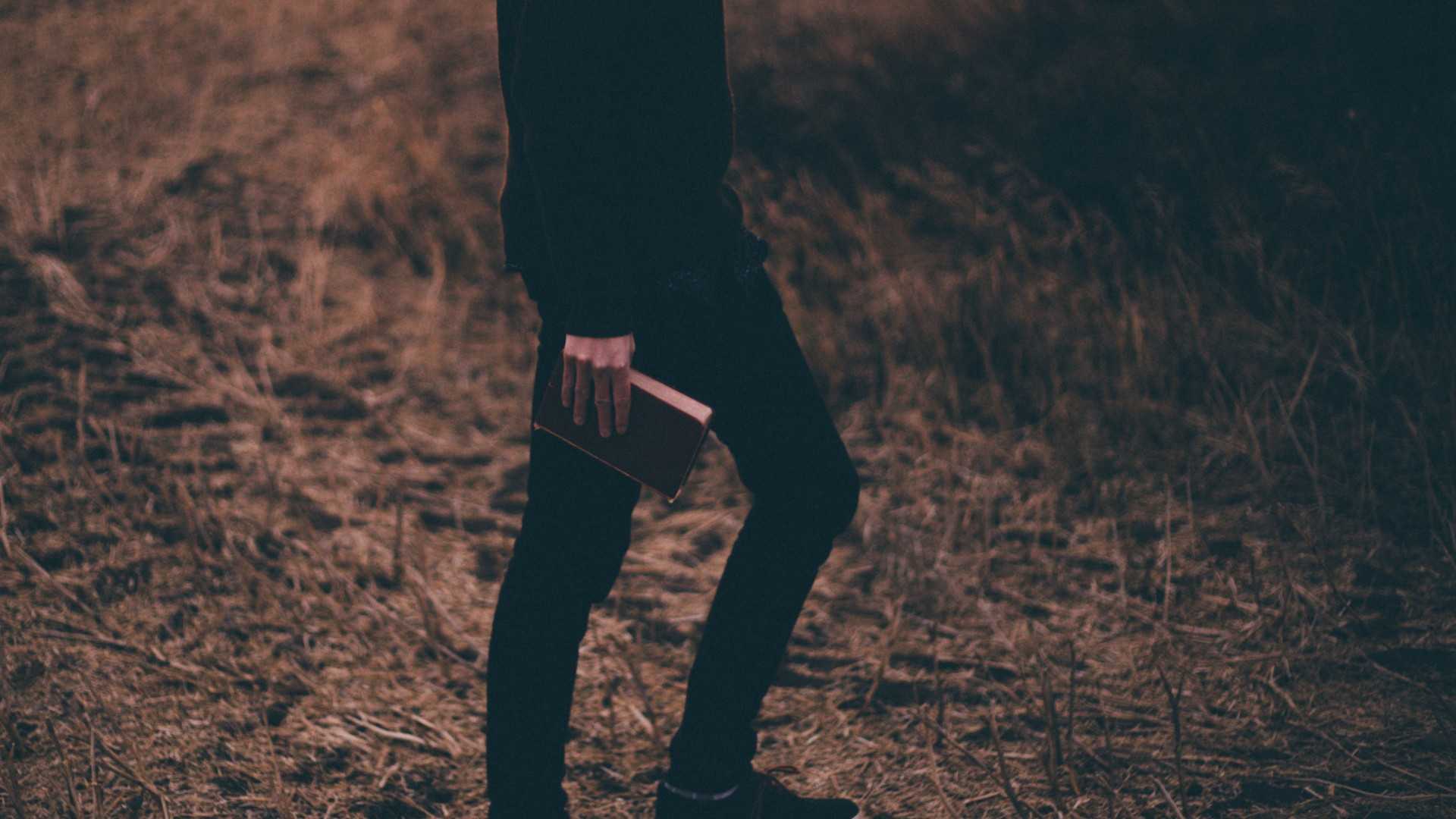 How do we know whether a particular thing is true or not, especially when it comes to religious issues? Greg discusses several ways we can know the truth...and ways we can deal with those who reply “Who’s to say?”

It’s not unusual for someone to say to me, “I’d like to get together with you and pick your brain.” To this I have a standard response: “You can’t pick my brain unless you’re a brain surgeon, and only then if you use a scalpel. You can only pick my mind.”

I have to modify that a bit when I have dinner with my brain surgeon friend. We get together every couple of months. He frequently brings friends with him, generally non-believers.

The brain surgeon is a growing Christian, learning how to defend his faith and stand up for Christ. On our dinner jaunts I’m sort of the hired gun. He lobs me a softball to bring the conversation around to spiritual issues, then I respond and the conversation moves along from there. It makes for a very stimulating evening.

At our last dinner my brain surgeon friend invited a radiologist he worked with. He was a very well-trained and intelligent man, but suspicious of spiritual truth claims—an agnostic, not an atheist.

We spent most of the evening discussing whether Christianity is true or not. The heart of the radiologist’s challenge was this: How could anybody know whether a thing is true or not, especially when it comes to religious issues? I was quite surprised to hear what this otherwise very intelligent person had to say against my view.

I outlined three basic ways we know things are true. (I deal with these in detail in the Stand to Reason resource, “Any Old God Won’t Do.”) Incidentally, this is what epistemology deals with. You might have heard this twenty-five-cent philosophical word before, but not known what it meant. Epistemology deals with the field of knowledge. It answers the question: How do we know what we know? So when asked how we test religious truth claims, I give some epistemological tools. These tools are nothing fancy, nothing out of the ordinary. Basically, you respond to religious truth claims in the same general way you deal with any other claims.

The first way we know something is by authority. Frankly, most of the things we think we know we don’t know because we’ve discovered them ourselves, but rather because someone we trust told us they were so.

If I wanted to know something about radiology, for example, I’d ask a radiologist whose credentials I trusted. Even if I consulted books on radiology, it would have amounted to the same thing: taking the word of someone who was an expert in the field. I wouldn’t start from square one to rediscover radiology all on my own. I’d fall back on the books or the counsel of others who know better, and would probably be justified in believing what they had to say.

It’s interesting how people will sometimes balk at the notion of trusting an authority like the Bible, when virtually everything they think they know, they’ve gotten from some authority or another.

This probably amounts to about 99.9 percent of all of the things we think we know. We don’t know them through testing of our own, but through the testimony of others we think we have reason to trust. So, rather than being odd that we would take certain things on authority, it’s actually the foundational way we know things. We trust the words of other people who are reliable. The reliability and credibility of the authority is the key issue.

This teaches us an important lesson. It’s very natural for us to function on the principle that if the authority is credible, then we’re justified in believing the information he gives us.

I think a good case can be make that Jesus was that kind of authority. First He made certain claims about the nature of the universe, about Himself, and about God. He then worked miracles, cast out demons, raised the dead, predicted his own crucifixion, death and resurrection, and then self-consciously raised himself from the dead.

Now if Jesus, in fact, did those things, I think He’s earned the right to speak authoritatively about spiritual things. He’s got my vote.

So first we might be able to verify the truth of a religious claim, at least in principle, based on the authority of the one who made it. If he’s a credible authority—if he’s trustworthy—then we can trust what he says.

So the second test for the truth of religious claims is to see if those claims fit the world.

Hinduism, for example, says the world is an illusion—Maya. We’re not real. God is just dreaming about us and we are part of that dream, so to speak. Our “salvation” involves transcending the illusion and to get back to the godhead.

Now I have to ask myself, “Is that claim true?” I’ll tell you something, I don’t think it is. My own cursory examination of the world seems to indicate that I am real and the world is real. I live my life as if it were real. I experience the world first person, firsthand.

Now, I could be mistaken, but I don’t know how I’d know I were mistaken if I were just an illusion. In fact, it’s almost a nonsensical claim. If I’m an illusion and I don’t really exist as an individual self, then how is it that I could have accurate, factual knowledge that I don’t exist? You see the contradiction here?

You might put it this way: Does Charlie Brown know he’s a cartoon character? I doubt it, because Charlie Brown is fictitious. He only exists in our imagination and therefore can’t know anything. For me to claim that I know I don’t exist turns out to be self-contradictory.

Do you know what that means? That means I don’t even have to pause for more than a second and consider the viability of Hinduism as an accurate view of the world, because its foundational tenet—that the world is just an illusion—is obviously false.

And, by the way, this throws into question everything else built on that foundation including reincarnation. If the foundational tenet is false, then everything built on top of it begins to crumble.

If you’re looking for truth in religion, then you want to narrow your search to religions that take the real world seriously and don’t dismiss it as an illusion. Christianity and Judaism do, by the way, which is why modern science was birthed in the West and not in the East. Since this religious claim corresponds to the way we discover the world to be, it’s evidence that Christianity and Judaism are true, at least at this point. And there are other claims biblical theism makes that correspond to the world as we seem to discover it.

So when the radiologist asks how one could know whether religious claims are true or not, I answer: You apply the same general principles of knowledge to religious claims that you apply to test any other kind of truth: authority and correspondence. If you do, you find that the Christian view of the world is very well substantiated.

As the conversation moved forward I introduced another concept: intelligent design. I’m actually convinced that most people believe the world was designed for a purpose. I know this because there are many things in their language that betray this conviction.

Whenever we talk about things being “made for” something, we’re actually expressing our conviction that they’ve been designed for a purpose. People say our bodies are not “made for” junk food, but for natural, healthy food. The goal is to be healthy. Health is an optimal functioning of something, that is, operating at the level it was intended to operate at.

The notion of health, then, depends for its meaning upon a design concept, an intention. Intentions are functions of minds, not things. Whenever we talk about health of the human body or any other living thing, then, it implies we believe it was intended to function a certain way.

Our ability to see that things in the world are broken—that some living systems are unhealthy, for example—is evidence that we understand that some things in the world were designed for a purpose. They didn’t happen by accident. Our language reflects our discovery of design and purpose.

Now this discovery in the world corresponds to an important detail of the Christian world view. Christianity teaches that God created and designed things for a purpose. So we have another touchstone, so to speak, a way in which a particular truth claim about Christianity seems to match the world as we experience it. Clearly this doesn’t match certain philosophies people hold about the world, but it does seem to match the world itself. This is evidence that those philosophies which don’t correspond to the world are falsified at that point, and Christianity is affirmed at that point.

I also talked about Big Bang cosmology and how, according to current scientific consensus, everything came into being at a moment called the “singularity” some 14 to 17 billion years ago. If the universe came into being, then it’s an effect, and all effects have causes. So we can ask, what is an adequate cause for the effect of this universe? In one sense, this is a very scientific question about the origin of the universe.

This is where the radiologist started getting very uncomfortable. It was becoming obvious to him that I was leading up to the big “G”—the God issue. He didn’t like that and started objecting.

Maybe something else was responsible for the universe and not God, he said. One could postulate lots of different scenarios. Who’s to say it wasn’t a principle or force that we don’t know about that was responsible for everything? Of course, it’s fair to raise the question, but the question itself doesn’t count as evidence. Yet that seems to be the way he treated it.

The minute I began making sense, building a legitimate and compelling case for design, he began inventing all kinds of stories. They were not probative, offering actual evidence against my view. They were just imaginary speculations ending with the dismissal, “Who’s to say?”

Whenever somebody says to you, “Who’s to say?”, you know you’re probably winning the argument. Usually when they say that they begin inventing options that don’t exist. They are giving you phantom arguments because they don’t have any real ones to offer you.

The answer to the question “Who’s to say?” is “We are the ones to say. We are to look at the evidence, weigh it and draw reasonable conclusions based on what we know, not on what we don’t know.”

My radiologist friend responded with a stunning remark. I’ve often said that some of the most intelligent, educated people say some of the most foolish things when spiritual issues are at stake. This was a stellar example. He said to me, “Wait a minute. You’re saying you believe in something just because you have all this evidence for it and because there is no evidence for contrary views. That’s not a good reason to believe anything.”

I replied, “Did you hear what you just said? Think about it for a moment. You’re faulting me for believing in something because there’s evidence for it, and rejecting things that don’t have evidence for them.” That wasn’t a fault, it was a virtue. “I rest my case.”