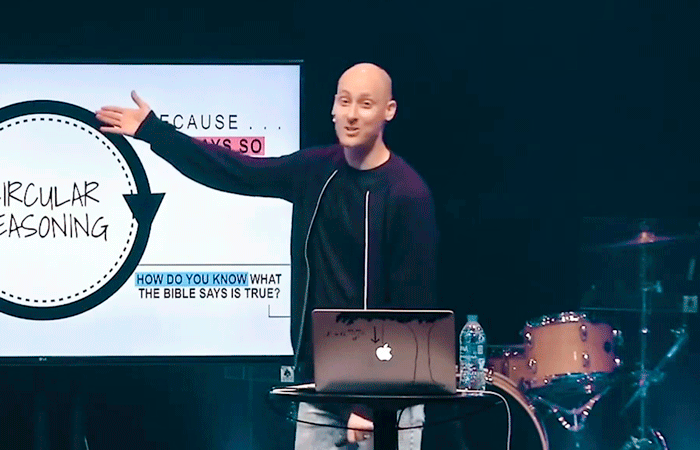 One Way to Tell the New Testament Is True

Tim shows how some details in the Gospel of Luke—that we may be inclined to skip over—actually help point to the truthfulness of the New Testament.

Now, there’s lots of skeptics out there. And they would say something like, “No, no, you read the New Testament? That’s just all mythological. It’s just—they’re making up stories. It’s kind of like, ‘A long time ago in a galaxy far, far away,’ or, ‘Once upon a time,’ or that kind of thing.”

It says this: “In the fifteenth year of the reign of Tiberius Caesar, Pontius Pilate being governor of Judea, and Herod being tetrarch of Galilee, and his brother Philip tetrarch of the region of Ituraea and Trachonitis, and Lysanias tetrarch of Abilene, during the high priesthood of Annas and Caiaphas, the word of God came to John the son of Zechariah in the wilderness.” And you’re thinking, “How do I apply that to my life?” Right?

The reason this is in there is because Luke is telling us these events that happened, that he’s recording, they’re actual events. They’re people, and places, and events. In fact, over and over again in these two verses, you have 22 historical people, places, and positions. 22. All confirmed.

If you were making up a story, your goal would be to be as vague as possible because someone could easily disprove when you start putting in details, right? Well, notice what Luke does. He adds extra details, positions, and places that aren’t even really necessary. But he adds them because he cares about the accuracy of what he’s talking about.