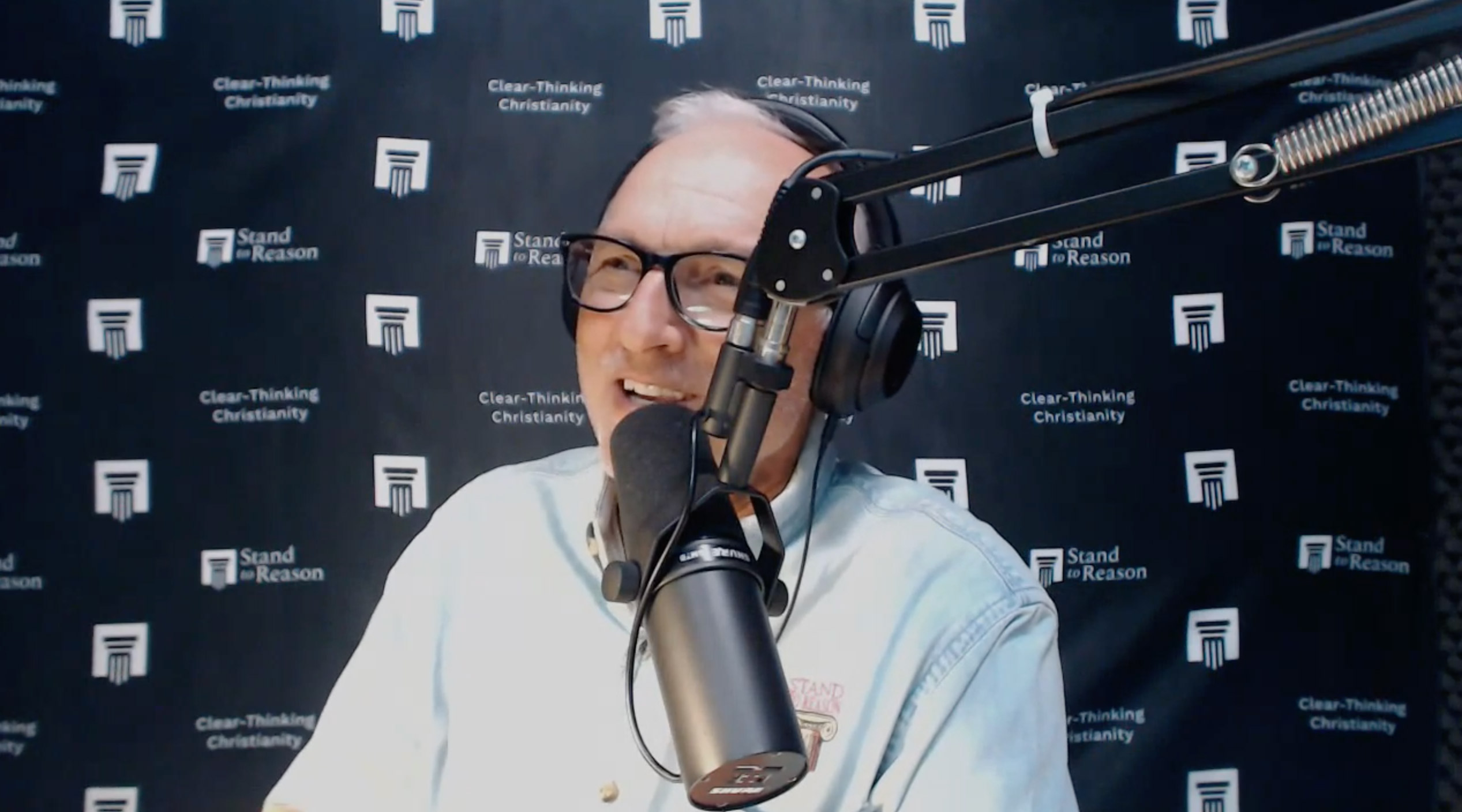 Is the Rapture Biblical?

Is the concept of the rapture found in Scripture? Greg shares his findings with a caller.

Let me explain why I do not hold to the rapture view, okay? And that is—it’s so ironic the way you put it, “I couldn’t find it in the Bible.” This is principally the reason I began to question it because—what was put to me once is, if you didn’t have the idea of the secret snatching away of Christians from the earth some years before Jesus visibly returned, if you didn’t have that in your mind already to read into the text, would you draw that conclusion from the text itself? And my answer was no, I can’t think of any passage in the Bible that would suggest that idea to me, which is why this doctrine didn’t have any legs until about 1800 years after Christ. That’s when this doctrine started to get some momentum, okay? And that, to me, was suspicious too.

Now, I know somebody will say, “Well, lookit, 1 Thessalonians 4 talks about”—and there’s a famous verse; I’m going there right now, although I know it pretty well—and they say, “There it is. There’s the rapture.” Well, wait a minute. That is a verse that you believe is confirming the rapture concept you have, but it does not speak to that concept. It doesn’t call it the rapture. It calls it something else, and it tells us exactly when it happens.

So here, reading verse 13, “We do not want you to be uninformed about those who are asleep [that is, dead], so that you’ll not grieve as do the rest who have no hope. For if we believe that Jesus died and rose again, even so, God will bring with him those who have fallen asleep in Jesus. This we say by the word of the Lord, that we who are alive and remain until the coming of the Lord—”

Okay, let me pause for a moment. What he’s about to describe, he says is happening at a specific time, and the time he says it’s going to happen is at the coming of the Lord.

Now, here’s the question: How many comings are there? How would you answer that? Two. The first coming was 2,000 years ago. The second coming is sometime in the future. There are only two comings. Well, I’m not going there yet, but I just want to keep it simple for the moment here.

But Paul says, whatever he’s talking about in 1 Thessalonians 4 happens at the coming of the Lord. So, that will happen at the second coming. There’s a first coming, there’s a second coming, okay? And he says, “The Lord himself will descend from Heaven with a shout, the voice of the archangel, with the trumpet of God, and the dead in Christ shall rise first.” This is a resurrection. It doesn’t use the word “rapture.” It uses that which comes from the Latin from this passage, I think, or maybe it’s from the Corinthians passage, but in any event, it doesn’t use the term. I’m not faulting the word, but we just want to make sure that the words that we’re using are accurately reflecting what the text says. This says, “The dead in Christ will rise,” so we are talking here about a resurrection at the coming of the Lord. And then it says, “Then we who are alive and remain will be caught up together”—there’s your rapture word, I think—“caught up with him in the clouds to meet the Lord in the air, and so we will always be with the Lord.”

So, what Paul is saying is that at the coming of the Lord, those who have fallen asleep will be resurrected, so they go from dead to alive in the resurrection. But those who have not died yet will also be resurrected in the sense that they get transformed without having died. Why? Because it’s the end. Here’s Jesus. Pretty straightforward.

Now, with that in mind, let’s go to the second passage—that is, the most popular passage that talks about it, and that’s 1 Corinthians 15. And, by the way, 1 Corinthians 15, the entire chapter is about resurrection.

So, we are talking about an event called “the resurrection” that happens when Jesus returns, and the event is one in which the dead first are risen to immortality and that those who are alive are transformed and drawn up to Christ. So, you get a resurrection of the dead, and in a certain sense, you get a resurrection of the living, which is odd, right? Okay, well that’s why Paul uses the language he does in 1 Corinthians 15. And here’s what he says. He says—he’s talking about the resurrection. Christ has been raised—the first fruits—and he’s been raised from the dead, but each in his own order. Christ—this is verse 23, “Christ the first fruits, after that those who are Christ’s at his coming.”

So, when did this happen? This resurrection happens when Jesus returns—saying the same thing as 1 Thessalonians 4, okay? Right, then comes the end. So, you have the resurrection at Jesus’ coming, and then the end. That’s it.

Now, how does that happen? And he describes it here a little further on: “Behold, I tell you a mystery”—where is that passage? I haven’t looked at this for a while. Okay, verse 50. Now, later on in the chapter, he says, “Now, I say this, brethren”—watch this now—“flesh and blood cannot inherit the kingdom of God.” Now, what does he mean by flesh and blood? He means our natural human bodies. That’s all that means. Nothing fancy. He says, in your natural mortal human bodies, you can’t inherit the kingdom. You have to be changed into something immortal in order to enter the kingdom. Now, if you’re dead, you are resurrected into immortality. But if you’re not dead yet, you have to be changed into immortality. I mean, it’s nothing tricky about this, okay? So, let me read it. “Now, I say this, brethren, that flesh and blood cannot inherit the kingdom, nor does the perishable inherit the imperishable. Behold, I tell you a mystery.”

So, now there’s something they haven’t heard yet before. Listen up, this is a new thing. We will not all sleep. In other words, we’re not all going to die. You don’t have to die to be resurrected, but we will be changed in a moment, in the twinkling of an eye, at the last trumpet. Well, didn’t we just hear about the last trumpet in 1 Thessalonians 4? This is the same event. “The trumpet will sound”—watch this—“the dead will be raised”—remember, Paul said in 1 Thess. 4 the dead go first—“the dead will be raised imperishable, and we will be changed. For this perishable must put on the imperishable, and this mortal must put on immortality.” And that’s when the saying, you know, will be fulfilled: “Death, where is your sting?” It is swallowed up in victory, kind of thing.

And the reason people say, “Well, why do you just go up to come down then? What’s the point?” Well, they didn’t read the text. The point isn’t to go up and come down. The point is to be transformed, for the dead to put on the imperishable, the perishable to imperishable, and for the mortals to put on immortality, for the full resurrection of the dead and the living to be accomplished at the return of Christ.

Now, there is nothing at all unusual, strained, stretched, theologically weird about that. It’s just straightforward from the text, and I actually have not seen any other passage that people have pointed to as evidence for the so-called rapture that couldn’t be easily explained in a different way that did not entail the secret snatching up of the body of Christ. That is a novel doctrine, in my view—meaning new historically, 19th century—and I do not find support for it in Scripture, but I can explain all of these passages in a way consistent with the idea that there is a resurrection at the end of the age where the dead put on immortality—or the dead put on resurrected bodies—and the mortal puts on the immortal, and there we are with the Lord. And then we start, I think, the millennial kingdom. That’s another debatable issue with some people, but as for this particular issue, that strikes me as pretty straightforward and non-problematic.