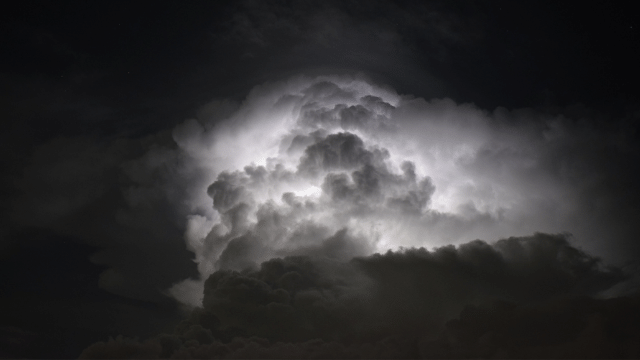 If God and Heaven Are so Great, How Is It Possible so Many Angels Fell?

If God is so loving and Heaven so great, how is it possible that so many angels fell from Heaven to follow Satan? Could they fall now? Greg answers these questions as he considers what we can know about angelic free will and redemption.

Question: “We read in Revelation that a third of the angels fell from Heaven to follow Satan. An unbeliever might be justified to ask, ‘If God so loving and heaven so great, how is this possible?’ This is not an insignificant number. Also, could a fallen angel repent? Can they still fall today or has their free will been voided? Are more angels being created by God?”

The question was, can angels now fall? Has their free will been voided? I’m not entirely clear on that, myself. This is always part of the problem when the idea of “free will” comes up. A lot depends on what you mean by “free will.” What is characteristically presumed is that they have the ability to sin and fall, and that their natures are such that makes it possible. Certainly, from the beginning that was the case, because a third of the heavenly host did choose to rebel against God, and, as far as we can tell, there is no salvation plan for angels.

Everything that is ever said about fallen angels are things that presume their eternal damnation. Some of them are even locked up for final judgment. There’s no sense that maybe in prison, their spiritual prison, they will repent. There’s nothing like that. Of course, for them to be rescued, they would have to be rescued in virtue of a sacrifice to pay for their crimes against God. Jesus, the Word, became a man to rescue humans as a kinsman redeemer. There is no intimation that the Holy Spirit—that’s the only person left—is going to take on some kind of demonic nature or angelic nature to sacrifice himself to redeem the demons that are fallen. That’s not part of the plan. I think it’s pretty safe to say that there is no grace offered to fallen angels, and this makes clear that grace is not required.

This is where I’m going to disagree with the way I understand Bill Craig’s view. Bill Craig says that justice doesn’t require grace, but love does. In other words, it’s God’s loving nature that requires that he give everyone an equal chance at salvation so that the most can be saved, and this is why [Craig’s] an Arminian—one of the reasons—not a Calvinist, because on the Reformed view, God selects who he’s going to save and lets the rest of them do their own thing to perdition and to judgment. To me, God’s love does not require grace. It is an expression of his love when he offers grace, but grace is freely given as he wills, not as he is required. That’s why it’s called grace. It’s not only not based on the merit of the individual that receives it, it is also not required of God. Rather, it is the result, as Paul says in Ephesians 1, of “the kind intention of his will.” In other words, it was a decision he made. It wasn’t something that flows naturally because he’s a loving God.

Grace is, as philosophers would put it, a supererogatory act. That means an act which is not obligatory. It is not morally obligatory, but it is praiseworthy when done. Think of heroism. Some bystander runs into a burning building to save a child. If that bystander didn’t run into the burning building, no one would have held that against them. They are not morally obliged to do that, but if they did that—they went above and beyond the call of duty, so to speak—then the act becomes praiseworthy. In the same sense, God has no obligation, even from the fact that he’s loving, to rescue fallen humanity. He did not—though he was loving—rescue the fallen angels, as far as we can tell. There’s no evidence of that. But he does so [for man] out of an overflowing of his love, as a supererogatory act, as an act of heroism above and beyond what’s required.

So, if it turns out, then, that God decides to additionally act to rescue those angels or to do something on behalf of those angels that did not rebel, he fixes their characters in immutable goodness, like I think we will experience when we go to Heaven—immutable goodness, our natures will be so changed that we will not be capable of sinning. In that sense, is their free will voided? No. They are not free to sin, in the same way that God is not free to sin, because there is no sin in their nature. It’s not anything they would freely choose. What they end up freely choosing are those things totally consistent with their morally perfect nature, just like God. That’s a good thing, not a bad thing. That’s a good kind of freedom...the freedom to do the right thing all the time and not be oppressed by doing the wrong things.

If God is so loving and Heaven so great, how is it possible that the angels fell in the first place? I would like someone to explain to me how God’s perfect love and perfection in the greatness of Heaven makes it impossible for some creatures who have the capability of exercising their will against God to do so. That certainly was the case with Adam. This question suggests that there is a predetermined element in a perfect environment. If you are in a perfectly loving environment where everything is just so and just right and just wonderful, then that will predetermine your behavior so that you’ll never rebel against it. That’s a kind of predetermination that’s, arguably, a lack of freedom. Why would anybody think that being in a perfect environment would make it impossible for them to do wrong? This is the nature of freedom...of the kind of freedom of the will that the angels had and Adam had.

The way the ancients would say it is posse non peccare posse peccare. In other words, for Adam it was possible not to sin and possible to sin. Human beings are non-posse non peccare. That means it’s not possible for humans not to sin. But in the resurrection, it’ll be non-posse peccare, not possible to sin. So, that’s kind of the way it’s laid out here. Yes, it could have gone this way, or could have gone that way, prior to the angelic fall, for angels, and prior to the human fall. After the fall, in the case of humans, the fall changed everything, and the promise of the resurrection is that there’s going to be a better state of affairs. In Heaven, it won’t be posse peccare posse non peccare.