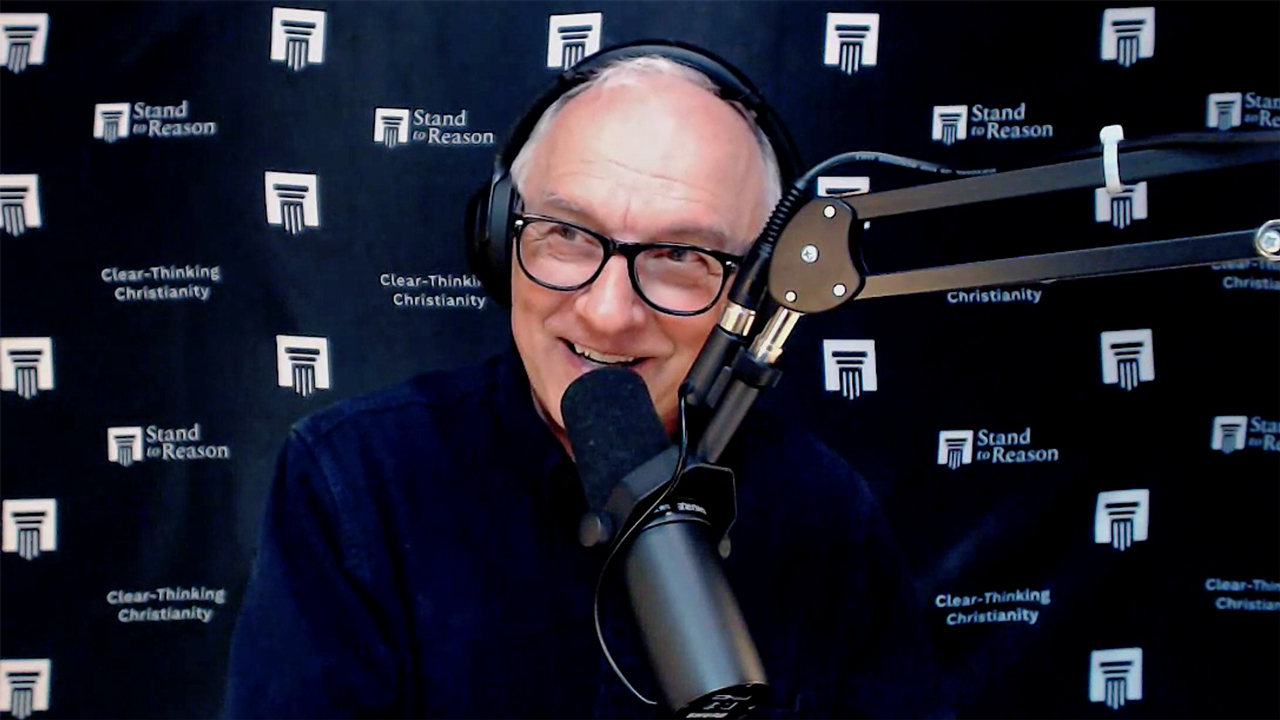 Greg gives a general principle and detailed examples to help a listener explain why, as a Christian, he is waiting until marriage to have sex.

Listener: I’m a senior at Northern Michigan studying nursing, and I’m one of a few guys in my cohort of 40, and a couple of my classmates who are girls just found out I’m waiting to have sex after marriage. I’m a Christian, and they were kind of stunned by that, and they were asking me why. Obviously, as a Christian, I feel like that’s really easy to answer. I want to obey God’s Word. I want to honor him with my life and my decisions. But to a non-believer, it wasn’t a quick answer. How would you unpack the teaching of waiting until marriage to a non-believer in a way that makes sense to them?

Greg: Here’s one way of looking at it. This is a general principle, and then we’ll narrow it down. The general principle is, when God gives us a command to do or not to do something, the command is for our good. And when I say “for our good,” what I mean is that it fits—God makes it in light of the way he made the world in order to accomplish human flourishing. So, God made the world in a particular way so humans would flourish in that world. When we violate what God wants, then we are doing something that’s going to actually hurt us in the long run. Maybe not in the short run, but in the long run. So, if we have a conviction that God’s commandments are for our good, then we ought to be able, on reflection, to intuit the good the commandment was meant to accomplish and then trade on that with someone who doesn’t care about God.

Take the one commandment, honor your father and your mother. If a child rebels constantly against his parents—this is based on the perception that they probably know more than a kid does—the kid is going to get himself into lots of trouble. If he obeyed his parents—never mind God; we’ve got God out of the picture right now—his life is going to be better. So, there’s always going to be some balance or benefit to this.

I once talked to a young man who was rebelling a lot against his family. I think that the father was a Christian, but it wasn’t a Christian environment. The father asked me to talk to his son, and I told the young man, “I know that it’s hard responding to the authorities, for example, your parents. I get it. But there will never be a time in your life when you will not have an authority over you. No matter where you live and what you do, you will always have an authority. If you’re in the habit of rebelling against authority, you’re going to pay the price every single time. You do that, and this is not going to be a happy life.”

Notice how I’m speaking very pragmatically there. That’s the broad principle. Now, let’s just go down to the specifics of sex. There are disadvantages to being sexually active before you’re married. Unfortunately, most of those disadvantages aren’t experienced until further down the line. People who are sexually active a lot before they’re married have a harder time—I’m just speaking in generalizations now—being celibate or being faithful to one spouse afterwards. People who live together before they are married have a higher divorce rate after they’re married. It is very easy in sexual circumstances for a person to be taken advantage of, and the person that is almost always the one who suffers is the woman. She’s the one who suffers, and she suffers emotional harm because human beings were not built, just in general, to live a healthy life and be playing the field sexually and sleeping all around. There is a natural impulse to that. It’s especially strong in men. This is why women, characteristically, have domesticated men. So, they get married so they can experience their sexual appetites in some measure. But nowadays, we don’t have that, and the ones who get hurt are the women, and they get hurt badly.

Recall the phrase “friends with benefits.” There’s lots of research that shows that, in the relationship of friends with benefits—that means two people, a male and female, who have a mere friendship relationship but still are sexually active with each other—it doesn’t bother the guy hardly at all. It ruins the girl. Over time, the gal gets really, really messed up.

So, I don’t know that this is going to appeal to your guy friends who want to be sexually active, because men don’t suffer as much, but if you want to have a healthy life, then don’t mess around. Court somebody. Date. Then have sex after you’re married. It’ll be more stable. It’ll be more satisfying, and you won’t get messed up. STDs would disappear. All of the problems associated with single parenthood, where women get pregnant and then don’t have the help of the husband or the father, those would all be avoided. But there are all kinds of broken families and broken relationships and broken people because of what happens when people are illicit in their sexual behavior.

Here’s the problem: People who are young can’t see it. They are looking right in front of their eyes, just like I did when I was 20 and 21 and 22, and we don’t see the consequences of our behavior. My wife was a single mom, and then we adopted two children from crisis pregnancies. It’s not ideal. They get a family—us—but, still, it’s not ideal.

There are all kinds of hardships that are involved. Sometimes, the single mom is just a single mom and other members of the family are brought in, and moms can do great in circumstances like that, and so can the kids, but it’s not ideal. Moms need dads, and children need moms and dads. And this is why, apart from the Bible, societies have learned how things work, and that’s why, socially, they’ve discouraged this kind of behavior, because they know the troubles it causes. It’s the wisdom of the ages.

Now, the wisdom of the ages is there because people made bad decisions, and they figured out in cultural terms how to make better decisions in their cultural norms, then that influenced their behaviors, and that’s what young people want to break away from—cultural norms. “You’re not telling me what to do.” Okay, well, you sowed to the wind, you reap the whirlwind. And, then, when they’re reaping the whirlwind, everybody else around them has got to reap that same whirlwind, too, because the consequences of a person’s actions are not limited to them.

I’m looking at what Scripture says, and also, I’m looking at the consequences of this behavior in people’s lives. There is so much damage that is caused in people’s lives because of sexual promiscuity and its natural consequences. Even if you try, “Oh, we’ll get an abortion, so we don’t have to worry about the natural consequences.” Well, you just killed a baby. That’s a matter of fact, and even if you don’t believe you killed a baby or believe it’s justifiable to kill a baby, you still have a death on your hands, and women don’t walk away from that easily. There’s PTSD kind of thing associated with abortion. I guarantee you, although the whole field wants to ignore that. And who suffers? The woman and possibly others around the woman—maybe the dad, maybe grandma, grandpa, maybe other aunts and uncles or would-be aunts, uncles, grandmas, grandpas. But the damage goes all over, and this is something nobody wants to acknowledge.

So, I guess what I would tell my friends who are not Christian: “Look. If you’re smart and you want to have a long, happy life—have a happy, satisfied relationship with a woman, follow these rules and you will be much more satisfied than with all these fly-by-night things that you’re involved in. I guarantee you. And the statistics bear this out.” You’ve got to appeal pragmatically, but we can do so because we have this confidence that when God provides a boundary, he does so for a reason, and the reason is for our good.

Try Before You Buy?