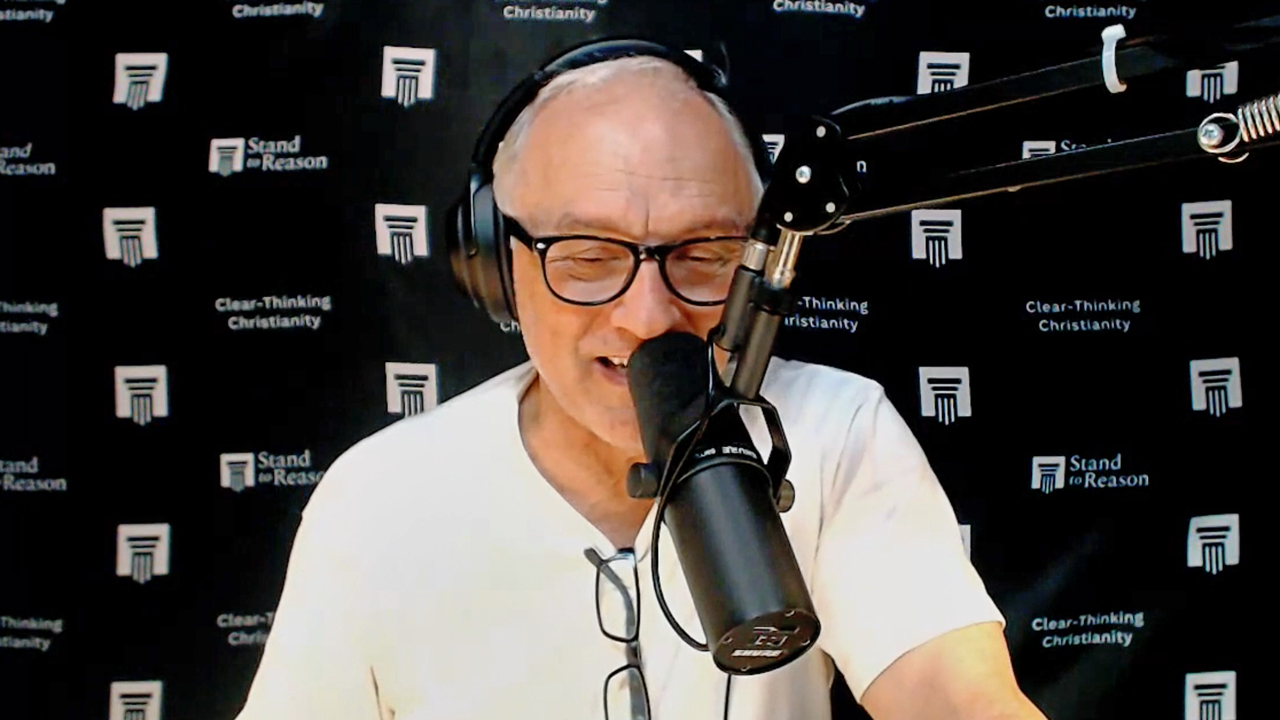 Here’s Why It’s Not Necessarily Wrong to Celebrate Halloween

Greg Koukl explains why certain Halloween activities can still be enjoyed despite their pagan associations and gives advice on one way Christians should exercise caution when celebrating.

Listener: My wife forwarded me a Facebook podcast from a gal who apparently used to practice witchcraft, and now she’s a Christ follower. So, a big part of her ministry, apparently, is to educate people about some of the demonic roots of things like, as she described in what I heard, Halloween. So, she described things like how dressing up in costumes was a way to hide yourself from demons, and decorating jack-o’-lanterns was a way to scare away demons, and so forth. So, she lays out a lot of historical context that I can’t validate or refute, but I’ll take her at her word. And her argument is, basically, because these are the roots, when you partake in these similar activities, you’re also opening yourself up to demonic activity, and I want to save you from that. I figured I’d give you a call and get your take on it.

Greg: I do have a few things to say about this, and I’ll just say, as a broad response, I disagree with the person in virtually every single thing that she claims, and therefore the consequence or the recommendation I would give as a result is going to be different, as well.

There are a couple ways I could approach this. When Paul talked about idols, he said there is nothing in an idol. An idol is nothing. The prophet said, “They have eyes. They can’t see. They have mouths. They can’t speak. They have ears. They can’t hear. And who makes them are like them.” They’re just wood, okay? They don’t have this internal power to them, and this is why meat sacrificed to idols didn’t have any inherent evilness to it, even though some people thought so, and they were skeptical. So, Paul said, well, don’t bother those folks, but you know a meat offered to an idol—an idol is nothing. So, the meat is not somehow tainted. You can eat it. And, apparently, if you got meat offered to idols, it was cheaper than regular, so poor people could eat that. But notice that what Paul seems to be saying is there’s nothing in the thing itself, even though the thing can be used by others for something that’s wrong. It is the thing that they use it for that is spiritually suspect, not the thing they are using.

She mentions costumes. Costumes were to scare away the demons. Is this person, then, against all costume parties of any kind under any circumstance? Well, why not about all costumes but simply costumes on this night? The difference, I suspect, is that in these others’ costumes, people who are wearing them were not trying to scare demons away. I mean, just think of Shakespeare. So, you’ve got stage plays. People wear costumes. They didn’t even have women actors. They had men pretending they were women, and sometimes they had masks that they would use. That’s where this concept of hypocrite came from. You’re hiding behind a mask. You’ve got a mask that shows one thing, but the real self is underneath and behind it. So, these are all costumes. Oh, that’s not a problem? Why not? Well, because they are not being used for occult purposes. Okay. When you wear a costume on Halloween, are you using that for occult purposes? That’s the core question. That’s what matters. What’s the answer? No, for almost anybody. When you think of all the kids and people who dress up in costumes, people are not using these for occult purposes.

Now, it may not be wise to wear costumes with occult themes but for, in my view, a different reason. If I dressed up as a devil, and I had a red suit and a pitchfork and all that other stuff, and I’m dancing around, I’m not going to attract demons to myself. I have no reason to believe that demons are going to be attracted to my outfit. How does that open me for demonic activity? She might say, “I know it does because this is what happened in my experience in the occult.” That makes no sense to me, and “greater is he who is in me than he who is in the world.” And Paul seems to indicate that these things don’t matter. Maybe, when you were in the occult, you were vulnerable because you were in the occult, but now that you’re Christian, I don’t see why that vulnerability continues in the way that it did for you before.

If I were wearing a Satan outfit—now, I don’t think we should do that, but for a totally different reason. What happens when you dress up like Satan in red tights, and you have a pitchfork and some horns, and you’re dancing around on Halloween? People do not take Satan seriously. It’s treating a very significant spiritual thing in a frivolous way, and I do think that there is some traction that the enemy gets in terms of a spiritual scheme with regards to Halloween, and that is, when it comes to occult things, they make it look frivolous.

This is probably something that the person that you’re referring to and I would completely agree on, but notice it’s not because there are occult powers attached to the objects. It’s because what I’m acting out in that instance is a pattern or a way of minimizing or taking spiritual things, demonic things, in a frivolous way, and that is a problem. But that would be true not just of Halloween costumes. That would be true of a whole bunch of other things that might be trivializing genuine spiritual dangers. That, to me, is a much bigger danger.

I don’t think that jack-o’-lanterns were made in the past to scare demons away. We put a jack-o’-lantern out just to light the way and display that you can come to our house and trick-or-treat. That’s all. It’s not because we’re trying to scare any demons away. We actually have a pumpkin outside of our house, but it doesn’t have a face on it or a candle in it. How does cutting a face in it invest it with some kind of spiritual magnetism that draws demons to us? I am not practicing an occult thing. It is not what I’m doing. I’m just carving a pumpkin. What if I put a Jesus name in the pumpkin? Would that scare the demons away because it says J-E-S-U-S? I don’t think any way the pumpkin is configured has anything to do with demons. I have no reason to believe that.

You absolutely can separate these things from their supposed origin. If not, why isn’t it the same thing with the meat sacrificed to Idols? How can you separate that meat from the idolatrous practices that it was a part of? I don’t know what’s a better parallel. Right out of the text. And Paul said, no, it’s nothing. There’s nothing here to worry about.