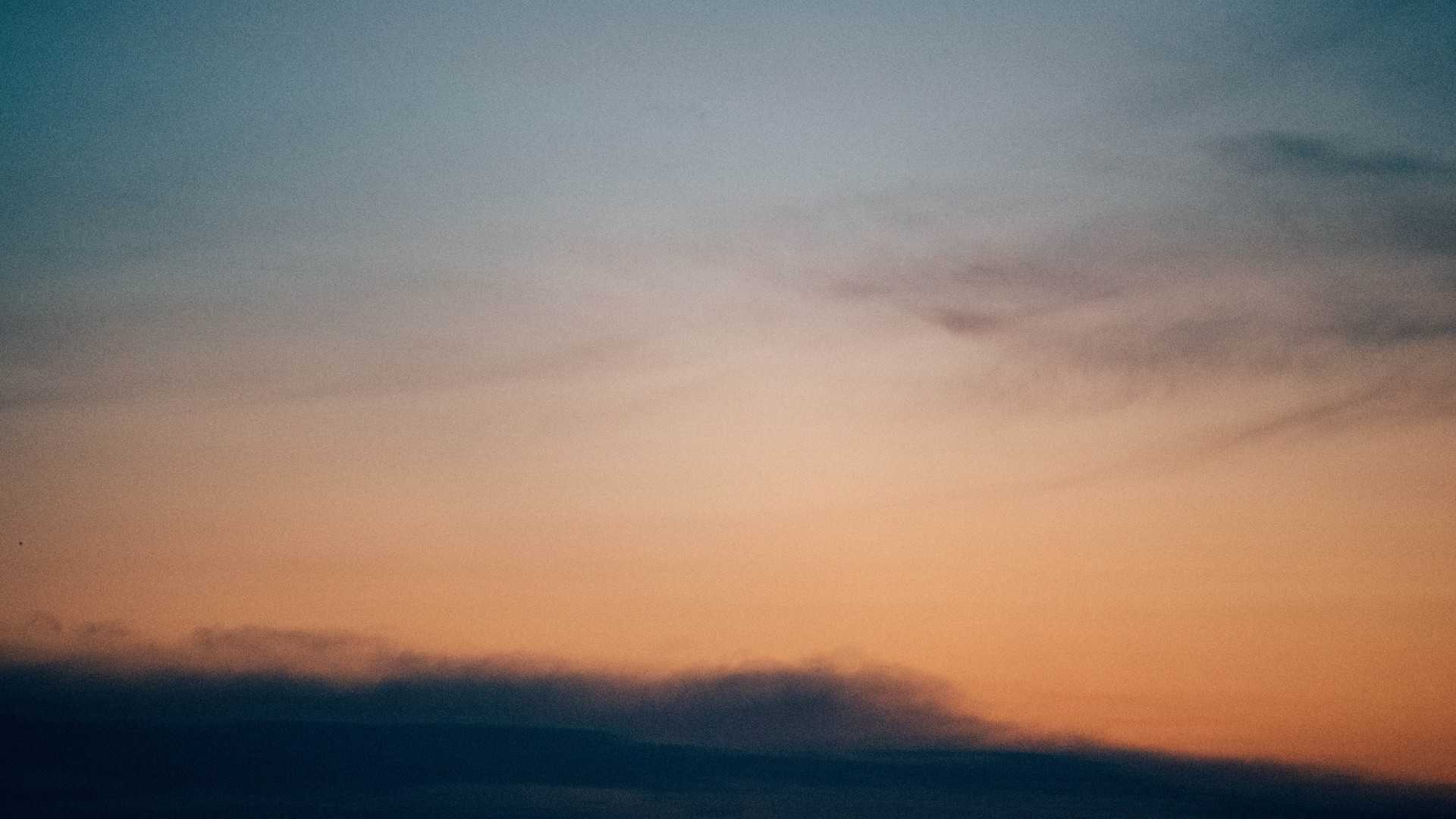 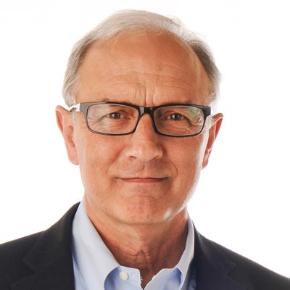 To some, the concept of eternal security cheapens grace and implies that Christians no longer have any choice. Does the “once saved always saved” view make us into libertines, or puppets dangling from God’s string?

The concept of eternal security—“once saved always saved”—is deeply offensive to some Christians. It implies to some that we no longer have freedom of choice. Even if we go back into the world and fall into sin, we’ll still go to heaven when we die. We can no longer choose to leave God. Instead, we’ve become captives once we’re saved, mere puppets on a string.

A second issue also comes up. It would cheapen grace if God still forgave Christians who continued to sin. Those who disagree with eternal security generally don’t consider themselves sinless. Their faults are capable of being forgiven. Their place in the Kingdom is safe. Backsliders, though, have crossed the line. Ongoing sin is not covered by grace. For them there is no hope.

This question triggers three different but related thoughts which may help you to understand what I believe the Bible teaches on this issue.

First is the issue of free will. This is a slippery concept because many of us can only see the extremes. We’re either complete masters of our fate or total robots. The truth is, though, we all live somewhere in between.

In one sense, the only totally “free” man who ever lived was Adam. Everyone since Eden has been enslaved. Jesus clearly stated that whoever commits sin is a slave to sin. In other words, we’re controlled by an internal, deceptive force, “sin in me.” We don’t actually have the freedom we often think we do. We are not truly, completely free. Something else masters us.

Sin is a disease, infecting us in the deepest part of our being. Like a patient dying of cancer, we don’t have the “free will” to be healthy. We’re powerless to change our condition except to exercise limited choice. Even our ability to ask God for help comes from Him.

God’s Choice, Not Mine

Regarding free will, then, we’re much more constrained than we think we are. Even with that constraint, though, the fundamental issue of security is based not on what we choose to do, but on what God chooses to do.

That brings me to my next thought. What is the essence of salvation? Isn’t God’s own personal choice to forgive us the very heart of the issue? Salvation is something God does, not something we do. We receive from God, but it’s God’s choice that starts and completes the process. Paul wrote, “For I am confident of this very thing, that He who began a good work in you will perfect it until the day of Christ Jesus.”

If we offend a brother in Christ, ask for forgiveness, and then go on being offensive, is he violating our free will by continuing to forgive us? I don’t think so. He may be influencing us by his love, but he certainly can’t be charged with manipulating us like a puppet on a string.

Even so, we do not lose our capacity to choose if God decides not to hold our sins against us. What does our free will have to do with what God chooses to do on His side of the relationship? He’s chosen to forgive and He has the right to do so because He’s the one that’s been offended.

How Low Can You Go?

Third, the question is not whether Christians are capable of rebellion. Clearly each one of us, Christian or non-Christian, can do unspeakable things. The issue isn’t whether we’re capable of backsliding, but rather what God does with our sin when it happens. What does the Bible teach about forgiveness?

Much discussion about eternal security comes from the book of Romans. This epistle is Paul’s definitive statement of forgiveness and salvation. We may point to isolated passages in other parts of the Bible that raise questions, but we can’t ignore the great emphasis taught progressively throughout this book. That emphasis, in my opinion, is the assurance of forgiveness based on God’s grace.

Paul made it abundantly clear that a person cannot be saved by any system of works. This is his consistent teaching. He says to the Christians in Rome, “Now we know that whatever the Law says, it speaks to those who are under the Law, that every mouth may be closed, and all the world may become accountable to God.” To the Galatians he writes, “The Scripture has shut up all men under sin.”

Paul worked hard to prove the point that our forgiveness comes by an act of God’s grace based on our trust in Him. God saved us; we don’t save ourselves. The question I ask, then, is this: If keeping the law does not make me Christian, how can breaking the law make me a non-Christian?

In one sense, everyone’s a backslider, because everyone sins, some for five minutes, others for five years. If we come to God on the basis of our own merit, we’re all sunk. Any system of works condemns every one of us. We’re either held by God’s grace or we’re not held at all.

How Much Sin Can God Forgive?

A couple of years ago the death of Jeffrey Dahmer created a stir on radio talk shows. Dahmer had been convicted of brutal homosexual murders and cannibalism, crimes so ugly it made civilized people shudder. Dahmer learned that prison life sometimes metes out its own brand of justice. While in jail, he was beaten to death by inmates.

What made Jeffrey Dahmer’s case so notable for talk radio was that while in prison he apparently committed his life to Jesus Christ and was baptized. Jeffrey Dahmer—homosexual, murderer, cannibal—died a Christian.

Non-Christians were deeply unsettled that a brutal criminal at the end of a life of debauchery could find forgiveness in Christ. What kind of God could forgive the likes of a Jeffrey Dahmer? The answer is: Only a God whose mercy is powerful enough to wash clean the blackest of sin.

Any God capable of forgiving the worst of sinners can forgive “ordinary” moral criminals like you or I. Jeffrey Dahmer’s forgiveness is a vivid demonstration of Paul’s teaching in 1 Timothy 1:15–16. “It is a trustworthy statement,” he wrote, “deserving full acceptance, that Christ Jesus came into the world to save sinners, among whom I am foremost of all. And yet for this reason I found mercy, in order than in me as the foremost, Jesus Christ might demonstrate his perfect patience as an example for those who would believe in him for eternal life.”

For those tempted to say, “Listen, I’m no Jeffrey Dahmer,” my response is simply this: “Maybe not, but you’re no Jesus Christ either, and you’re more like Dahmer than you are like Christ.” That’s the comparison that ultimately matters. That’s the bad news.

Here’s the good news. If God can forgive a Jeffrey Dahmer or a Saul of Tarsus—if the blood of Christ is powerful enough to cleanse the sins of a murderous cannibal or potent enough to pay for the crimes of a vicious persecutor of the church—He can forgive you and me.

Forgiveness is God’s choice, His decision. If anyone’s “free will” is being crimped, it’s His. Having once promised to forgive, God does not have the freedom to go back on His word. We can still choose to sin, but God cannot choose not to forgive. We have His word on it.

Forgiveness happens when God reaches down to us in our spiritual darkness, in the depths of our sin, and enables us to make a feeble, but genuine, choice for Him regardless of our depravity. That sets into motion the irrevocable promise and provision of God.

We are God’s captives. We’re captives of grace. We have security based not on our tenuous obedience, but on His utter reliability.