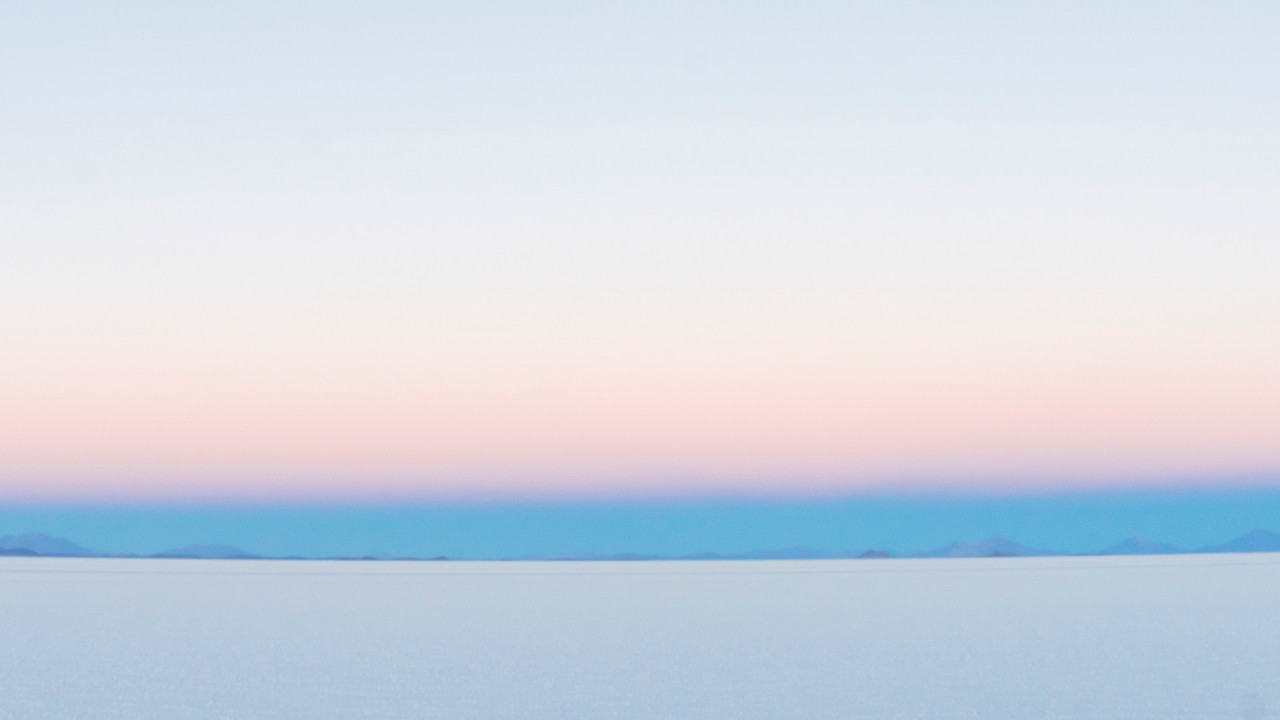 This piece is told in the first person from the viewpoint of my close friend, Martin Caveza, who lost his older brother to AIDS.

Devon is going to die. I know it. Even now I can see the life slowly drain from his frail body. His face is drawn. When he speaks, the words come in short spurts. He fights for each breath, the air scraping down his throat.

I stand by his bed. Sometimes when his pain is too much I hold him. We pray. I don’t ask questions. He has AIDS. And he’s my brother. That’s all I need to know.

When you see somebody you’re close to in pain and crying out, any resentment, any facade or barrier between you vanishes. All you can think of is how much you love them.

It wasn’t always like this, though. When Devon left home at 18, I was only seven. Later, when I moved to California, we’d visit. But it was a long drive from my place in Redondo Beach to Studio City in the Valley. Phone calls were infrequent. I was starting my career; he was busy.

One day Devon called. “I’m in the hospital,” he said. “I’ve got pneumonia. Can you come on out and see me?”

I drove out after work. When I went up to his room there was a sign on the door: “You must put on mask and gloves before entering.”

“What’s wrong with him?” I thought. “I guess pneumonia is contagious.” I donned my protective clothing and walked in. Devon told me the doctors thought he had AIDS, but they didn’t know for sure.

A couple days later the results were in. Devon called to tell me the tests were positive. I sat on the coffee table in my living room and cried. Devon cried too.

That week, coincidentally, I gave notice at my job, my girlfriend and I broke up, and my car got stolen. I came home every night and cried myself to sleep in a corner. It was unbearable.

“Look God, if you’re out there I need some help,” I’d say. “This is too much for me to handle.” I got out a Bible I had tucked away and started reading. I read for three nights in a row.

I’d lived across from a church in Redondo Beach for more than two years, but I’d never gone. One Friday night, feeling very alone in the world, I crossed the street and walked in to the evening service.

Inside, people were raising their hands and singing. “I’m in the wrong church,” I thought. As I listened to the pastor’s words, though, tears came to my eyes. I went back Saturday night, Sunday morning and Sunday night for three weeks.

I had two alternatives. I wanted God to pull me out of this, or I wanted to die. I was on my back looking up. Faith was all I had left. I prayed and gave my heart over to God sincerely, no bartering, no arbitrating.

I now knew there was only one answer for Devon. There wasn’t any cure for AIDS. There was nothing the doctors could do. But God was alive. My life had been touched by Jesus Christ. I could feel His power. It was real.

I began sowing some seeds, but I wasn’t very bold. Devon wasn’t receptive. To him it was religion. I prayed for him constantly.

I had tunnel vision. I’d go to Devon’s house or we’d talk on the phone and I’d tell him about the Bible. Sometimes we’d pray. There was only one thing that was important to me: that Devon realize he needed Christ.

In January, 1988, I was going to get baptized. I thought it would be a good way to get Devon to come to church with me. When I invited him he came, but he was skeptical.

“My church is kind of unique,” I warned him. “It might be a little different than what you’re used to.”

“I’ve been to a lot of churches. Nothing can surprise me,” he said.

I began to pray quietly to myself. “Lord, let this get through to him. Let him see something real in all of this.”

Before I got baptized I told the audience how Jesus had changed my life. I could see Devon in the middle of the auditorium watching me intently.

We didn’t talk until we got in the car and headed home, then Devon told me what he thought.

“When the pastor said everyone would give a little testimony, I thought, ‘Oh no. I don’t want to listen to this.’ But the words of the songs, the things people said, the things you said... It really meant a lot to me.”

When we got to his house it was late. He sat quietly with me in the car while I prayed. I thanked God for what He’d done in my life. I told Him how much it meant to me to have my brother at my baptism. Then I hugged Devon a long time.

Over the next nine months Devon’s health began to go downhill. He looked forward to the times he could come down to church with me. Sometimes I’d go up to his place and we’d sit and talk. At times he’d be hurting so much he would cry while I held him.

“It feels nice to be hugged by somebody,” Devon would say. “It’s really good to know that somebody is there.”

Sometimes I’d read Psalms to him. One night when Devon’s pain was especially bad I read Psalm 6.

Be merciful to me, Lord, for I am faint;
O Lord, heal me, for my bones are in agony.
My soul is in anguish.
How long, O Lord, how long?
I am worn out from groaning;
All night long I flood my bed with weeping and drench my couch with tears.

Devon had me read this Psalm to him over and over. In a strange way it gave him comfort. Soon after, Devon asked Jesus into his heart.

At Christmas time we went home together. It was the first time my family saw Devon really sick. He had a rough Christmas and spent a lot of time in bed. He was very, very weak, had trouble swallowing and couldn’t eat much.

By spring Devon was even worse. He had cancer from his knees down and open sores on the inside of his throat.

On Easter I got him a card. I told him how thankful I was to share Easter with my brother the way I could only do with somebody who really knows Jesus.

Easter morning was cold and Devon was really weak, but he wanted to go to the sunrise service so I bundled him up in a sleeping bag and we went. Afterwards I made brunch for him and we dyed Easter eggs. We talked about Easter and the pastor’s message. Then we prayed together.

“How would you like to fly a kite?” I asked. We drove to the beach and got the kite in the air, but it was too cold for Devon so he sat in the car while I pulled in the kite.

When I came back Devon was deep in thought. “Before you dust off your shoes I’d like for you to do me a favor,” he said. He got out of the car and led me to the edge of the water.

I walked him gently into the water until it was just below our waists. “Shall we go further out?” I asked.

We prayed together, our faces towards the sun. I took handfuls of water and poured it over Devon’s head. His heart was so sincere. He was so thankful.

“The water on my body and the sunshine on my face feels so good,” he said. Suddenly a big wave came and immersed us both.

I thought to myself, “What actually is happening here? It’s not just two people standing in the water. This is my brother being baptized. This is God smiling down as Devon publicly declares his faith.”

We went back to the car, drove up to the cliffs over the ocean in Palos Verdes and talked. I looked at Devon watching the sunset. Maybe he was realizing he was in the sunset of his own life, reflecting on the differences in life now, knowing what it’s really all about.

Three days later Devon was admitted to the intensive care unit. His lungs had collapsed and he was in agony. When I got to the hospital he was in isolation. I had to wear gloves and a mask again because they thought he might have tuberculosis.

In the ICU he was in so much pain he asked me to sing to him. I sang a hymn that was a favorite at my church:

I worship you, surrender all I have to you.
I run to you and fall at your feet.
I feel your grace embracing me.
I see your face.
It’s telling me you’re healing me, restoring my soul.
O, Lamb of God, you are my life.
Take me in your loving arms, O Lamb of God.

Even though he was in pain, he listened hard, concentrating on each word. I reminded him that the Bible says these present sufferings cannot compare to the glory that would be revealed in Jesus Christ. I recounted God’s promises.

“God hasn’t let you go, Devon. He’ll never leave you or forsake you. Just as I’m holding your hand, God’s holding your hand. He knows exactly how you feel. He knows the pain. He’s been through it, too.” Talk like that meant more to Devon than anything else because it was real.

One day he hurt so much he could hardly endure it. I put my arms around him as he cried. “Promise me you’ll never leave me,” he said.

“Promise me that every time you see me you’ll talk to me about Jesus.” As we cried and prayed I thought to myself, “This guy wants as much of Jesus as he can get, and I want to be the one who shares it with him.”

Now as I stand here looking down at him, I can sense his frustration. He lies there knowing and understanding the eternal issues of life, but he’s confined to a bed. He may never get to teach anyone.

“I wish God would perform a miracle,” he once said, “so I can baffle the doctors and live my dream, to go out and spread truth to other lost souls. That’s all that counts.”

From that bed, however, Devon has taught me more truth than he’ll ever know. To outsiders this is a defeat, a tragedy. But I have seen more life in these tragic circumstances than most people see in life itself.

The beauty of some things far outweighs the ugliness of disease and death. I have a brother I never used to have before. Unfortunately it sometimes takes disaster to bring people close together. But I’d rather have one year like this with Devon than 20 years of never knowing him.

I don’t see a man dying of AIDS. I see a man who knows God. I see goodness, and gentleness and honesty. I see a friend. I see someone I love, someone I’d die for.

I see Devon, my brother.

Devon Caveza, a Christian, died of AIDS in August, 1989. He was survived by, among others, a brother who loved him.