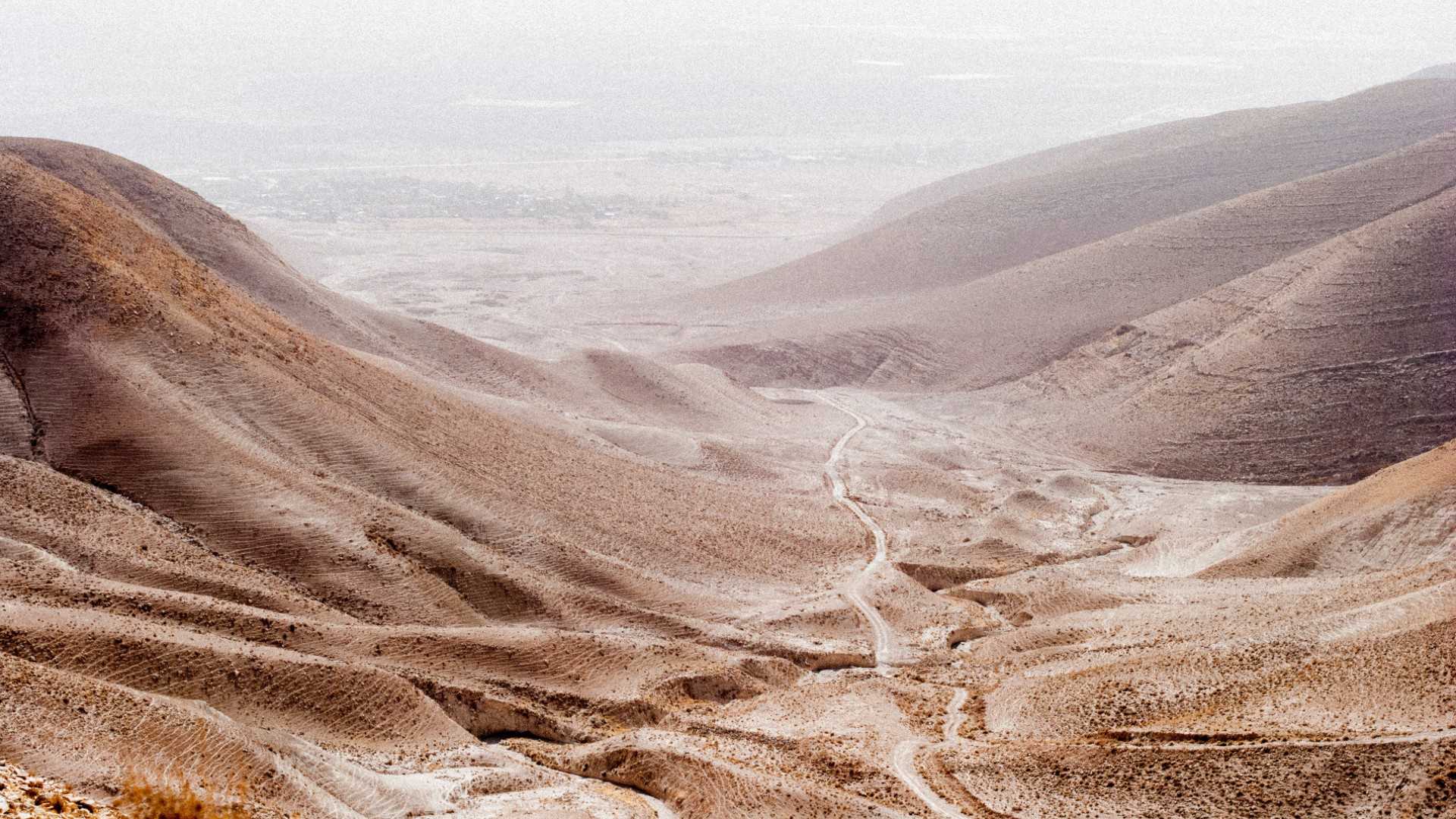 Why is it moral for God to kill innocent human beings when it is immoral for us?

I want to tell you about a conversation I had a few days ago with someone I chatted with on the phone about a question that came up in light of my earlier teaching and discussion on the issue of morality. My arguments last weekend as I taught, and I've spoken of many times on this show, and a little bit even yesterday about morality is that there are absolutes that relate to every human being and the absolutes come forth from the character of God. It doesn't matter what time you are in, or what culture you are in, or what circumstance you are in, these absolutes still apply to everyone who is in a morally or a relevantly similar circumstance. So there is a universalizable aspect to moral absolutes. They are applied universally.

The question was, "If morality was absolute, such that it doesn't change with time, circumstances or belief, and part of the absolute morality is that we ought not take the life of innocent human beings--especially innocent children--then how do I justify God taking the lives of innocent children at the original Passover when the angel of death came through and killed the first born in every family?" I have had a way of responding to that in the past, but as I was talking a new angle to this occurred to me, and it really helped me to understand the issue better so I want to pass it on to you.

This question, by the way, is not just an isolated, highly focused question about the Passover. It's really a much broader question stated in a different fashion. The broader question is asked much more frequently, "How is it that God could allow the annihilation of thousands and thousands of people, whether that annihilation was through war or natural disaster? In fact, how is it that God could even command such a thing in the Old Testament if it is immoral to take the life of an innocent human being? How does it suddenly become moral because God Himself commands such a thing?"

In answering this question, we have to be careful of what is called Euthyphro's Dilemma and the dilemma is: Is morality something that is above God, that God must conform to, or is morality something that is merely the whim of God, such that God can choose to do anything He wants and it's still called moral? In the first case, it would mean that there is a law above God that He is subordinate to, which mean He would be less than God. In the second case, if morality is merely that which God says is right and wrong, then it seems that moral things are merely arbitrary and God could change His moral viewpoint at His whim, and this would then reduce His morality to His power. God has the power to enforce whatever He wants, therefore whatever He wants happens to be the moral thing at that time. Killing innocent children is immoral now, but tomorrow He might change His mind. And because He is God, after all, He can make that a moral thing, at least for Him. So there is the dilemma because it seems like you lose both ways.

I think my answer to the woman who called me avoids the dilemma, and I think it's a fair response, but you have to think about it for a moment because it may seem like I'm trying to slip out of the problem. My answer is simply this: How is it that God can allow the taking of life of innocent people? The answer is that God, being the Author of life, has the absolute right to take life away whenever He wants to. Simply put, He gives life, He takes it away. Life is His to do with what He wants. He can give it, as the Author, and as the Author, He can take it away again.

In the same way, life is God's possession so God may do with life as He pleases. Now it may sound like I'm simply reducing God's morality to His power. He can do what He wants because He is God. That's not what I am saying because I don't think taking innocent life is patently, on the face of it, immoral. It is immoral when it is done by certain people, and not immoral when it is done by others--or Another.

I am merely stating that there are certain things which are clearly God's prerogative. Can God create something and then destroy what He's created? Yes, He can do as He wishes, though His wishes are constrained by His character so He can't wish something that is immoral or inconsistent with His character. And there is nothing patently immoral about the Creator of life taking away life. It's immoral for us because when we take life, usually we are exercising a prerogative reserved for God alone.

There are a few circumstances where He delegates that power to us, specifically in my view, capital punishment. We know this intuitively, folks, because when men seek to make life and death decisions for others, what do we tell them? We say, "It's not right for you to 'play God.'" Well, of course it's not right for man to play God, but it implies that it is right for God to play God , and that's my point.

My point is simply this: we intuitively know that man and God have different prerogatives. It is inappropriate for men to take innocent life simply because we are robbing other human beings of a God-given gift and we are not to play God in that regard. But clearly God can play God. It is His role and He is not robbing when He takes away what He has given in the first place. It is something that is under His appropriate control. He can take a life anytime He wants. Taking innocent human life is wrong for us, because taking life is God's prerogative, not ours, which means it is appropriate for Him to do it, not us, and He can dispense and retract life whenever He pleases.

Part of the problem here is that we want to hold God to the same standard of morality He holds us to, as if the standard is above us both and man and God are on equal terms when it comes to behavior. Whatever we can't do, God shouldn't be allowed to do either. But every parent knows that such an arrangement is just plain false. Parents aren't constrained by the same standards that their children are constrained by, and in the same way God has a different set of prerogatives as well. Life and death is one of His, not one of ours, and that's why it is appropriate for Him to make His sovereign decisions with regards to the disposition of life and death. We are not to do so, and that's the long and short of it.

I want to add to a piece I did last week called "Can God Kill the Innocent?" The piece was in response to the question, "How can we morally justify God killing innocent children, or that He arranges for it, for example in the Passover, if God is a moral God?" My response was actually quite simple, but I want to add another illustration to make it clearer.

I want to add an illustration I think sharpens the point a little bit because it seems to suggest that there are some things that are immoral for us yet are moral for God and it's hard to make sense of that. My illustration simply is that we know this intuitively if we are parents. If we are not parents and we reflect for a moment, we realize that there are some moral rules that apply equally to all human beings and the moral rule does not discriminate between different human beings. That's the kind of moral rule it is. We ought not murder, and that doesn't change whether we are adults or children. Children ought not murder other human beings, nor should adults murder other human beings.

By the same token, there are some things that are true for us as being moral because they are true for God. It is wrong to lie, because God is a truthful God and He doesn't lie because there is no deceit in His nature. And that moral quality then becomes incumbent upon us. So in a sense, the moral rule applies to both God and man although I want to be careful, you understand, when I say it applies to man that man has to answer to the rule. When I say it applies to God, I'm not saying that God has to answer to the rule. It only applies to Him in that He is a moral being who lives without deceit and so He exemplifies the rule, He is not beholden to the rule. The rule is for us. But in one sense, both God and man have the rule in their sphere.

However, what about the rule thou shalt not kill? That's a different kind of rule. That is a rule that applies to human beings because the taking and giving of life is not our prerogative so it is immoral for us to do that. But the taking and giving of life is God's prerogative, so it is not immoral for Him to exercise the same thing. He can give and take life at His whim, if that's what it amounts to, because He is God. Human beings can't do it because we are not exercising our prerogatives. That is solely God's prerogative. In the same way that parents have certain prerogatives that children do not have, God has prerogatives that humans don't have.

I think that is the key to unlocking this very tricky issue, at least it may seem so initially. How do we justify the taking of what seems to be innocent life in the Old Testament by God directly or indirectly through floods and earthquakes and things like that, or through the mediation of a go-between in the time of the Old Testament like the nation of Israel going into a country and killing all men, women and children? I think this speaks well to that issue.

God is the author of life, therefore He has the prerogative to take life whenever He wants. That is His prerogative. It is only immoral when human beings exercise prerogatives that are not theirs, that are God's alone.