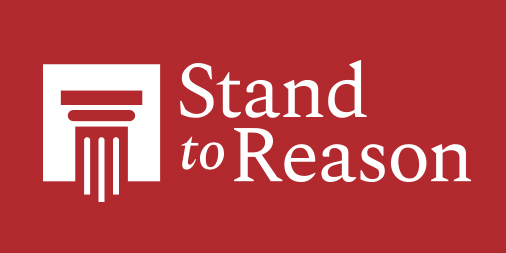 If God exists and He created us, He designed our sexuality. And if God is good, then He designed our sexuality for our benefit. Not only is this true, it has pragmatic benefits when we align our lives and behavior with our design. And recent sex scandals illustrate the destructive nature of doing things mainly because they give us pleasure rather than making wise choices that lead to our wellbeing.

The Bible tells us that God designed us male and female and that there are sexual benefits because of that. There’s companionship, identification, procreation, and also happiness and safety when we follow God’s plan. God designed sex for marriage, not to be a killjoy, but for our flourishing.

While sex outside of marriage has lots of short-term pleasure, there are long-term harms. The Federalist posted the results of a recent study that confirms what other studies have shown: cohabiting and having children outside of marriage is a strong indicator of poverty. Seventy years ago, the most important factor in economic wellbeing was employment. Fifty years go, it was education. But for the last twenty years, the most important factors have been marriage and having children within marriage. Cohabiting and having children out of wedlock, even if the parents eventually marry, are strongly associated with poverty.

What happened between 20 and 50 years ago? The sexual revolution. No-fault divorce. Out-of-wedlock births. The study shows the pragmatic results of pursuing a sexual ethic we’re not designed for. Doing things as God designed for us actually has pragmatic benefits.

When the Harvey Weinstein story broke a few weeks ago, columnist David French made a simple but really profound observation. Before the sexual revolution, there were boundaries around sex. Even if not practiced perfectly, generally our social norms followed God’s norms and it produced good benefits for individuals and society. Sex was reserved for marriage. Extra-marital sex was wrong. Casual sex was rare. Spouses were expected to be faithful. Children were to be born into a married home. Divorce was hard to obtain to encourage couples to stay together and work through problems. Sex was not on display virtually everywhere we look. Teens were not assumed to be sexually active. Children were not sexualized and exposed to images and ideas beyond their developmental level. Things weren’t perfect; I’m not idealizing the times. There were plenty of failures and hypocrisy. But generally, these boundaries were reinforced, followed, and were good for individuals and society.

French says, “The practical result of consent-focused morality is the sexualization of everything.” Sex isn’t for just marriage anymore, so any relationship has the potential to become sexual. That’s his key idea. There are no boundaries other than consent, which is turning out to be (not surprisingly) too weak an ethic to contain sexuality. Consent isn’t enough because every relationship is potentially sexualized and sex is a powerful driver. God made sex powerful to bind married couples together. Instead, outisde of God’s plan, it destroys people. All kinds of abuse flow from the lack of boundaries. There are calls for punishing those who cross the consent limit, but it won’t stop the abuse of sexuality because there are no boundaries.

The tragedy is that the church is too much like our culture. We’re influenced by our culture, and the lack of sexual boundaries creeps into the church where we not only see high-profile leadership failures but many Christians living no different sexually than non-Christians. French points out that, at a time when the culture may begin to recognize the failures of the sexual revolution, the church may be in no position to show them a better way. But we must.

God designed sex, and the beauty of the plan is displayed more profoundly when the failures of not following it are staggeringly obvious. Christians must live as God designed so that we can demonstrate the goodness and beauty of sexuality. We can witness what God has told us about sexuality as He’s designed it. And the pragmatic benefits can be demonstrated.

Worldviews have consequences and play out in our behavior. Look at the end results of a consistently lived worldview and trace it back to the key values to find the truth or the lie. The culture has sold the idea for 50 years that consenting adults can do what they wish sexually without hurting anyone. It’s a lie. God has a wonderful plan for our lives, including our sex lives as He’s designed them to be lived. We have the truth. Let’s live what God teaches it in a way that commends the beauty of His design and share the truth with others for the sake of lives being shattered by a lie.