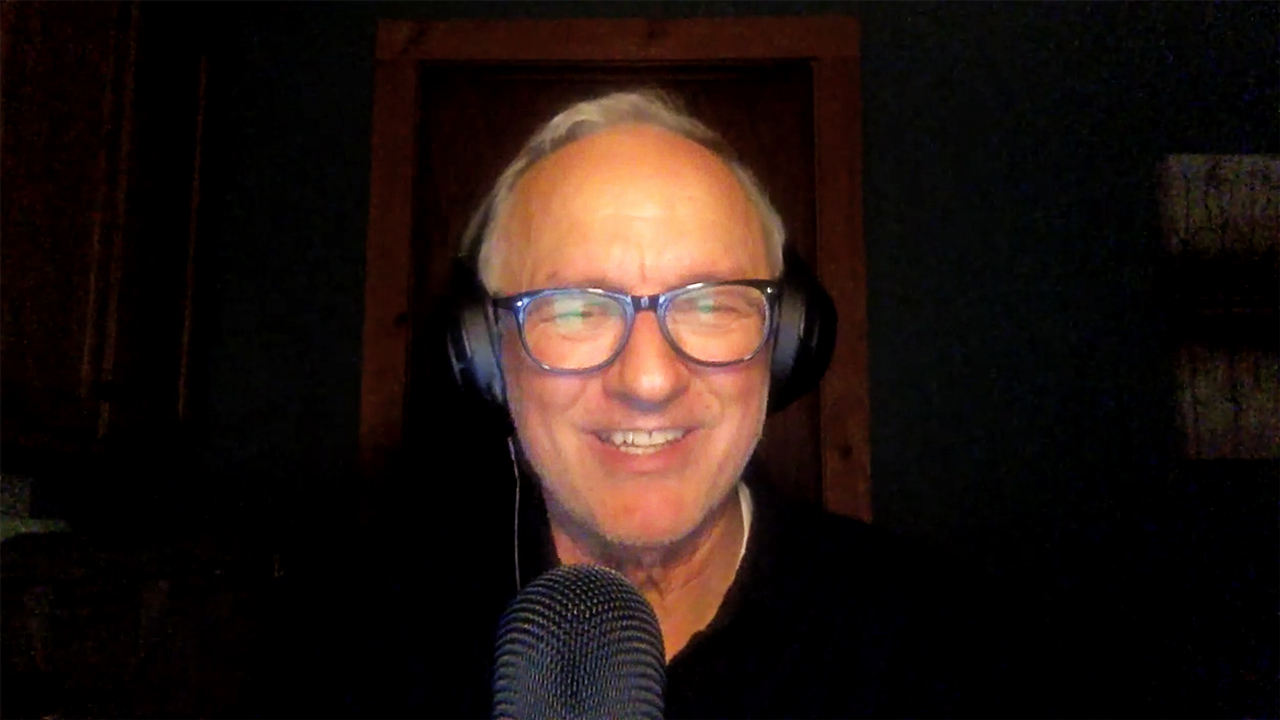 The Nature of Morality Is Obligation to Appropriate Authority

Since principles exist outside of ourselves, can we then ground objective morality in mere ideas? Greg Koukl responds.

Caller (Dan): I had a question about the basis of morality and the struggles that a purely secular worldview would have in coming up with any sort of basis or objective nature for what it is. And just to put my cards on the table, I’m somebody who would consider himself a skeptic or an agnostic, and I was curious if you thought that one way to establish a basis for objective morality would be that our moral obligations would come from, instead of a person or an entity, a principle or perhaps an ideal. Would you think that would be a valid way to address that concern?

Greg: This is a very interesting question. Before I get into my response, though, is the reason you’re asking the question because you, even as an agnostic or a skeptic, you still are aware of the reality of moral obligations and you’re thinking about alternate ways of grounding it?

Dan: Yeah. I would say that my personal opinion is that morality is still a largely objective endeavor. I don’t think it’s perfectly objective in all cases. I think there are some subjective elements to it, but I would still adhere to a primarily objective absolutism.

Greg: Okay, that’s good. I think that’s what I call common sense realism. I mean, this is, to me, the problem of evil—which is something everybody is aware of no matter where they lived or when they lived—it can only be a bona fide problem if evil is not subjectively characterized, but is objectively characterized and therefore objectively violated. And that’s what we call the problem of evil in the world, so to speak.

So I’m with you entirely. I think it’s a great step. So, you’re not an agnostic or a skeptic about moral objectivism, then, by and large.

Greg: So then, the question is, how do we get morality outside of us? How do we characterize the moral project, so to speak, that doesn’t fall prey to a mere subjectivism or relativism? Since our intuitions are that morality is objective, now we’re looking for a place for morality to stand. What is the grounding? That’s the whole point. I’m just kind of repeating what you said for the sake of our listeners because I think we’re both on the same page here so far, so you know exactly where I’m going here.

Dan: I would say you have to look at the roots of why morality exists, and for me, as a non-believer, we would look to something like evolutionary psychology as far as why morality exists. And one of the primary reasons, at least from what I’ve heard from moral philosophers and other folks who are academics in this field, is that they would see it as a tool that humans use in order to promote cooperation within an in-group of people, that it takes a certain amount of self-sacrifice in order to cooperate with a group of people, but the benefits gained from that cooperation are something that exceeds the liberty you lose.

Greg: I’m not faulting you at all, because I think my question has a certain vagueness to it, but you didn’t answer the question that I had in mind. In the first case, you answered why morality exists. I was asking about the nature of morality, and you cited others who talk about morality as a tool for cooperation, but that smuggles in a notion of morality that cooperation with other people is a good thing. Let me just come back, and again, it’s not a trick, but I think it’s going to help answer your question. So, maybe I’ll answer it myself.

Dan: Yeah. I hadn’t framed it like that before, but I’ve heard you say it before, and I think I agree with that. That’s a fair way to phrase it.

With that in mind, if the basic, core nature of morality is obligation, now we’re back to your original question: Can something outside of us that is a principle or an idea be an adequate source of obligation? That’s, I think, our question.

So now I want to kind of pose a scenario. I would be someone that is outside of your subjective experience. So, if I said to you, Dan, I’m declaring that you must drive 25 miles an hour on the freeway. I’m declaring that. Would I be an objective source of that moral demand?

Dan: No, I think you’d be kind of an arbitrary source of that demand.

Greg: Wait, wait, wait—that’s the next step. But would I be objective? Am I outside of you?

Greg: Okay, I would be an objective source. Exactly.

Dan: Well, if you were a law enforcement officer or something like that. I think I misunderstood your question. I apologize.

Greg: No, that’s all right. You’re doing fine. You’re just a step ahead of me. I would be an objective source because I would be outside of you, but I would not be an adequate source to make an obligation of you. So the idea of a proper grounding is not simply that it’s objective. That’s necessary, but it’s not sufficient. If that’s not there, then you collapse into subjectivism, relativism, and we know that morality is objective. So then, if we’re grounding something outside of us, it’s got to be more than just outside of us. It’s got to be adequate to make a proper demand on us. It has to be the kind of authority, if you will, that it is appropriate to make the demand that it’s making with a moral claim.

Now we’re back, really, to the heart of your question. Is a mere principle or a mere idea—even if it’s a moral principle out there somewhere, like a platonic form or something, a platonic ideal of kindness, or justice, or something—can just the inert, abstract concept make a demand on me as a human being?

Dan: I think the answer to that would be no.

Greg: I agree with you, and that’s the answer to your question, in my view. It’s a fair question. “Well, that’s outside,” yeah, but there’s more that is required of genuine morality when we look more closely at it than just that it be outside of us. It can’t be—to use your word—arbitrary, for example, and it’s got to be the kind of thing that can make a demand in a legitimate way.

Now, you can keep thinking about this as the agnostic skeptic here, Dan, but I think this brings you to a crossroads, because if you’re going to hold on to objective morality, which I think you ought to because I think that’s sound, it seems to me that the only kind of grounding that is going to be adequate is going to be a person who has the legitimate position to make the demand on you, and I don’t think there’s any other person in the universe that can do that but a God whose character is moral perfection. Make sense?

Dan: It does make sense. I think there is an assumption in there, in where moral obligations come from, that I might disagree with—but I don’t know—that maybe I’d be curious to get your thoughts on. I think that with a moral obligation like that, the assumption is that it’s a top-down force, that it has to be something that’s imposed on us at a higher level, either created or produced in some way and then imposed on us top-down, like your example of somebody imposing a 25 miles-per-hour speed limit on somebody.

Greg: I get your point about top-down. I don’t know that it has to be viewed that way. It’s just a matter of someone in a position of authority to make that kind of demand on us. I’m open to hearing other options, but I think we run out really quickly when we realize there is objective morality —that means it’s outside of us—but it can’t be from an arbitrary source. It has to be from the kind of source that can appropriately make a demand, and the only way you can appropriately make a demand is if you’re in that—regarding that issue—morally superior position to demand such a thing. Now, I think God fits that bill, but I don’t know who else would. So, I think we run out of options very quickly.

Dan: Well, I have an example, if it’s all right if I try. It would be from another field. I was an economic major in college, so I always kind of think economically. An example in economics would be something like a price—maybe like the price of grain, or price of gasoline, or something like that. We could ask, where does that price come from? One answer would be a top-down thing like socialism or communism, where there’s some bureaucrat or committee that decides what’s the fair price, and they top-down impose that price on grain, or gasoline, or whatever.

Greg: Let me speak to that very quickly, and then you can chew on it and we’ll talk another time, but I think what happened just then is, basically you have price fixing on the top-down or you have an emerging price that’s based on market principles—supply and demand. But notice that in the supply and demand model—which is what you’re suggesting for morality—in the market, it is what people subjectively understand the value of that thing to be for them at the moment. You could just take any widget. Well, that widget is three dollars. That three dollars is not a price that I am willing to pay for the value it gives me, personally. However, somebody else might be really happy to pay for that. So, it becomes an individual matter.

What the bottom-up model, economically, does to morality is it reduces it once again to relativism, because in objectivism moral goods are fixed. That means there are certain things that are right, there are certain things that are wrong, and they don’t shift with the culture’s idea of what’s right or wrong like a market economy might. That’s the distinction between objectivism and relativism. So if you want to go with the market model for morality, you’re welcome to it, but all you’re doing there is just adopting another relativistic-based morality, which is not what you want.