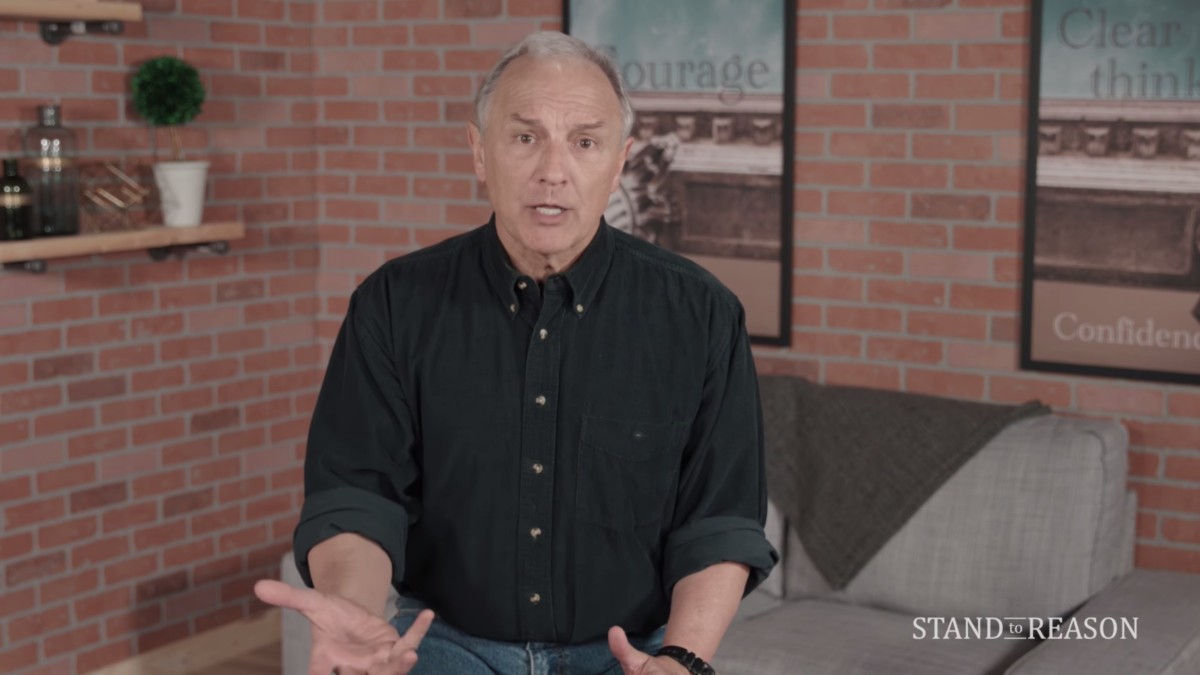 Presenting Christianity in a Thoughtful Way

Greg “puts a stone in the shoe” of 400 college students.

I’d like to offer you a simple goal to consider whenever you’re having a conversation with someone that you hope might have spiritual consequences in their life. It’s the goal that I have in any conversation, pretty much, and that is when I engage a circumstance that I think might be leading in that direction, you know, I fire up a quick prayer in my heart, but then I’m thinking. I’m thinking, what is the one thing that I could say, one comment I could make, one line of thinking I might offer, that can get the person thinking. That can give them something to think about. That could, as I like to put it, put a stone in their shoe.

So my goal is fairly simple. In a conversation, I’m not trying to swing for the fences. I’m not trying to convert people in every conversation. I’m just trying, I’m not even trying to get on base frankly. I’m just trying to get into the batter’s box. And my tactical approach helps me to do that. My goal though, with the approach, is to just, to get them thinking about something. I’m gonna do a little gardening in their life and the gardening is the thing that’s necessary before you can ever have a harvest in an individual’s life. You gotta have that gardening first. And I consider myself a gardener.

Let me give you an illustration of how this worked out. It’s actually quite simple. I was speaking, I was scheduled to speak at the University of California San Diego campus, UCSD. A very, very liberal campus by the way. Big school. And it was during a week of lectures that the local Christian community had arrange for and I was speaking right in the middle of campus at one of the facilities there, a big ballroom, or some kind of thing. About 400 students that were present. And before I spoke at the event, I got a chance to go out with some of the campus leadership that were Christians, to get a sense of...we had dinner, and I wanted to get a sense for…what was the general point of view people had about Christians on campus.

So in that circumstance, then I went into my discussion. I think I was talking about the issue of relativism, but my whole goal of that was to get them thinking. It wasn’t to have an altar call at the end. Many of those people, maybe this was the very first time that they’d ever even heard a presentation that commended Christianity to them in a thoughtful way. Maybe this, for many of them, I was just beginning to till the soil. Fine, I’m happy with that. I’m glad to be able to do that job because I know God is sovereign over this process. And in the lives of those people who are turning to him and responding. He is going to bring other gardeners and eventually if necessary a harvester into their lives that can bring them the whole distance.

But that wasn’t my goal then. And you’re gonna find yourself in lots of circumstances we’re just going to have a few minutes maybe. Or a short bit of time. And my encouragement is, don’t be under the burden to try to accomplish too much, Sometimes we move too quickly. I’ll pass the formative stages here. We need to lay a foundation that is going to make a difference in the long run for them. Jesus did the same thing. He didn’t rush off to the Gospel in every conversation. He laid a foundation in his teaching. You can see this throughout the Gospels. The Apostle Paul did it as well and so did Peter.

And so that is my approach. Put a stone in their shoe. Get them thinking. Do a little gardening. Make a difference in that regard and let God take that and move it where he wants it to go.