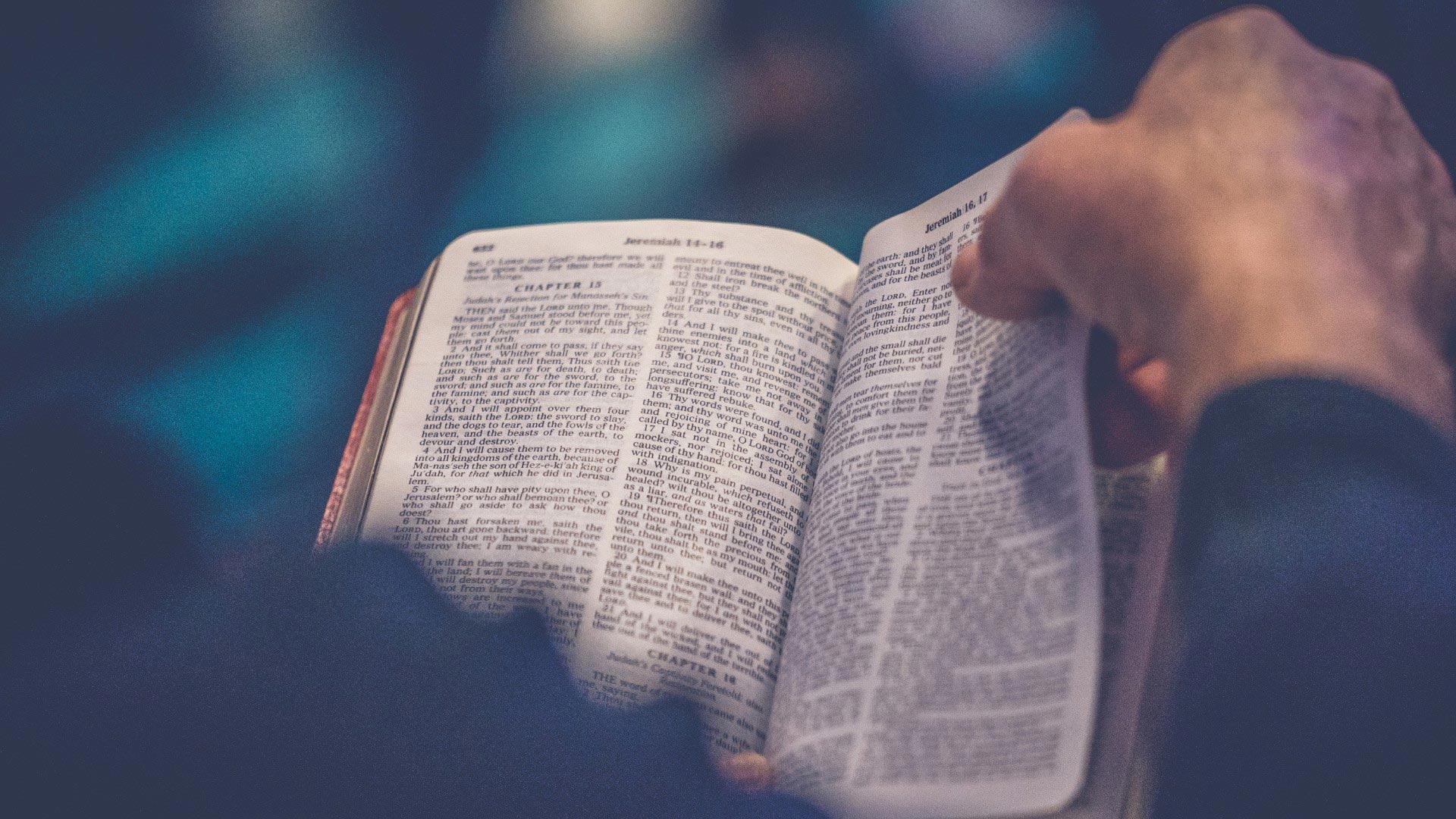 Greg reflects on the power of God’s Word to speak for itself and shares a helpful mnemonic for remembering the reasons why Christians can trust the Bible.

Question: How can we make the case that the Bible is the Word of God?

Greg: This is going to be surprising to hear from me, but I wouldn’t try to make the case with non-Christians that the Bible is the inerrant Word of God. I believe it to be. I trust in it as so. I give a talk on the reasons why we have confidence that this book is not a book simply written by men, but is the book it claims to be, a book by God to men through men. The broad question is, who is the principal author? Is this a fully human book? Or is this a supernaturally originated book? And I look at six different reasons why we should think of it as the thing it claims to be.

Even though we have all these different authors, all the pieces fit together in a marvelous way.

The Bible has fulfilled prophecy. We know it has prophecy fulfilled because we have the book of Daniel in the Dead Sea Scrolls, in the Septuagint, written hundreds of years before the time of Christ, about prophecies that were fulfilled in the time of Christ. Even if somebody says, “Well, Daniel didn’t write that.” Nevertheless, whoever wrote it got the prophecies right. Jesus prophesied the destruction of the temple, and that happened.

We have the addressing of these big questions of life with tremendous insight in a way that resonates with our deepest intuitions about the world.

We have historical events that are accurately, historically recorded that bear testimony to the reality of supernatural things that happened, like, principally, the resurrection of Jesus.

We have the ability of the Bible to transform lives.

And we have the survival of this book through time and persecution when there’s plenty of opportunity to destroy the book, and attempts, but it’s never been done.

In aggregate, this is a case that this book is not a book merely by men about God, but it is given by God to men, though through men. And the “through man” thing is not a problem, because if God’s involved, he can work through fallible people. That ought to be self-evident. If God’s involved, humans are not the problem here.

I’ve given this talk many times. I’ve written on it. But I realized a number of years ago that this isn’t the reason most people who believe the Word of God is the Word of God believe it’s the Word of God. Most people believe it for a different reason. What’s that reason? Well, simply put, they encounter it. They engage it. They read it. It begins to change them. It resonates with them. The things that are said here seem more and more solid and true, and this is the way it was for me when I became a Christian, and this is the way it is for almost every Christian who believes the Bible’s the Word of God but has never given a six-point talk about the reasons why this is from God to men, not from men about God.

Think of Jesus when he preached. He didn’t say, “Okay, let me give you the reasons why I’m speaking for the Father, and then I’ll give you a talk.” He just spoke, and he acted, of course, with miracles that, in the Greek, mean a testing miracle. So, he’s giving evidence with his actions that secure his words, “in order that you may know that the Son of Man has the authority to forgive sins, I say to you, arise, take up your pallet and go out” (Mark, Chapter 2).

When soldiers were sent to Jesus to arrest him, they came back empty-handed, and they were asked, “Where’s Jesus?” And they said, “No one speaks as this man speaks.” So, there is a sense that—with Jesus and with the Scripture—when we engage it, it has a compelling impact on us. Not on everybody, but on many. And, to me, the best way to know the Bible is the inspired Word of God is to engage it, and we have many testimonies to that order. Our friend Guillaume Bignon, for example—the French atheist who became a Christian and a theologian apologist—this is what happened to him. He’s trying to discredit the Bible. He’s reading it, and he’s completely taken. Bill Craig, he’s reading the gospels, and he’s overwhelmed with this person of Jesus of Nazareth as a non-Christian college student.

So, consequently, this would be my recommendation. Don’t try to convince an individual that the Bible is the Word of God. Communicate what the Scripture says, and let them judge whether it’s sound or not. In a certain sense, people say, “Well that book is just written by men.” And I say, “Do you have any books in your library? Yes? Do you like them? Have they been helpful? Of course. Were these written by human beings or someone else? No. They’re all written by human beings. So, that a book is written by a human being doesn’t disqualify it from being helpful and useful or truthful as it speaks to issues of life.” And that’s the level on which I’m going to want to commend the Bible to skeptics.

Now, there’s a lot of awkward things in the Bible. It takes some study to understand. I get it. But the broader concerns—the plight of man, and the solution to man’s plight—come across powerfully. I think that has a—as some would say—self-attesting quality to it. You don’t have to pray like the Mormons do for burning in the bosom about the Book of Mormon. You have to pray and ask God to show you the book itself has the power. Mormons are given the Book of Mormon, and they are asked to pray to see if they get a burning in the bosom, which is a testimony from God that the Book of Mormon is true. This is not what happens with Christians who now believe the Bible is the Word of God. Christians don’t have to pray, “Give me a burning in the bosom.” Christian people engage the book, and as they engage the book, they are persuaded and drawn into it. This is a huge difference between Latter Day Saints and what I’m describing right here.

Amy: Mormons are asking for extra information from God to verify it, whereas the actual words of the Bible are self-attesting, because they show us the glory of God and the truth about who we are, and we recognize that. We’re reading the actual words.

Do you want to give the mnemonic for the other parts?

Greg: The memory tool? Amy’s holding up her hand here, because that’s what we use. Think of your fingers or your hand: pinky, fulfilled prophecy; ring figure, unity; middle finger, big finger, big questions; index finger, index to history, gives us historically true information about miraculous events—it’s not just that it’s historically sound, it’s what history records, miraculous events; thumbs up, that means it changes lives. Make that all into a fist, and that’s the survivor, the fighter through time and persecution. It’s really helpful to remember all those aspects of what we do find in the Bible. And the mnemonic is helpful because I was going through that in my mind. I was looking at my hand as I was ticking off those details earlier in my answer.