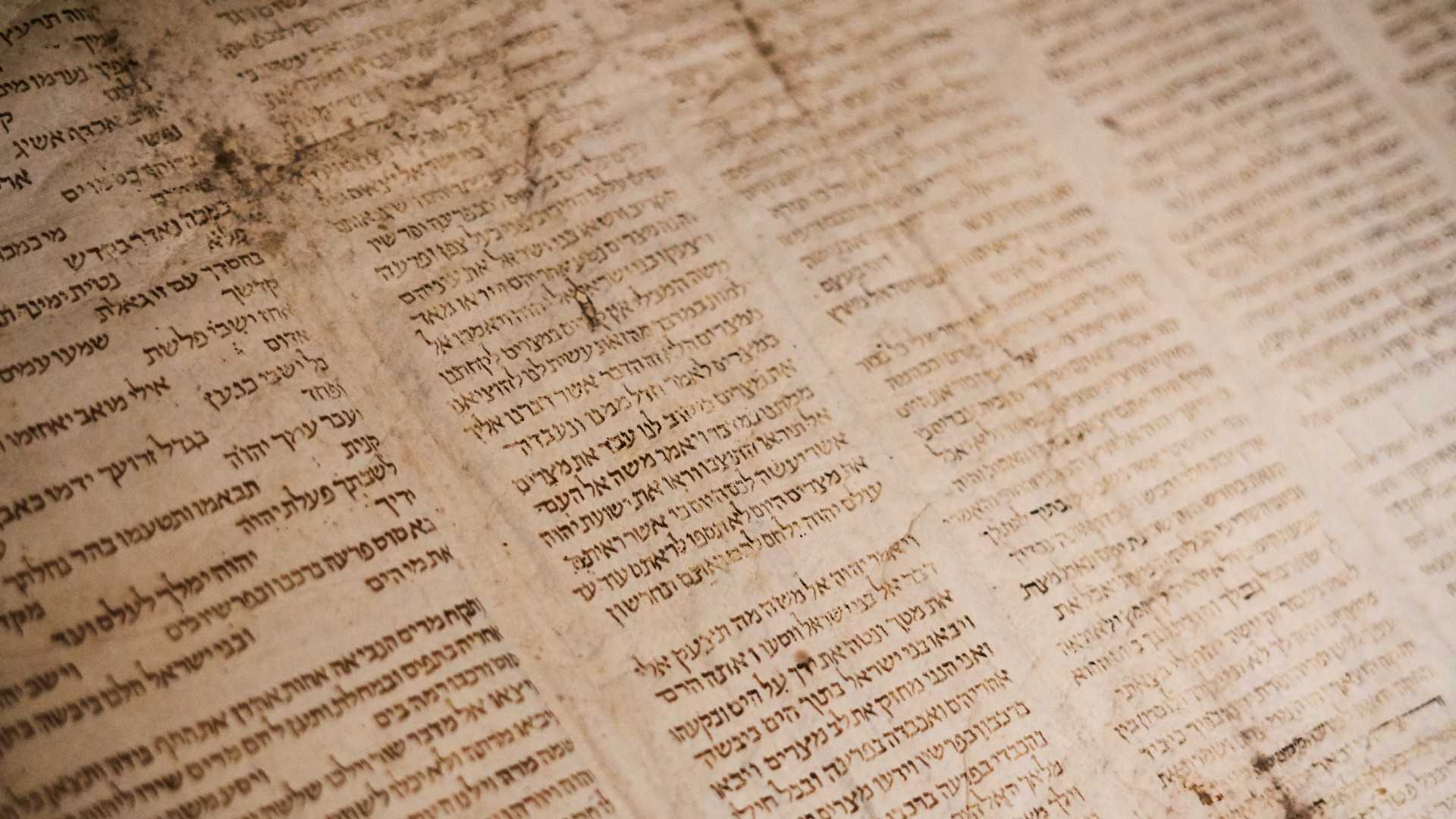 As New Testament Christians in the New Covenant, which commands or moral principles are obligatory and would apply regardless of the covenants because they are universal morals that transcend the Mosaic Law?

God’s laws—from both the Old Testament and New Testament—are not just arbitrary expressions of His power. God does not make one thing up today and make up something contradictory tomorrow. He is not a nasty monster asserting that whatever He says goes, even if He says the opposite of what He said yesterday.

The Mosaic Law of the Old Testament was written for the chosen people of Israel. Let me make a distinction between how the Israelites were chosen then and how we as Christians are chosen now because it relates to the purpose of the Law and how we apply it today.

Israel was chosen for a purpose—Genesis 12:1–3. They were God’s instruments to accomplish a plan of rescue for the world: God becoming man as a member of the Jewish race and dying on the cross for man’s crimes against God. They were not chosen to be saved, rather they were chosen to be used to accomplish God’s plan of salvation. Many of those Jews took advantage of the mercy offered through that plan, and many went wayward. Israel’s being chosen did not secure their salvation. It secured a salvation plan for the world, and whether they individually participated in it or not was another question.

Christians are the chosen in the sense that those who are in Christ, putting their trust in Him, are the ones that benefited from that plan of salvation God was working out through Israel. We put our confidence in Him, so we are chosen regarding salvation.

God is the same yesterday, today, and forever. Jesus is the same yesterday, today, and forever because He is God. God doesn’t change, but that does not mean the way He deals with mankind doesn’t change. God dealt with Adam and Eve in one way, and He dealt with the Jews through Abraham with a different plan. He deals with Christians now through a new plan, a new covenant.

There was a unique relationship God had with the nation of Israel as part of the execution of that plan. There is a unique kind of plan that He has in the new covenant that's expressed through Jesus and what He did on the cross.

God changes a lot of different things. He can make plans and play things out so that certain things apply in some cases and don’t apply later, though His purpose is constant and unchanging.

The Mosaic Covenant is a treaty God made with the Jews, the nation of Israel. What was the point of the book of Deuteronomy? Deuteronomy is the second time the law is given. It is first given in Exodus when Moses is at Mount Sinai. There’s 40 years of wandering and the first generation dies away. Then there’s a new generation that takes the land under Joshua. Before Moses dies he gives that same law again a second time in Deuteronomy to the new generation that is now meant to take the land and live according to this law as a nation. The important thing is that this is an agreement that God made with Israel. It is not an agreement God made with anyone else.

Nothing that is in the Mosaic Law applies to me as a Gentile in virtue of it being in the Mosaic Law. No command is incumbent upon me in virtue of being part of the law. Here is an analogy: There is nothing in California law that applies to somebody living in Ohio. Ohio has its own statutes. There is a statute against murder in California. Does that mean since I’m not in California it’s okay for me to murder in Ohio? No. I’m not under the California statute, but I am under the Ohio statute. There are a lot of rules that apply in any situation in any state. There are also laws and rules that are unique to a particular state’s situation.

The Mosaic covenant is like a state law. It was given to those people in that state for that period of time. We are in a different state now. We have a different covenant that applies to us—the new covenant with different obligations. We are not obliged by everything in the Mosaic Law. That was a set of civil obligations that were applicable to those people in that nation. It was made between God and Moses and Israel. God took them out of the land, He rescued them, and they were obligated to Him as their Sovereign. They had to keep the terms of the covenant. If they did, He would protect them, and if they didn’t, He would forsake them (Deuteronomy 28). There are blessings and curses in the Mosaic Covenant meant for Israel.

Does that mean we can go around murdering people because we’re not under the Mosaic Law? No. The obligation not to murder is universal and should be in any law. Just as our law does, the Mosaic Law included universal moral principles. So we are obligated to follow those moral rules, not in virtue of them being in the Mosaic law, but because they are universal for all people. The Mosaic law included universal moral rules and rules that were limited to the nation who lived under that contract. We have to distinguish between these as we consider how we relate to the Mosaic covenant now.

For example, love God with all your heart and love your neighbor as yourself are in both the Old and New Testaments. This is a summary statement in the New Testament. Part of it was in response to the Jews. It was hard to keep all the laws, so they decided, let’s keep the most important one. There were debates between them about which law was the greatest commandment, so they asked Jesus. The purpose of finding the greatest commandment was to focus on keeping that really well and not worry so much about the others.

Jesus says, you don’t have to worry about the rest of the commandments if you can fulfill these: Love your God with your whole heart, soul, mind, and strength; and love your neighbor as yourself. Then, the lawyer who raised the question, seeking to justify himself, asks who is his neighbor. Jesus responds with the parable of the Good Samaritan, which points out even your enemies are your neighbor.

The lawyer is interested in finding a way that he can work his own salvation out by himself. As a Christian for 40 years, I have not had a split second of my life as a follower of Christ when I loved the Lord my God with all my heart, soul, strength, and mind. There has probably been a moment or two in 40 years that maybe I’d love my neighbor as myself, but most of the time, no. I cannot justify myself, Greg Koukl, based on the demands of those simple commandments. This was Jesus’ point. You want to justify yourself? Fine, try these two on for size.

Jesus is emphasizing the complete impossibility of self-justification, which is the fundamental difference between the Old Covenant and the New Covenant. The nation of Israel was obliged to obey the laws of their nation in order to reap God’s blessings or curses. It was based on their obedience. The New Covenant is based on grace, not obedience. The two laws are completely different, so the way they apply to us are different.

When Jesus is talking about loving your neighbor he is not advancing it as a separate ethic. He’s saying that this sums up the obligation of the Old Testament Law. It is meant to be a further burden on anyone that is seeking to justify himself, which is the case for the person who asked the question. If you’re seeking to justify yourself, then you have to treat your neighbor this way, and you’re not going to be able to consistently treat your neighbor this way. Therefore, you can’t justify yourself.

Today, we do not live under the Mosaic covenant. We don’t have all the laws that pertain to dietary and sacrificial things because Jesus did away with those laws. We don’t have the punishments proscribed in the law because that was for their judicial system in that nation. Just as the punishments for laws in other states don’t apply to us in California (even if we have the same law), we don’t apply those punishments since we aren’t under that system of laws.

The question we have to ask ourselves as New Testament Christians in the New Covenant is, which commands or moral principles are obligatory and would apply regardless of the covenants, because they are universal morals that transcend the Mosaic Law? We need to look at the passages in question and ask: Does this seem to express a moral obligation that transcends the Mosaic Law?

This allows us to answer a lot of challenges that people might make regarding the old law. They say it looks like we’re picking and choosing the Old Testament Law because we’re against homosexuality, but we don’t follow these other details. We are picking and choosing, but we are not doing so arbitrarily. We understand the Old Testament law was given as a contract to Moses and was therefore very unique and particular for the nation of Israel. However, there are some things stated in there that go beyond the law and are above the temporal role of the Mosaic Law. They seem to be universals and are therefore in the New Testament.

We are not being arbitrary when we say homosexuality is forbidden. In Leviticus it is being expressed clearly as a universal, right next to bestiality and child sacrifice. These things are wrong in any culture. Indeed, at the end of the chapter, it says people in other cultures practiced these things and they were judged for them. That’s another hint that these are universals and not just a peculiar law limited to the Jews, though the particular application of law was limited to their system of law.

Note also in Ephesians 2 Paul talks about the role of the law. It was a dividing wall that kept the Gentiles and Jews separated. He said that dividing wall has been torn down now so that the Jews and Gentiles can be combined into one new man on the New Covenant having been built on the foundation of the prophets and apostles in Christ Jesus the cornerstone. We are not under the Mosaic Law, but under the New Covenant. The Mosaic Law contained some universal moral principles that apply today because they transcend the old law, but aren’t applied in the same way judicially. The Mosaic Law was limited to a time and nation, but morality was not.

Why We’re Not Under the Mosaic Law

Should Followers of Christ Observe the Torah?

The Law Is Good