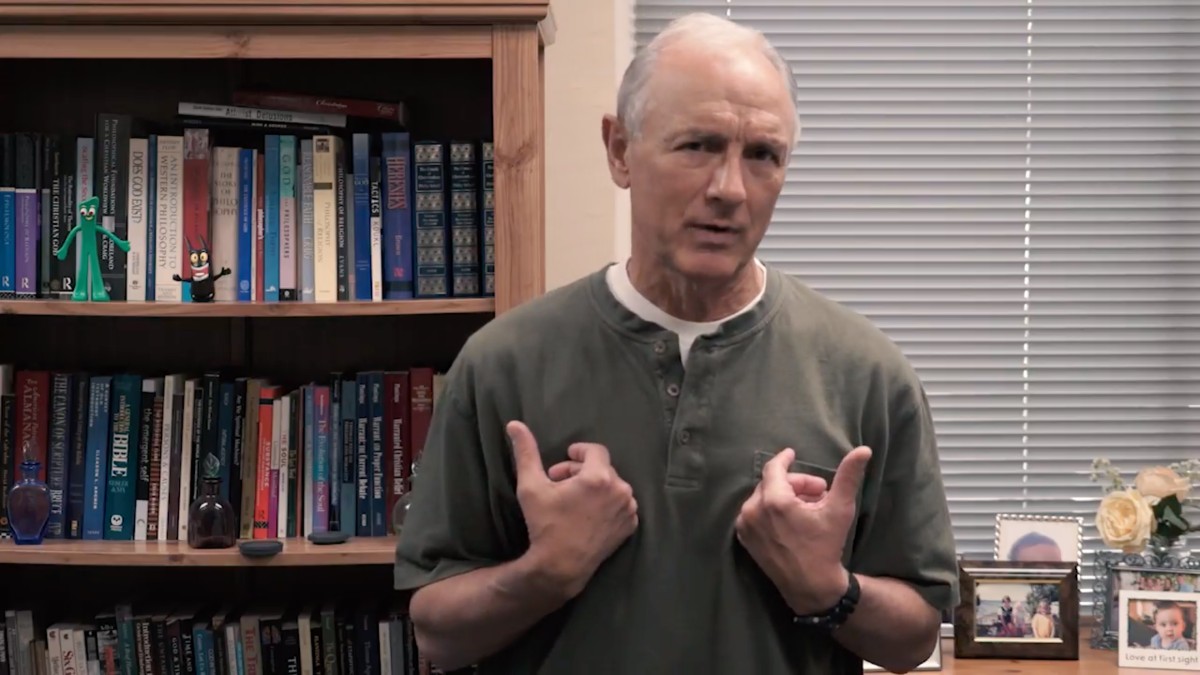 How Do We Know That God Can Sympathize with Our Weaknesses?

Since God is perfect and never does anything wrong, can He really understand our struggles in life?

So how do we know that God Himself can sympathize with our weaknesses? One of the most frustrating things for me in being in a friendship with God is that whenever anything goes wrong, it’s always my fault. God’s perfect. Nothing goes wrong for Him. He never makes any mistakes. He knows everything. He’s got all power. Everything is just right with Him. Anything goes south, it’s always on my shoulders. And that will give us sometimes the the tendency to think, well God doesn’t understand. I mean, He might know academically because He’s omniscient, but empathizing, sympathizing, being in it with us, knowing how we feel, experiencing that with us, well, that’s something that He is simply not capable of doing. He’s way out there.

Okay, now the answer to that is actually quite unique, in a way. Sympathy, like empathy I think, they’re similar, is the ability to feel for another person because you’ve been there yourself. Now, has God been there before the incarnation? No. After the incarnation? Absolutely.

In fact, you can read in Hebrews chapter 2, I think it’s 14 through 18 right in there, that the Son took on flesh and blood to be like us, to endure what we endure, to feel what we feel, to experience what we experience, so that as the text says—and by the way, the experiences of temptation as well. Temptation beyond what any of us would ever experience because remember, Jesus had the power to do a whole lot of things we couldn’t do. Turning stones into bread—that’s not a temptation for me. I don’t know about you, but I can’t do that. Jesus could but said no. So He’s got more temptation. He’s been tempted in all ways like as we are but without sin, so now He’s able to run to the cry, the writer of Hebrews says, of those who are tempted.

Now we’ve got a great High Priest in Jesus, the God Man who knows, who’s experienced it, who has been there in spades, so to speak, so that He can understand, and this is why Jesus says come unto me all who are weary and heavy-laden and I will give you rest. Do you think Jesus understood what it was like to be weary, to be heavy laden, to in a certain sense, I don’t know if overwhelmed is quite the right word, but severely put upon? Every kind of distress that you could possibly imagine in terms of the category. Whether it was physical suffering, emotional suffering, friends leaving, friends dying, people turning against you, living perfectly without ever doing anything wrong and people leveling charges that were undeserved at you. Charges that were so severe they called for the death penalty which He suffered.