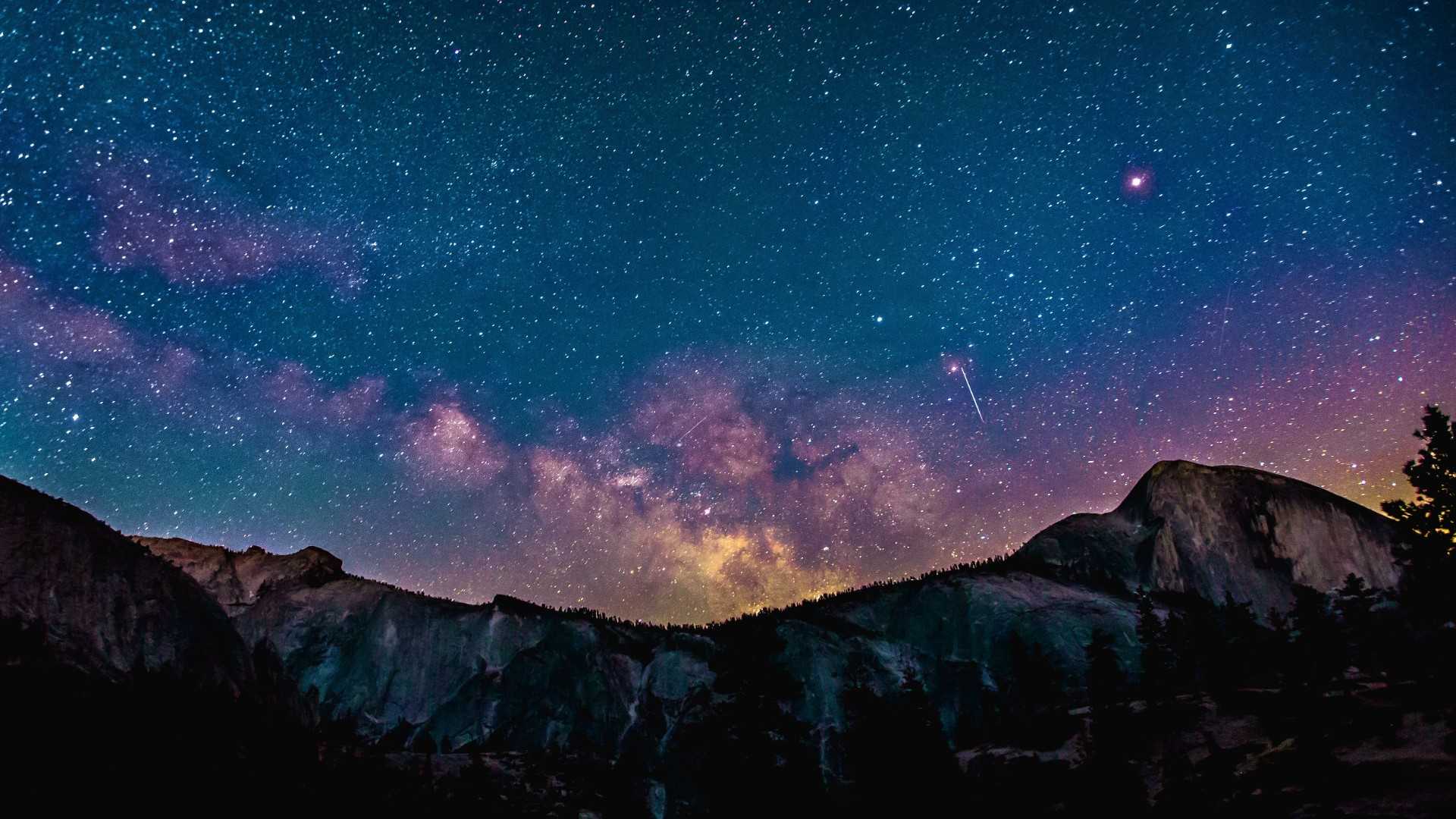 What makes the Christian’s faith any different from the Mormon’s wishing, or the Hindu’s wishing, or even the wishing of an atheist?

Some Christians think that having some level of objective certainty about the truth of Christianity somehow makes faith unnecessary. It makes it irrelevant. After all, how can you have faith in something you know is true? That’s the way the argument goes. If you know it, there’s no faith involved.

I think this is what people mean by the phrase “leap of faith.” We all supposedly have to take this leap of faith. That is what Christianity or any religion is all about, right?

When someone like myself gives evidence for Christianity as if it can be proved in some sense, I understand how some could think I am undermining the Christian faith. After all, if God wants faith above all and I give facts and arguments that get in the way of that kind of faith, then I may actually be opposing what God wants.

I actually think this take on Christianity (and it is a view that is held by many well-meaning Christians, godly people) is actually mistaken. I also think that those good Christians that hold this view ultimately undermine the Gospel. Let me tell you why.

This view of faith reduces Christian conviction to wishful thinking. That is, what one is convinced of is the opposite of what one only hopes for. It’s almost as if on this view if you want to have faith this is something you squeeze out like a spiritual hope by acts of sheer will. Don’t ask questions, just have faith. Just make it happen inside, just believe.

I’d like to give you four quick Biblical examples to make my point. Here’s my scriptural support for the point that I just made that faith is not wishing, it’s knowing and that there is no inconsistency between evidence, knowing something is true, and having faith in it.

A couple of months ago, my wife and I went to this movie that some of you might have seen, The Prince of Egypt. It’s the Moses cartoon. When you see the beginning of this movie there is this word at the front that this is a rendering of a story, an account of the book of Exodus, that you can read for yourself.

I thought that was a good idea so we went home and read the account. Though I’d read this passage a number of times, going back over it after having seen the cartoon allowed some aspects of it to jump out to me like it had never done before. There was a phrase that kept repeating itself.

Moses went out into the wilderness and he had that first encounter with the burning bush, and God gave him the directive to go back to Egypt and let his people go. Moses said, Yeah, right. What’s going to happen when they say, why should we believe you, Moses?

God said, See that staff? Throw it down.

Moses threw it down and it turned into a serpent.

God said, See that serpent? Pick it up.

And he picked it up and it turned back into a staff.

God said, Now you take that and do that before the Jewish people and you do that before Pharaoh. And you do this number with the hail, and the frogs, and turning the Nile River into blood. You put the sun out. You do a bunch of other tricks to get their attention.

And then comes this phrase: “So that they might know that there is a God in Israel.”

Where did that come from? “That they might know.”

It’s not in just that one passage. You go back and forth through that entire sequence of events and you see the phrase repeated over and over again. God did these visible acts of power, not so that Moses could guess, not so that the people of Israel could hope or wish, but so that they could know. Moses wasn’t told to go to Pharaoh, and when Pharaoh said, Why should I let the people go? Why should I believe God sent you? Moses isn’t told to tell him just to take it on faith. He is to give evidence. Powerful evidence that God is in fact working so “that they shall know.”

If you fast forward to the New Testament in Mark 2 you see Jesus preaching in a house, and you know the story where they take the roof off and let the paralytic down through the roof. Jesus said, “Your sins are forgiven.” And people get bugged because how can anyone forgive sins but God alone?

Jesus understood what they were thinking and He said this: What’s harder to say, your sins are forgiven, or to rise, take up your pallet and go home?

Now, I’ll tell you what would be harder for me to say: Arise, take up your pallet and go home. I can walk into any Bible study and say your sins are forgiven and nobody is going to know if I know what I am talking about or not. But if I lay hands on somebody in a wheelchair and I say, Take up your wheelchair and go home, and they sit there, I look pretty dumb because everyone knows nothing happened.

Move over to the Book of Acts. First sermon after Pentecost. Peter was up in front of this massive crowd. He was talking about the resurrection to which he was an eyewitness. He talked about fulfilled prophecy. He talked about the miraculous tongues and the miraculous manifestation of being able to speak in a language you don’t know. Do you think this is physical evidence to those people? I think so. Pretty powerful.

Peter tells them, These men are not drunk as it seems, but rather this is a fulfillment of prophecy. David spoke of this. Jesus got out of the grave, and we saw him, and we proclaim this to you.

Do you know how he ends his sermon? It’s really great. Acts 2:36. I’ve been a Christian 20 years and I didn’t see this until about a year ago. This is for all of those who think that if you can know it for sure, you can’t exercise faith in it. Here is what Peter said. Acts 2:36, “Therefore let all the house of Israel know for certain that God has made him both Lord and Christ, Messiah, this Jesus whom you crucified.” There it is again. “Know for certain.”

In order to tell you if I have good reasons to believe that God parted the Red Sea, and created all of that havoc upon the Egyptians to free the people of Israel, and then also Jesus healed the paralytic and raised Himself from the dead, I think that is pretty good reason for me to know for certain that the claims that the Bible makes in general and that Jesus made specifically are actually ones that we can trust in an active way. In other words, we can have convictions about them. We can be convinced. Not just have “faith.”

In the book of 1 John we see this all brought together. 1 John 5:13, “These things,” John says, “I have written to you who believe in the name of the Son of God, in order that you may know that you have eternal life.”

Do you think he is trying to get a point across there? He is saying, we’ve got the goods. We’ve got the evidence. Therefore our faith is not vain hope. It is not simply wishing. We’ve got convictions. We have put our trust in God based on the evidence, and that’s what Biblical faith entails.

That’s why at Stand to Reason we take the life of the mind seriously, friends. Because God does. And according to the Bible, faith is not wishing. Rather, it is an act of trust based on being convinced of the truth because of evidence. That’s why Peter says, “Know for certain.”

Our goal at Stand to Reason is to help build a new generation of ambassadors for Jesus Christ. People who are confident, and as a result are courageous, yet they are winsome and attractive as they make their case for the Gospel. Those are important, by the way. It is not just confident and courageous. We want people who are also attractive in the way they do that. They aren’t just climbing up people’s backs and down their throats, but are respectful of others while they make an incisive defense for Christianity.

I have a deep-seated conviction that Christianity can compete in the marketplace of ideas if it is properly understood and properly articulated. Big ifs in both cases. My commitment to you with Stand to Reason is to help you understand Christianity and help you to articulate it more effectively. That’s why I’m dedicated to be here to help you to that end. To give you answers as best as I can. But more that telling you what to think, I’d like to help teach you how to think and to give you the tools to demonstrate to others that Christianity is worth thinking about.