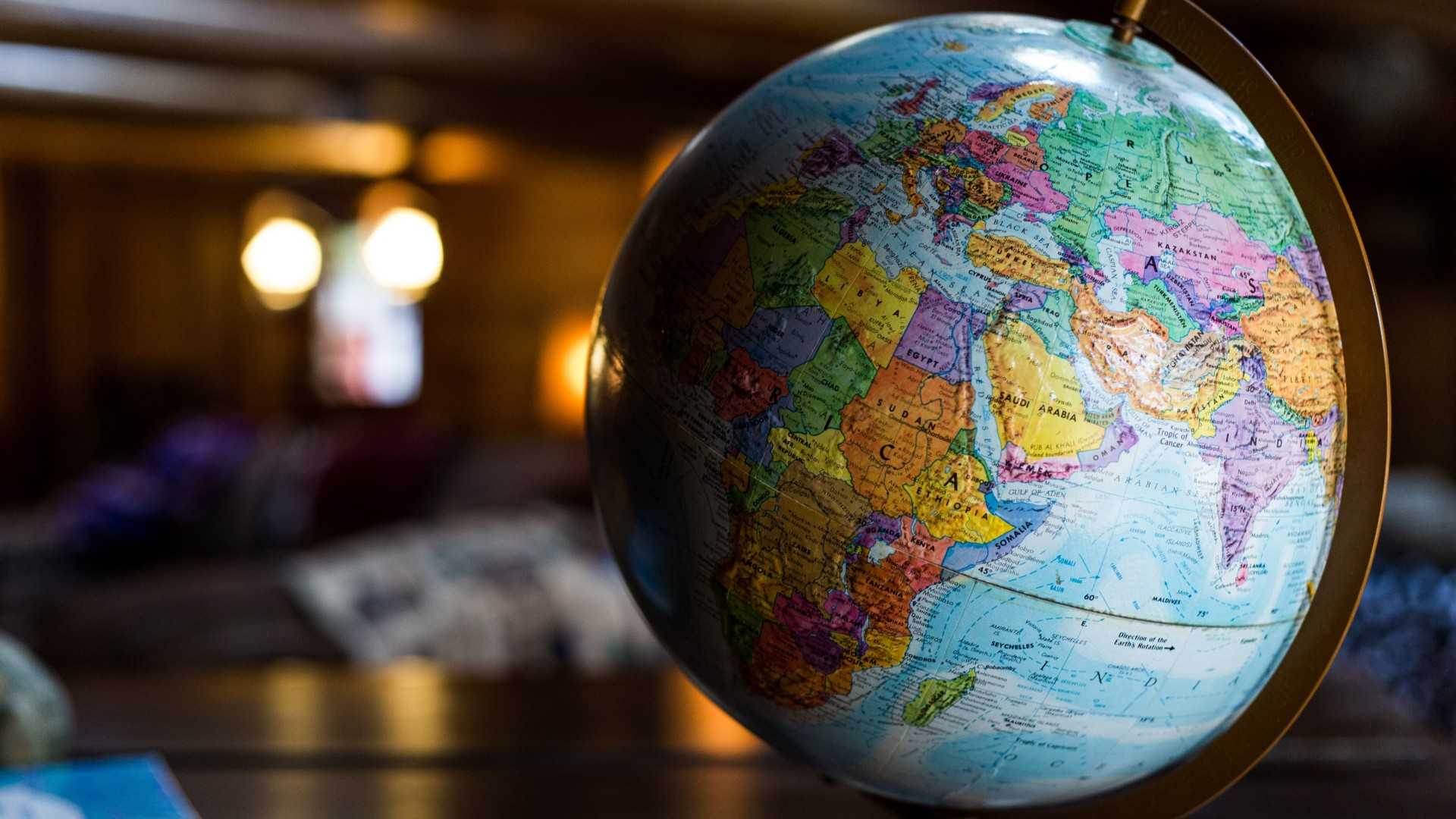 If Earth Day is justified by the moral concept of stewardship of the planet, its celebrants might be surprised about what else comes in that worldview package.

I think there needs to be some clarification about the issue of worldviews before I even make my comments about Earth Day.

I think Earth Day proves the Christian worldview, or at least is evidence for it. But I think that most people who practice Earth Day are living in a contradiction. Here is why I say that. A world view is just what one understands the structure of the world to be, the way someone believes the world really is. Worldviews come in packages. They are like puzzles with particular parts of them fitting together. For example, if you believe that there is a God who is the moral standard of the universe, then moral rules seem to make sense because God establishes moral rules and we seek to obey those rules, there is a sense of “oughtness” and accountability such that, if we disobey the moral rules, there is punishment from the One who gave the moral rules.

You may disagree whether there is a God and there are such moral rules. The point I’m making to you is there is a package effect to these beliefs. Moral rules seem to fit in with the idea of a Rule Maker. So the Christian worldview fits in a certain package. Certain things follow from that worldview. If God is God, then we are creatures who are created by Him. We are contingent beings. He is non-contingent. He makes the rules. We follow them. The world is a place that God created which we can discover—we can make sense of it. These are all things that follow from a Christian worldview. You see how that fits together?

There are other worldviews, of course, like atheism. If God does not exist, it seems to me there are other pieces to the package, too. If God does not exist, there is no justification for morality and morality is simply what people choose to decide at any given point. Next week they can change it. That’s part of the package. If God doesn’t exist, then obviously there is no accountability to a higher being and we’re not accountable to anyone. It’s just the natural order—cause and effect. You see how that fits together in a package?

When one examines particular views, you don’t just examine the view itself, you examine how it fits in the larger package. If somebody argues that there is no God, he isn’t simply making the point that there is no God; he is also making the point that there are other things that go with the package. If there is no God, it seems hard to argue for any ultimate meaning in the universe or any ultimate order. Certainly you can’t argue for design. If there is no God, then there is no design. Everything is a matter of accident, so if someone believes that there is no God, but then talks about the world and the universe in design language, he is saying something contradictory. He doesn’t believe in design, so why use design language? Phrases like “This was meant to be used in this way,” “Hands were meant to grasp,” “Male bodies were meant to fit into female bodies”—that “meant to” means that somebody designed them to do that when He made them. But if nobody made them, then nobody “meant” them to fit at all. Do you see that, ladies and gentlemen? The language is kind of incoherent.

Beliefs have to have justification or grounding. They have to fit in a worldview in a coherent way to be defensible. You can’t just pluck things out of the air and believe in them. Well, you can, but justifying them is an entirely different thing.

“I have a right to do anything I want.” People say things like that, but what does that mean? How do you justify that statement? A right is a particular kind of thing. A person isn’t saying that they are capable of doing anything they want or they can exercise personal freedom to do what they want, they are saying that they are owed the liberty to do whatever they want. That is what it means to have a right. Now, how are they owed? The language of rights implies a higher law. It’s a just claim to something based on some higher law. Where is that higher law? You see, that question is asking for justification or grounding in terms of a broader world view. Virtually everything in our lives, if we were careful in our thinking, would have to tie into a foundational worldview that gives sensibility to our beliefs.

Do you think that animals are different than human beings such that we can gas termites but not people? What grounds or justifies that distinction? As a Christian I think we’re aware that there is a difference and I have a way of grounding that belief or justifying it. I believe that there is a God who made human beings differently from animals. Human beings are made in God’s image so they have a different kind of value, a transcendent value. Animals have value that is not transcendent. Therefore, human beings, as an order of creature, are more valuable than any other creature. Why do I say that? Because of the grounding that I have in my worldview that God has made man in that way.

I want to tell you how Earth Day is a testimony to the existence of God, and how in the minds of most people who practice Earth Day it is completely contradictory to what they profess to believe.

Think for just a moment—and I don’t want to over-generalize here, but I think it is fair to say—what is the prevailing worldview of people who are involved in Earth Day? Would it be fair to say that they are naturalists? These aren’t biblical Christians. There may be some who believe in a god who is distant and removed, but most of them tend to be naturalists. They are into nature. Nature is really what is going on. Many of them will say that the belief in God and the Bible is what has caused the problem, so they have a contrary view. Some are New Agers, but characteristically they tend to be naturalists. What is a naturalist? It is a person who believes that the way the world is constructed includes only the natural order of things, the world and the physical universe and the laws of nature and that’s it. It is a closed system. There is no God on the outside who is interacting with the natural order, creating miracles or answering prayers. That’s just kind of the old pre-scientific way of looking at the world. We know better now that the earth is governed by evolution and the laws of nature so there is no need for God. That is naturalism.

Let me ask you a question. How does naturalism as a worldview ground or justify something like Earth Day? What does naturalism teach? Evolution. What is evolution? Survival of the fittest. What is that? That entails—at least in its broadest sense—that each species or population struggles to survive using all that it can in its natural resources (raping the environment, one might say) for its own benefit. May the best bug win. That’s kind of the way it works, isn’t it? In other words, the notion of individual stewardship seems to be completely missing from evolution. You don’t hear the locusts saying, “Let’s leave some for the boll weevils.” No, they want to eat the boll weevils out of house and home. That’s the way that works. In other words, the balance of nature is this: if nature is what demands and commands the flow of things, everybody fights like hell to survive and beat everybody else up and that’s the way they stay in balance. Everybody destroys everything else and in the process there is this balance. So in one sense, no organism can ever upset the balance of nature. In that sense, there is nothing that is unnatural. Everything is working together.

Given this foundation, where do you get the idea that man has a moral responsibility to care for and be steward over the natural realm? There is theological baggage even in the word steward because a steward is someone who takes responsibility from someone else and answers to someone else. If we are stewards and responsible, then we are responsible to someone.

So how do you make sense of this? You can’t make sense of it. But someone says, “It just seems right that we are responsible and we ought to be careful.” You are right. It does seem that way because that is the fact. That is true. We are responsible. But what is the grounding for that? There is no grounding for that in a naturalistic worldview. If we are responsible and ought to be good stewards, and there is no place for such a thing in a naturalist worldview, naturalism is false because it doesn’t give an accurate and complete picture of the world as it really is.

In what kind of world does Earth Day make sense? Well, in a world that has a God Who has given stewardship to man over His creation such that man is then responsible to Someone, the Owner of the garden, for taking care of the garden. Now, that makes sense. No problems there. It is fully grounded. We will have an Earth Day because we owe God responsible behavior with regard to the planet that He has given us. Now Earth Day makes sense, but guess what? There is something else that comes along with the package because that is the way world views work. God comes with the package with a whole bunch of other things that most people don’t want to mess with. Like morality that relates to personal behavior. They don’t want that, you see.

By the way, there is another little tweak in this. It is not nature for nature’s sake, it is nature for man’s sake. That is part of the puzzle as well. Human beings aren’t on equal par with all the rest of nature. They are different because God made them different.

Now, you have a choice. You can accept one or the other worldview. But I want to say, if you are going to be intellectually honest, you should live consistently with whatever world view you believe is correct. If you think naturalism is correct, then don’t complain about raping the environment. Not only does that not make sense, it is fully consistent with naturalism. It doesn’t make any sense to place moral values at all on man’s conduct.

If you think we ought not rape the environment, then the reason is that we have a stewardship. But then you’ve got God in your lap, as well, and a whole bunch of other things come with it, too. That’s the way worldviews work.