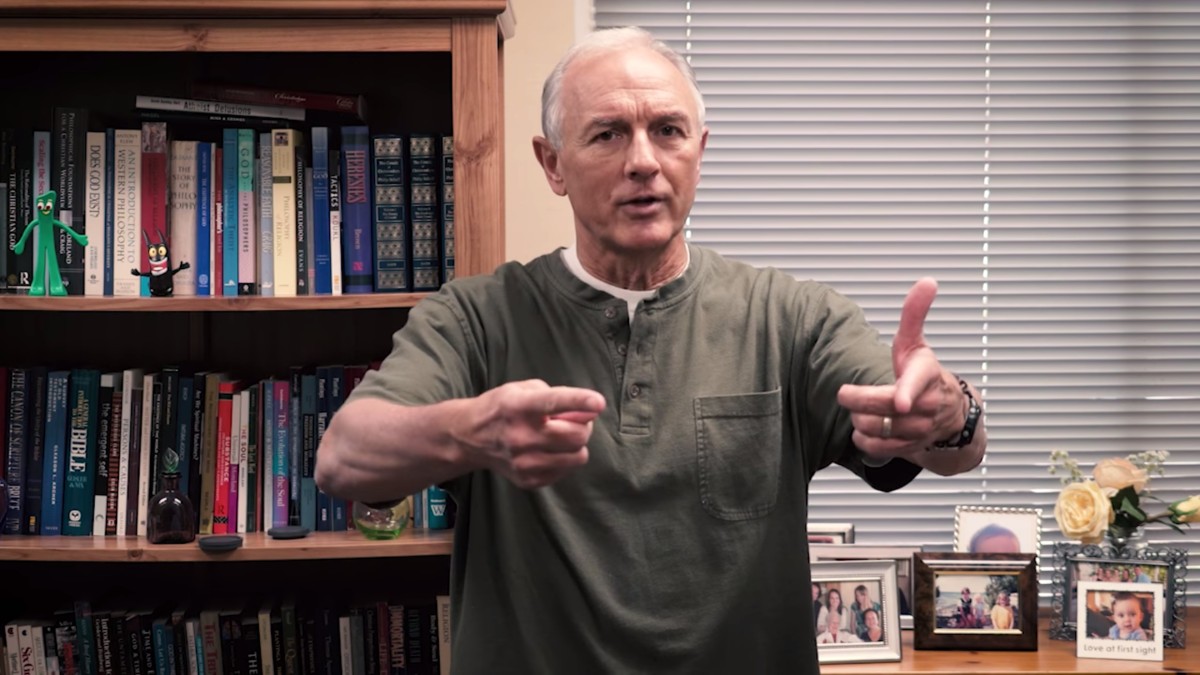 So you’re kind of stuck with a system where God makes the moral rules and He also oversees them, but there’s a fundamental flaw I think in the whole enterprise, okay. Is it the case that all moral behavior—just think about it—that all moral behavior is somehow disqualified from being really good if there is a reward involved or if there is a threat of punishment? I don’t think so.

But what about additional stuff? If I am nice to Grandma just to get the inheritance, obviously that is an illicit motivation for being nice to Grandma. However, if I’m seeking to be a noble virtuous person in order to honor God, and bring pleasure to God, and to be closer to God, well there the reward, so to speak, is the appropriate satisfaction for the behavior. Now C.S. Lewis talks about this—I wish I could remember exactly where it is—but he points out, sometimes there are illicit motivations for doing good, and that does undermine the goodness of the action, just like being nice to Grandma for the sake of getting the inheritance.