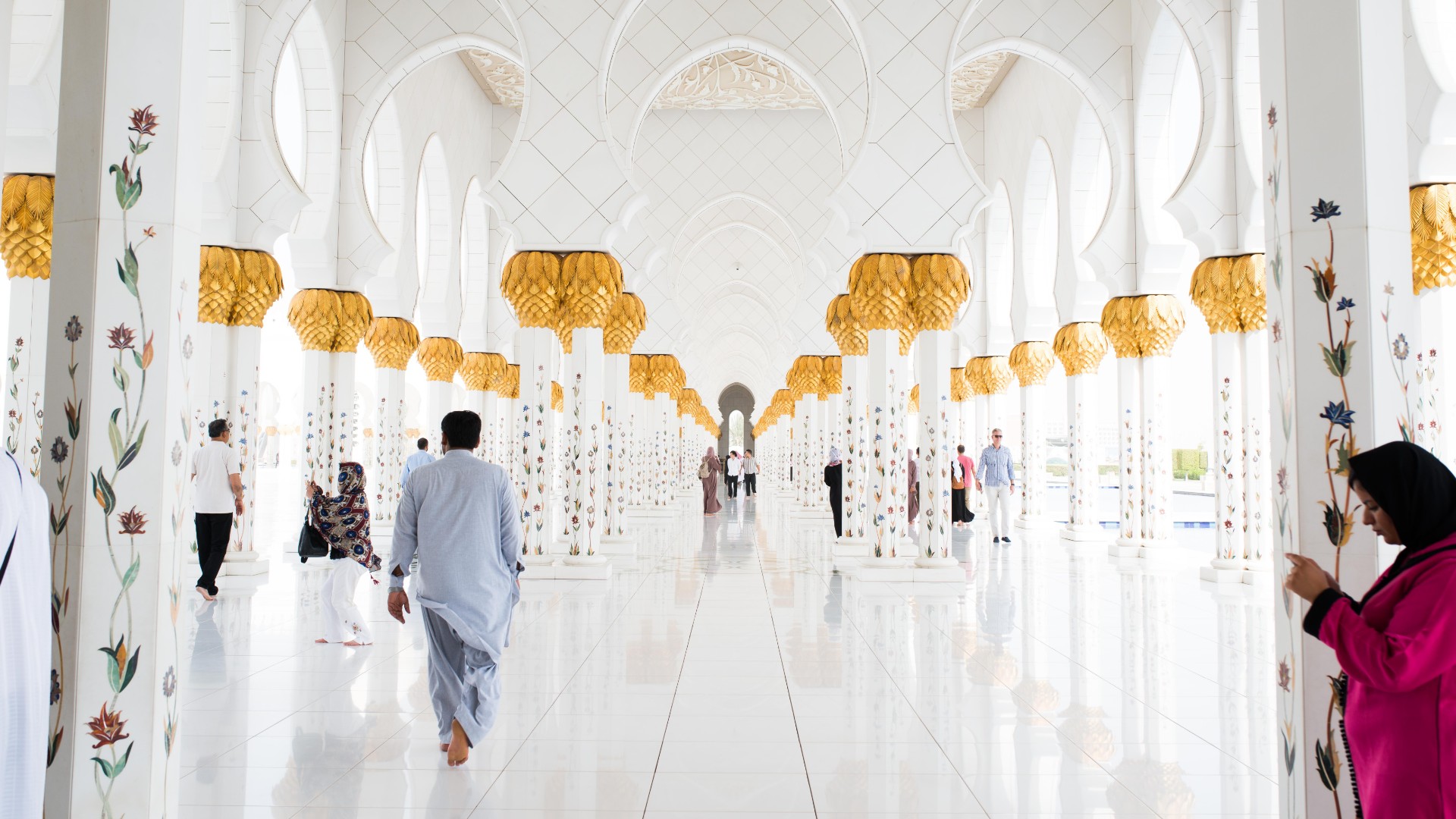 If there is no truth, that’s precisely the reason we should not be open-minded to other people’s points of view.

It is true that every Bible passage is open to interpretation, but oftentimes the way that objection is raised is to discount one person’s particular interpretation. That objection doesn’t really do that. Everything needs to be interpreted. In fact, the words you’re listening to now need to be interpreted by you because I must use language to communicate my thoughts to your mind and you must understand that language before my thoughts can become your thoughts.

If it’s true that everything needs to be interpreted, it does not also mean that it’s impossible to know anything, because interpretation is not a willy-nilly type thing. It’s not a matter of us taking a verse and applying any meaning to it that we want. The issue, when it comes to interpretation, is to try to determine what the intent of the original writer or speaker was. What were the thoughts of his mind? So we go through a process of reasoning to determine the factual information that the writer was seeking to communicate to the listener or to the reader.

What one needs to do is not raise that objection but point out why my interpretation does not naturally follow from the words of the text. This is very important when dealing with points of view that are different than classical Christianity.

Yes, there are interpretations that are wrong that have some merit. You say, “How can a wrong interpretation have some merit?” What I mean is that there is evidence that a person can offer that their interpretation is a reasonable one. But it may be that there are better reasons to reject that interpretation and accept another interpretation. What I try to do is be as fair as I can with people who differ from me. If they have made a point that is reasonable or fair or can be made from the text, I try to acknowledge that. But acknowledging that their particular viewpoint is a possible way of viewing the text doesn’t mean I think it’s the best way or the way that the writer intended us to view it. So I try to give credit where credit is due and then also try to persuade somebody why that isn’t the best way of looking at it. But the fact that there is evidence on one side and I have evidence too doesn’t necessarily mean it’s a toss up.

What I’m saying is that each text has an interpretation, and the interpretation is ultimately what the person who was writing was trying to communicate to his audience. Our job is try to use good reasoning to get at the heart of it. But that doesn’t mean that everybody who works with reasoning comes up with a good interpretation; some have better reasons than others, so it’s not a toss up.

This is why we talk doctrine here. We discuss what the words mean because we believe that in God giving us the Scripture He is giving us something to understand. He’s trying to communicate truth to us and truth is a very particular thing. We don’t draw back from truth because we don’t like what it says, it’s a little too pointed, a little to hard. We don’t just get the general spirit or flavor and say it’s just about love because there are distinctions in that law that disallow us from doing that sometimes—not always, but sometimes.

I want to put this whole issue of the spirit of the law, letter of the law, verses and interpretation in it’s context. And I hope what you see from me is my attempt to interpret critically, in other words, not just to read a meaning into the text or to offer you an explanation of what I think it means because that’s not an argument, that’s a position. An argument comes after the position. The argument is the support one offers for their position or opinion. That’s the critical thing in understanding the Scriptures.

Part of the whole concern of this “your interpretation” business is rooted in our conventional notion of pluralism. Now, I’ve spoken about this before and I’ve made the point that words have changed their meaning in the last ten, fifteen, thirty years. The word pluralism is one of these words. The word pluralism meant that in the marketplace of ideas, in the public forum, we could discuss our points of view and everybody had a right to voice their point of view. The marketplace was where everybody got to have their say, put their two cents in as it were. Everybody had input. But the notion now has become that there is no particular viewpoint that is any better than anybody else’s viewpoint. This has happened as a result of the relativizing of truth. In other words, no one believes that truth is truth anymore; it’s somebody’s opinion. If that’s the case, if there is no truth then there is no truth to argue for. There is just the giving of opinions.

It puts us in a very unique place because we still have people that say they’re searching for truth, but they never have any hope of finding it. If you’re searching for truth, you’re a true seeker and you’re enlightened. But if you find truth then you’re a bigot because you’ve suddenly become narrow-minded. What that has forced upon us is a circumstance in which we search for something that we are never allowed to find. If truth is relative then there is no truth to find because truth is a matter of my own opinion and I can’t improve my truth. It’s just a matter of my own opinions.

This is why the idea of argumentation in it’s classical sense has been lost. When people have a difference of opinion it’s now viewed not as probing intelligently to find what the truth is, but it is viewed as mean-spiritedness and hard-headedness because one person is trying to force his arbitrary opinion on someone else and that’s impolite. In this culture we don’t do that and it’s all because we’ve lost the notion that there are in fact things that are true.

I was talking with Frank Beckwith from UNLV on Thursday morning and he was telling me about his sister going to Loyola Marymount. There was a nun that was teaching one of the classes. She’s a liberated, intellectual nun and she started the class by saying, “Since there is no truth that we can all know, we should be open-minded to other people’s points of view.” His observation was a great one. He said, “If there is no truth, that’s precisely the reason we should not be open-minded to other people’s points of view.”

If there’s no truth what are we doing here? Who cares what another person’s opinion is? I have my own opinion and that’s all that is important. There is no way that I can be enlightened and improve my point of view if there is nothing true to shoot for. This is why in the book The Closing of the American Mind the argument was that if there is no truth then the mind truly is closed. If there is something absolute then the mind is open to search for that and to garner arguments on the basis of that.

When I talk about arguing on this program I don’t mean banging heads and being mean-spirited. That’s not my intention here. Sometimes that may happen and that’s unfortunate. But my goal is to discuss intelligently with an aim to discover that which is true and right and good objectively, something that is out there that is true and right and good, something that we can both discover. It isn’t just a matter of throwing some opinions about and one person trying to force his opinion on someone else.

It’s this kind of disputation that is unfortunately becoming rare in the marketplace because it is interpreted as being unfriendly and mean-spirited and impolite because in a pluralistic society we don’t do those kinds of things. If we say one person is right we’ve got to say somebody else is wrong. We want to be open-minded. It’s that kind of open-mindedness that leads to the comment you’ve probably heard, “Don’t be so open-minded that your brains fall out.”

We can’t say anything is true because we might imply that what someone else says is false. That’s exactly the point. That’s the whole reason to pursue truth—divide truth from error. If those people are in error, something bad is going to happen to them. They don’t know what is true so we seek to correct each other. It doesn’t have to be done in a harsh and mean way, but we need to make those kinds of distinctions. If we are people who say that there is no truth, there is simply relativism, everybody has their own opinion then why talk? Why even discuss it, unless it’s just for fun? What’s the point?

But if there is something, by God it’s worth talking about. If there really is something out there it is worth disputing over.